Left home in the middle of the night and went with Meidad to check one of the most important sites in the Arava valley for Hoopoe Lark and other larks. In previous years it was an amazing site - check this report from 2010 for instance. So expectations were high, especially after the good winter rain. But in fact we had an amazingly quiet morning. In about two hours of birding we had only 6 birds(!): two Asian Desert Warblers, two Brown-necked Ravens, one Bar-tailed Lark and one Hoopoe Lark - heard it several times and glimpsed it once. I have no idea why it was so dead. There is some germination in the wadi, and some bushes are in flower, and weather was OK. I do hope that in my next visit things will look better. Driving in, before dawn, we had one cute Lesser Egyptian Jerboa. 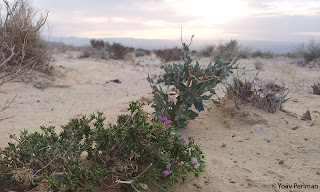 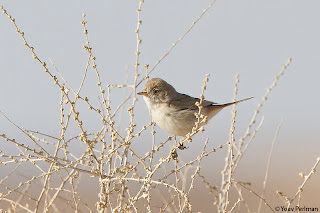 After a couple of hours we wanted to go somewhere with birds. So we went to Hameishar Plains  - it was very good there, just by the road. Highlight was four pairs of Cream-coloured Coursers, busy courting and copulating. In addition, large numbers of Trumpeter Finches, Chiffchaffs and Isabelline Wheatears, and some Rueppell's Warblers too. Mammals included seven Wild Ass and some dorcas gazelles. 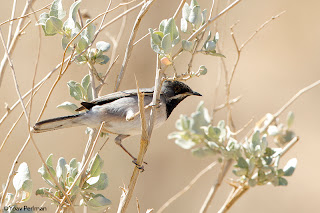 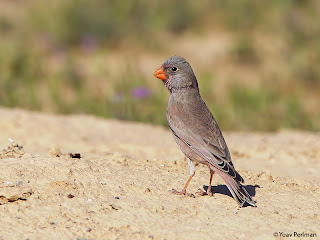 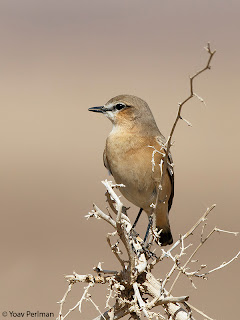 On the way back home I spotted a Griffon soaring low over the road south of Be'er Sheva, quite unusual there. I took some images - it's ringed of course. According to data provided promptly by Ohad Hatsofe (NPA), this individual hatched prior to 2001, was ringed in 2005 in the Judean Desert, and was last resighted in 2011. Thanks Ohad. 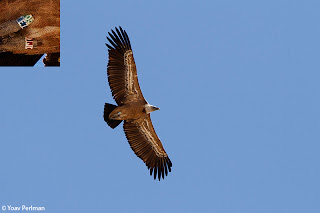 I had a quick look at the Yellow-browed Warbler found by Avner Rinot almost two weeks ago on the outskirts of Beer Sheva - it was rather shy and skulky, perhaps due to the strong wind and high temperatures. Good bird nevertheless.