As part of the national wintering raptor monitoring project I'm coordinating, I did a long driving transect in the NW Negev - Saker country. Again it was a good day, good weather, lots of raptors and good company in the form of Jonathan. We had two Sakers - both young birds. This is bird number one - very large individual: 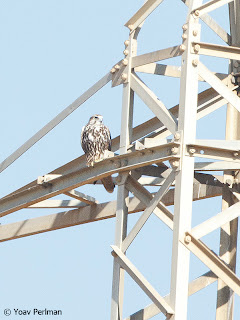 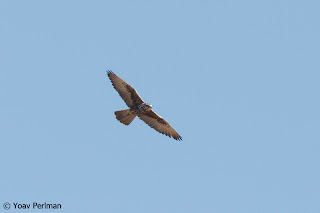 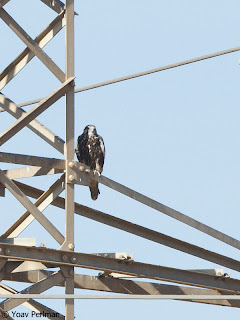 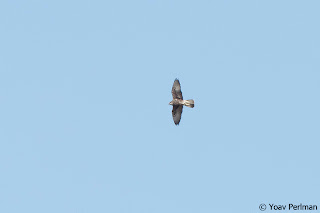 Most prominent raptor was Long-legged Buzzard - what a fantastic year for them. We counted 25 birds just along our 10 km long transect. 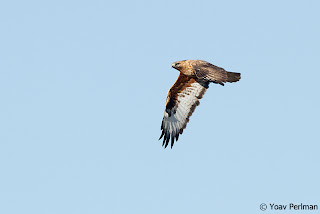 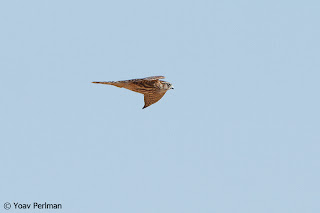 It was nice to see the Sociable Plover flock increased to 20 birds. 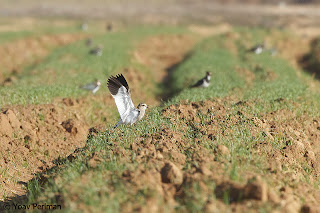 This image was actually taken near my house. A small field was plowed yesterday and had impressive numbers of eagles - 4 juvenile imperials and three greater spots, plus tons of buzzards and kites. This early morning only the buzzards were left. This young bird was assessing the fat reserves on my two neighbours doing their morning walk. 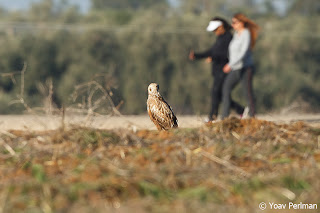