This morning I went with Meidad to check some territories of Arabian Warbler in the acacia savanna near Hazeva, in the N Arava Valley. We spent most of the morning with Oded Keynan - thnaks Oded. Arabian Warbler is one of Israel's rarest breeding birds, with less than 20 pairs found during the recent atlas project in the Arava I coordinated; most are found near Hazeva. This decline in Israel reflects the poor state of Israel's acacia savannas.
Following some surprising rains and floods earlier in autumn, parts of the acacia savanna are blooming nicely, and in response this year Arabian Warblers started declaring territories and courting earlier than normal. I don't believe they breed now - the nights are too cold, but for sure they are getting ready for the breeding season.
Anyway, rather quickly after dawn we found a pair, loafing in the acacias. The female was rather shy, but the male was very curious and came to check us out. He also foraged out in the open, often very close to the ground. He didn't sing much though. The second male we found, in another location, was singing constantly, but showed less well.
They are such charismatic birds. With this huge black tail, lovely black hood with smart white eyering, I find them very attractive. They have a unique 'move', jumping around in the trees much slower and calmer compared to other hectic sylvias, constantly waving their tail from side to side. I hope that this series of images succeeds to demonstarte this.
For me this was a very special morning. I have seen them many times before, but this is the first time I get proper images of these critically endangered birds. 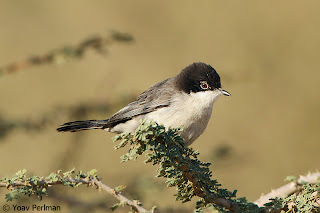 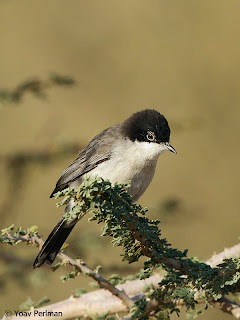 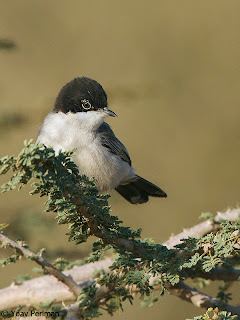 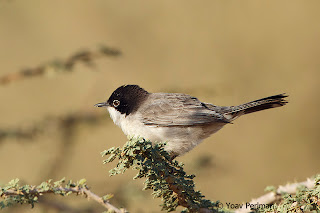 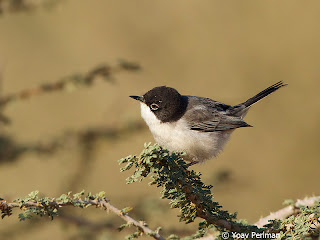 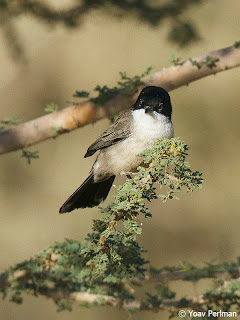 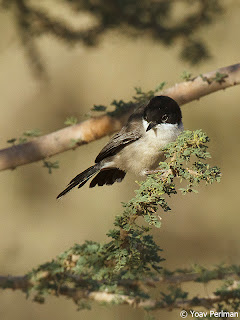 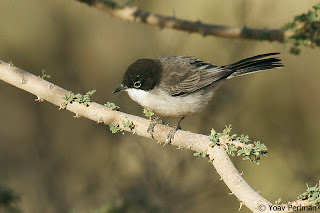 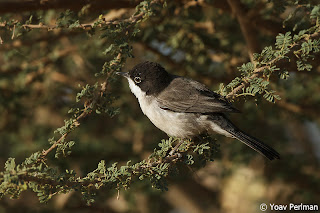 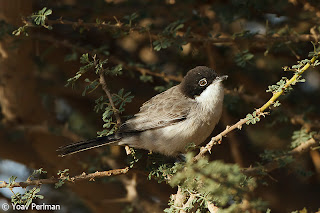 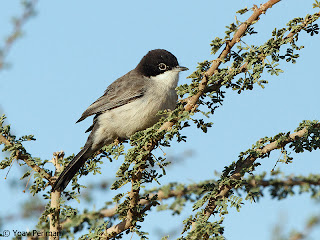 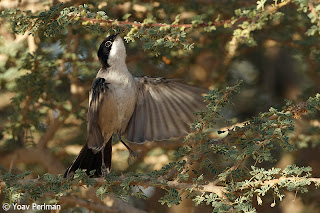 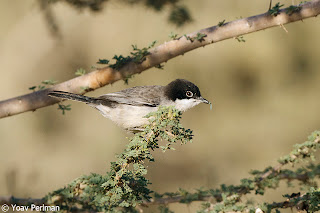 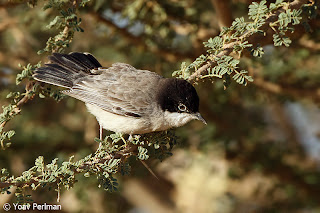 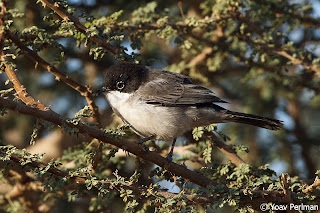 During the morning I managed to get some poor recordings with my phone - it's time for me to purchase a proper recording system.

Didn't see to much else. Some Spotted Sandgrouse flew over, and other desert species. This is a Blackstart from the rare unringed subspecies: 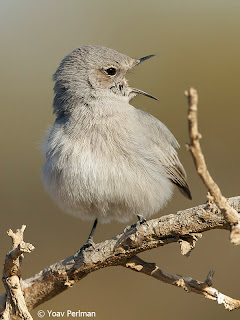 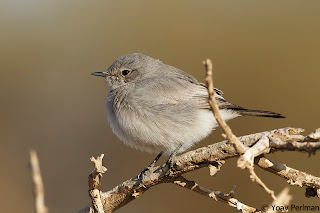 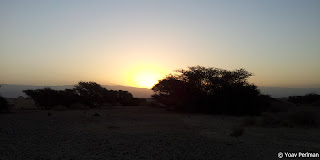 Merry Christmas to all my readers in the world!
פורסם על ידי Yoav Perlman ב- 8:02 PM