Went to the Safari Park in Tel Aviv today to collect a rehabilitated Caspian Gull. Checked the gull flock near the lake there, and found two of my Yellow-legged gull rings there, plus another one I was unable to read. 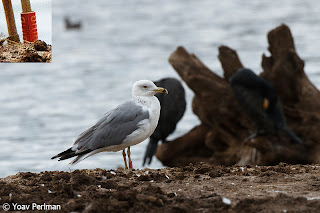 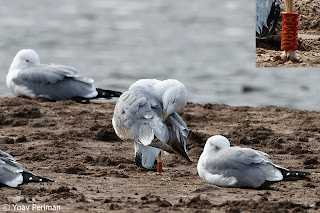 Among the 25 adult yellow-legs, had this large pretty individual with all-white tip to P10. This pattern is never seen on our breeding birds. Also rather little black on wing, only to P5. Wonder where this bird comes from. 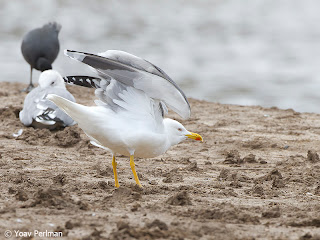 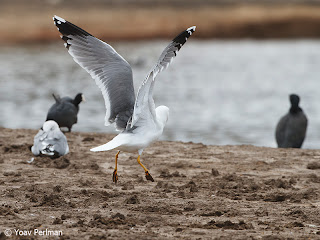 This is the 1cy Caspian Gull after I released it, at Ashdod. It flew well and looked very vital. Respect to the Wildlife Hospital team! 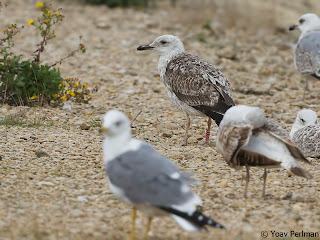 At Ashdod about 500 large gulls but I had little time to work through them. Nice numbers of baltics, heuglin's, caspians etc. One or two barabensis.

Who unscrewed my head? Heuglin's Gull. Note P10 is still growing, typical for these late moulters. 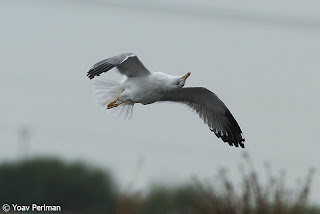