This morning I joined a pelagic trip organized by Shachar Alterman. We had a large team of Israeli birders, including most of Israel's highest listers. Thank god the boat didn't sink - Amir Ben Dov would've been first!
We left Ashdod just after 08:00 and headed NW. The sea was rough, and most of us added a considerable amount of organic material to the marine ecosystem. After getting deep enough we started chumming. We had some fish liver oil with us, a few drops on the water, and 30 seconds later - magic! A Leach's Petrel appeared out of nowhere and hovered around the boat for about two minutes, at times pretty close, and then vanished. It was very sweet and very short. I managed only these five sharpish shots in bad light:
Leach's Petrel 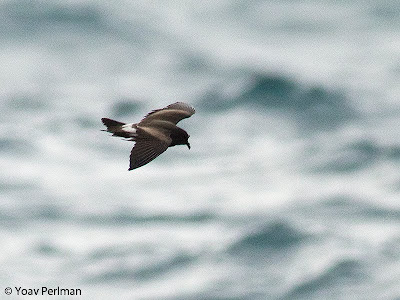 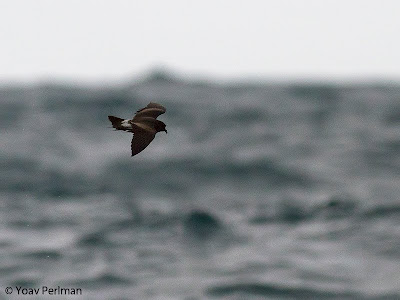 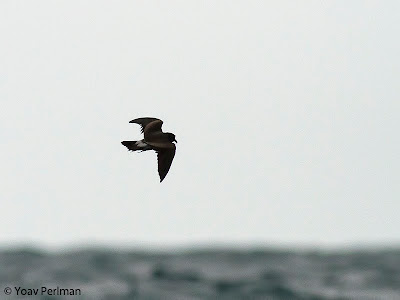 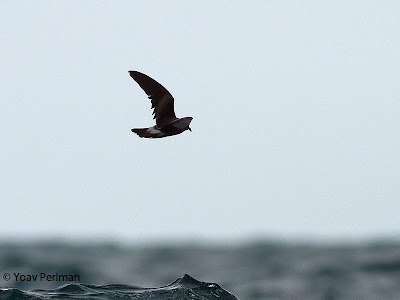 But anyway it was a very good start, that gave us motivation to continue even though most of us were already pretty green-faced. In fact the next couple of hours were pretty slow. We managed to bring quite many gulls in to feed on our chum but nothing else.
After some hours we reached the portal where the Shifdan (Tel Aviv metropolin sewage treatement facility) brine gets dumped into the sea. There was very good activity there with many hundreds of gulls, and good action of skuas and gannets. The weather also got brighter, compared to the very dark conditions earlier on. We wished we had arrived there earlier - that's a place worth spending a day at. Next time. On the way back we saw very little.
Gannet - 3cy? 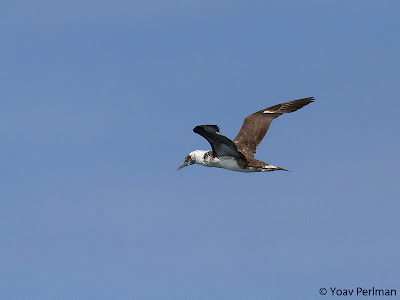 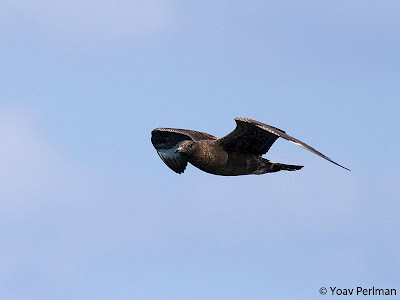 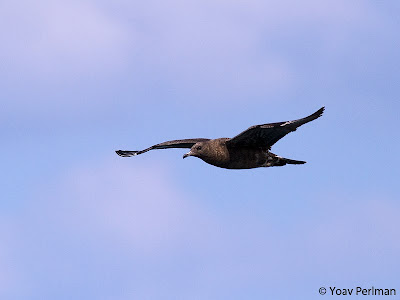 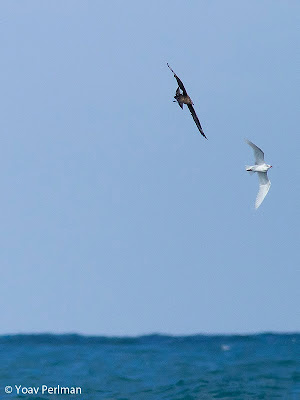 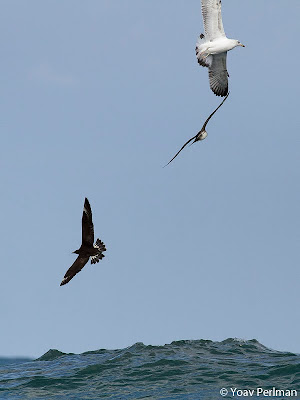 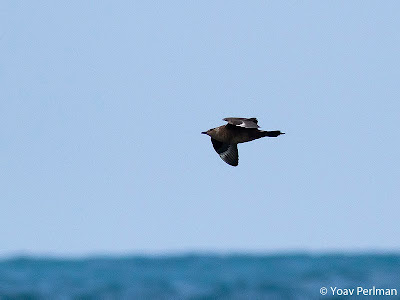