Some images from this morning

Went down to Kikar Sdom early this morning. I showed the site to Amir Balaban - he's filming a program on the saltmarsh and its conservation problems. I had to be quiet while he was filming so clicked only few times, but still some nice birds:
Hooded Wheatear - 1cy male 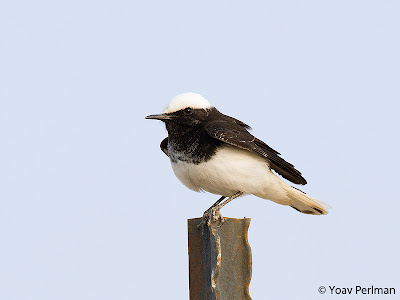 At this time of year they typically descend from the mountains into the valley. This bird chose an ugly rubbish dump as its territory. 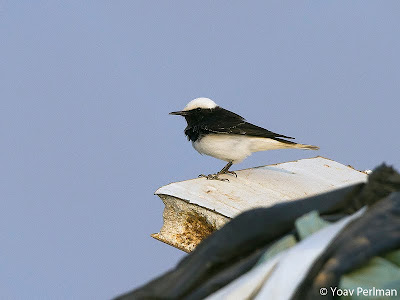 A few Namaqua Doves around. Here's an adult male with a 1cy male during its post-juvenile moult. 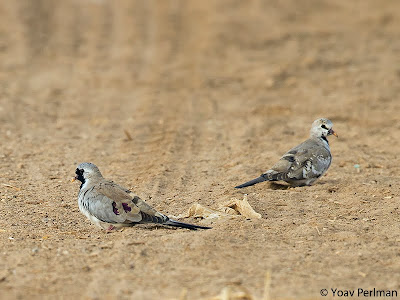 Only when I looked at the images when I got back home I noticed a Desert Finch had flown through the frame without myself noticing it.

Nice Little Green Bee-eater action - as always I can never resist photographing them: 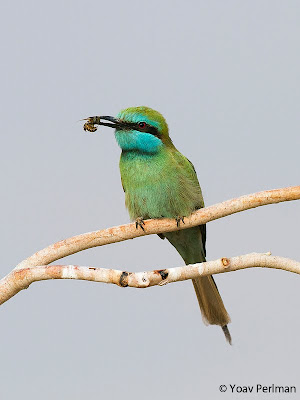 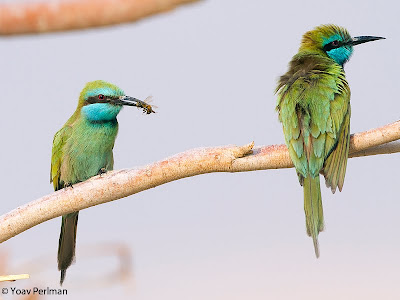 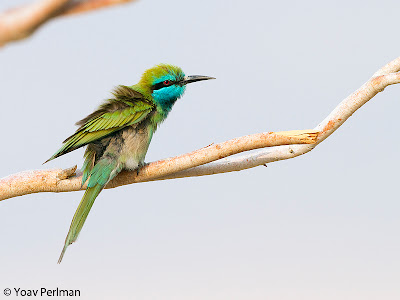 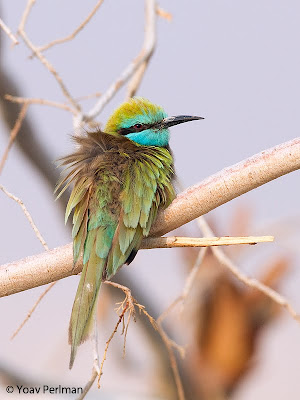 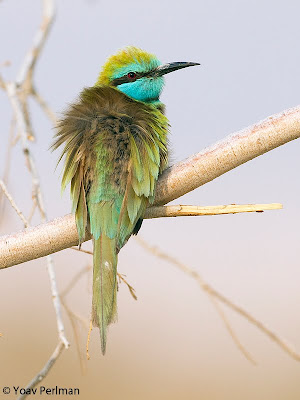