Spent the first half of the day in front of the computer. I finished my daily assignments earlier than planned, and I saw out of my window that the wind was blowing hard. So I decided to give Ashkelon a try, and headed out there for a couple of hours of seawatching. The conditions were pretty rough with very strong wind and heavy downpours occasionally.
Apart for many gulls there wasn't that much to be seen, but still some OK stuff - Sooty Shearwater, Arctic Skua, two Gannets. Nine gull species were nice: 1 Little, 2 Pallas's, Siberian, Caspian, Armenian, Baltic, Slender-billed, Black-headed and this very beautiful 2cy Mediterranean Gull. I really love this plumage.
Mediterranean Gull - 2cy 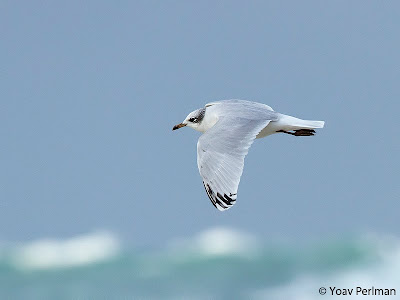 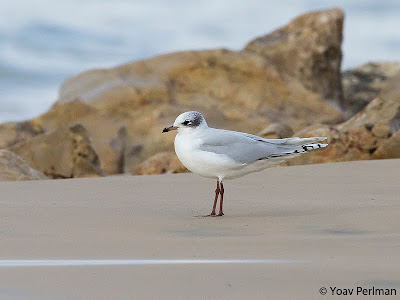 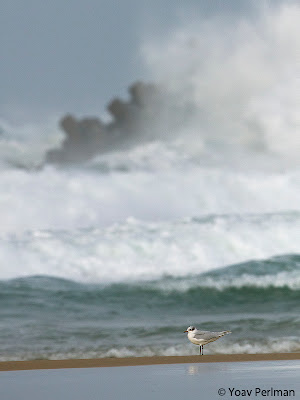