Had a drive through Urim area this morning. Just as I drove in from the east I got a call from Avner & Carmel, who had just found the flock of 14 Sociable Plovers right by the main road on the western side (thanks guys!). So I headed over there and had a great time with these super birds. Apart for being Crticially Endangered, they have real charisma - I guess mainly because of their striking head pattern. It is always a treat to see one, so such a friendly flock was really terrific. I spent about an hour with them, at a safe distance, and they were very calm. Too calm in fact; apart for sleeping, looking around and some preening and wing stretching they actually did very little.
10 of the birds were young, with conspicuous pale tips to mantle, scapulars and upeprwing coverts. I don't know if that's good or not but at least they reproduce somewhere. None had rings or transmitters on - I wonder where our birds come from.
The Urim area is a traditional site for this species. In the 1980's and 1990's numbers were higher, but during the last decade these are the numbers more or less. Even though the whole region has gone through some serious habitat changes, namely more orchards and less open fields, it is encouraging to know that these birds are still loyal to this site.
Sociable Plover - 1cy 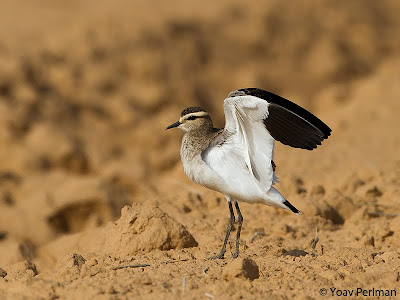 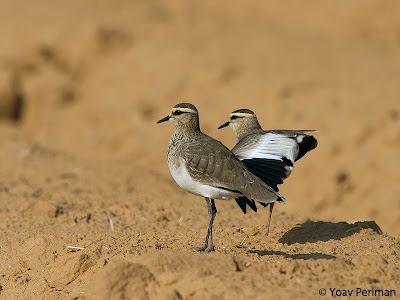 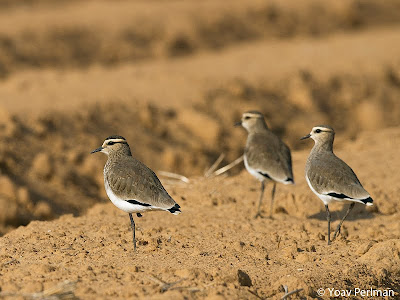 And in softer light: 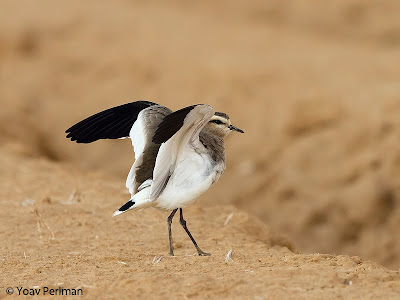 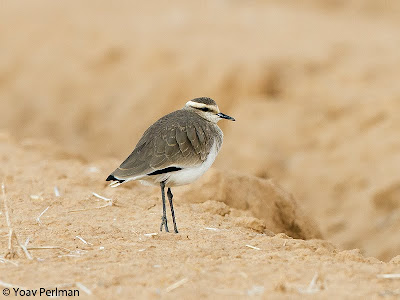 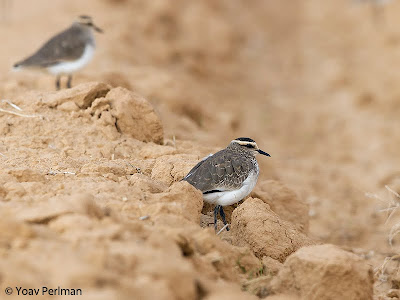 Together with them, but more distant, were two Dotterels. Later on I saw two more flocks of about 20 birds.
There were pretty good raptor numbers, with about 6 Eastern Imperial Eagles, including this majestic adult - lucky I was not standing under the pylon:
Eastern Imperial Eagle - adult 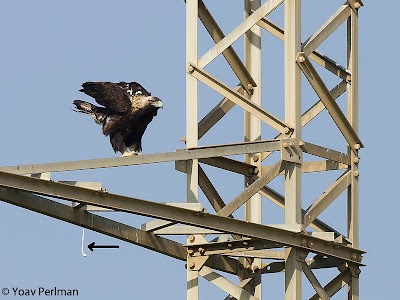 4-5 Peregrines were feeding on the tons of skylarks, starlings and pigeons. It was nice to photograph this peregrinus-type Peregrine (thanks Barak!) perched on an object which is not a pylon:
Peregrine - peregrinus-type - 1cy 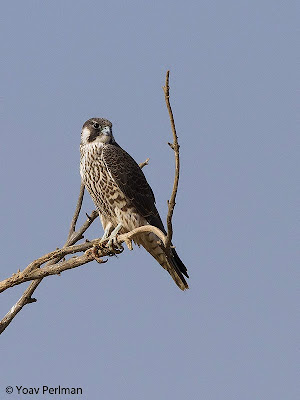 I saw also 1 Saker but it was distant and very fast. 3-4 Merlins were flying around too, including this juv.: 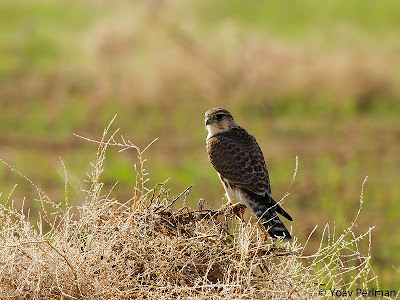 Huge flocks of Spanish Sparrows concentrate on large bushes. But to my eyes each one is a beautiful bird: 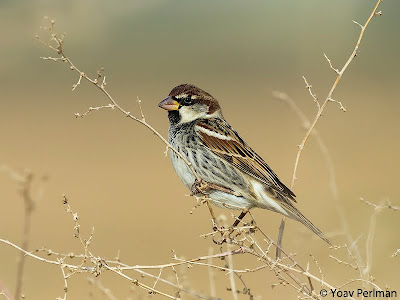