The Golan is on fire!

This morning I went with Ron to twitch the Firecrest found by Frank & Tuvia yesterday. It was a long drive but we arrived early enough to enjoy the terrible weather - cold, windy and heavy fog. We met up with quite a few others, and rather soon the bird was relocated in the same grove where it was seen yesterday by Barak, Avner and Eyal. It behaved very badly - it was silent and went missing for long periods, and I got only one very short glimpse of it during the first part of the morning.
We decided to walk around a bit until the weather improved, and went to search for the Radde's Accentors nearby, found by Barak et al. about a week ago. After a short search the two birds were relocated, and one of them showed relatively well, feeding out in the open. Photography was hard though - when the light was good it perched on an ugly fence, and when it perched on a nice branch it was against the sun. However it's a great little bird and I was very happy to see them.
Later on we returned to the firecrest grove. The weather became a bit more bearable, and the bird showed slightly better. I managed to grab a couple of record shots.
This is the only semi-decent one:
Firecrest - 1st for Israel 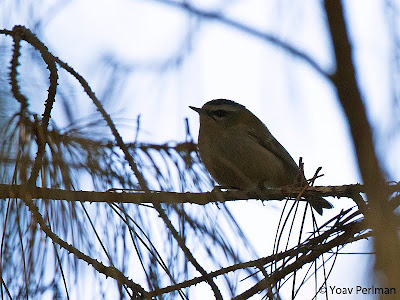 This one is closer to impressionist art: 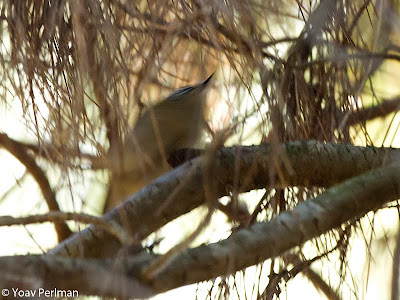 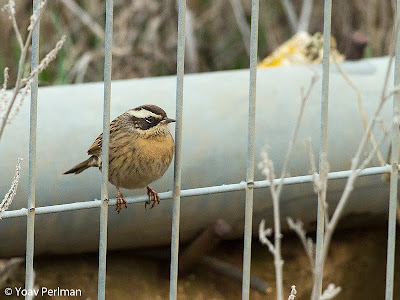 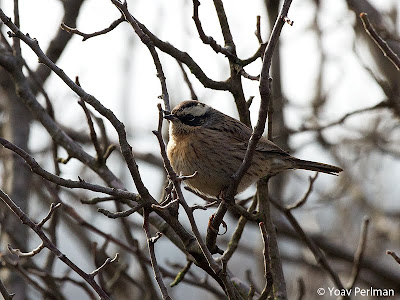 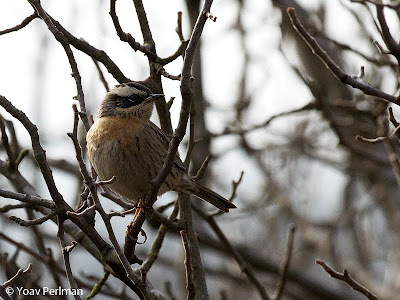 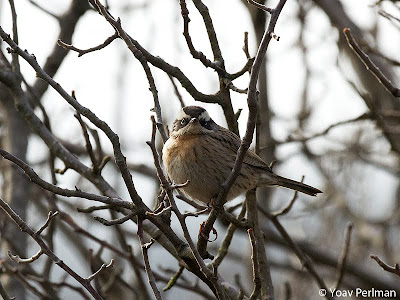 Again - congrats to Frank and Tuvia for this great find. But next time, guys, please try to find a mega a bit closer to my house. I am tired of all of this driving around.
פורסם על ידי Yoav Perlman ב- 3:33 PM