Ngulia lodge, in Tsavo West NP, is probably one of the best ringing sites in the world. At least in terms of volume, it must be the busiest. The main story there is of course the huge migration of Palaearctic species, that during specific weather and moon conditions get attracted to the lodge's lights in their (tens of?) thousands. Most of this ringing takes place at night and during the first hour of the morning. But during the rest of the morning, a steady flow of Afrotropic species arrives at the ringing tables. During my stay I never sat at the 'Afro table' and was always busy processing the migrants, but still I managed to get some images of the more attractive Afro species. Many of them perform intra-African migration, and it is very interesting to study these little known species. Ageing them is especially challenging, as breeding seasons close to the equator are much more flexible, and ageing birds according to a calendaric date is pointless.
Anyway, here's a small selection of what we had during my stay.
First, a female African Paradise Flycatcher, that are quite common in the park: 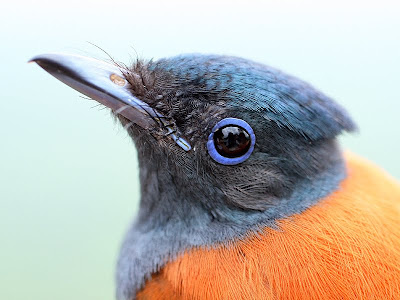 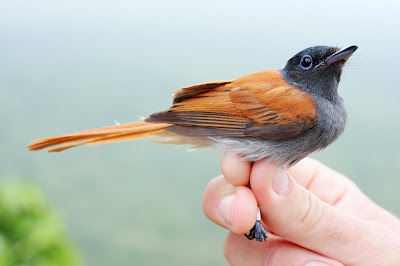 One of the better birds we had was this pretty male Somali Golden-breasted Bunting: 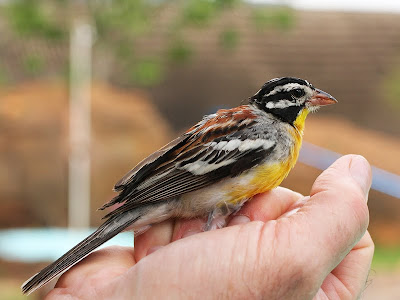 Another good bird was this Lesser Honeyguide, but it was a nightmare to photograph: 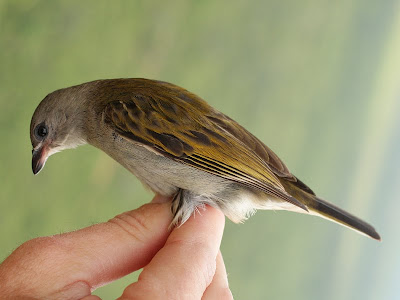 Blue-capped Cordon-blue's are quite common in the park, but are amazing birds to ring, almost too pretty to be true: 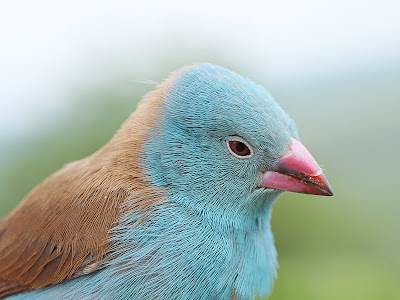 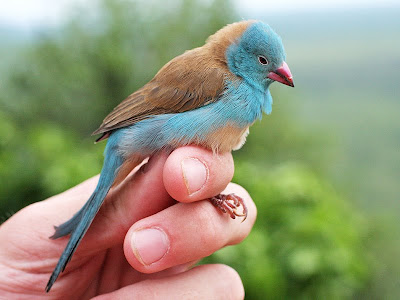 Another sweet little finch trapped in some numbers was Crimson-rumped Waxbill: 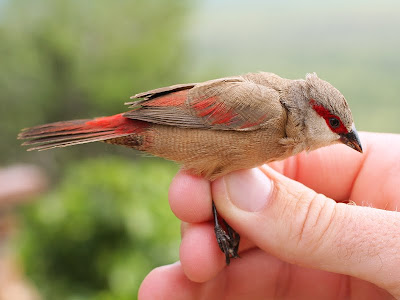 The poolside at Ngulia is probably one of the most beautiful ringing sites in the world. This is the view of Tsavo West NP from the ringing tables: 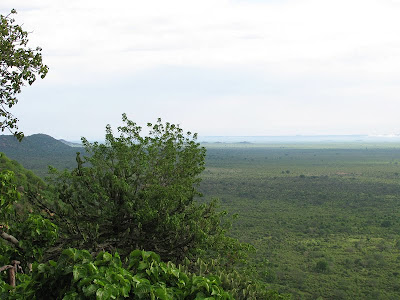 With the occasional distraction slowing down the ringing speed, such as a Verraux's Eagle flying past or this Bateleur that had a nest very close below us: 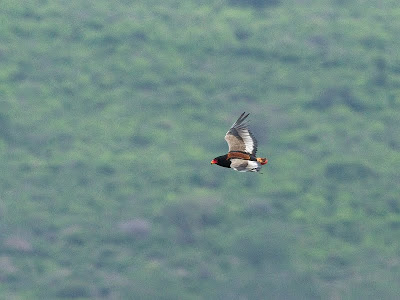 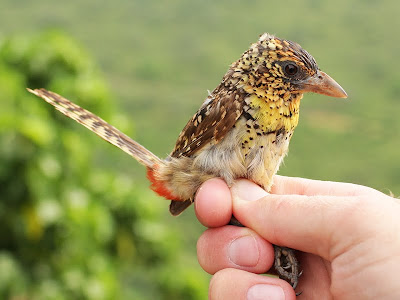 Yotam and Ora couldn't resist photographing this guy either: 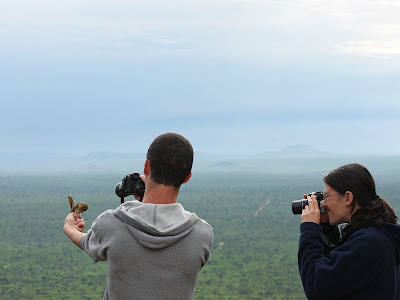 Harlequin Quails are intra-African migrants and were caught in large numbers both at night and during the day. The males are terrific birds: 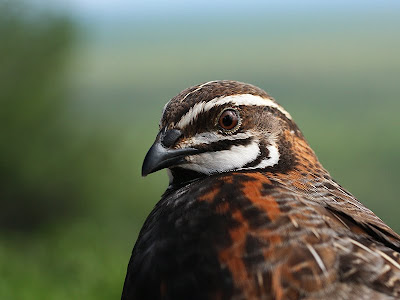 This years' session was very good for nightjars, with 63 individuals of four species (thanks David for the totals!). This is the commonest species - Donaldson's Smith's Nightjar: 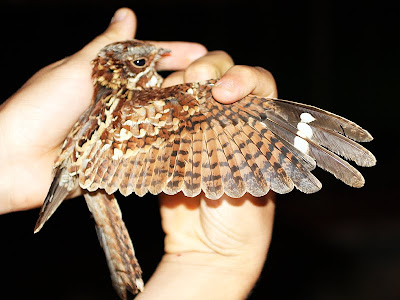 As mentioned above, the main work at Ngulia involves monitoring migrants. The main three species are Marsh Warbler (AP, or HP according to Jonathan), Thrush Nightingale or Sprosser, and Common Whithethroats that can be a headache to age. This is what we were hoping for during the first three nights, and happened only on the fourth night - massive ringing: 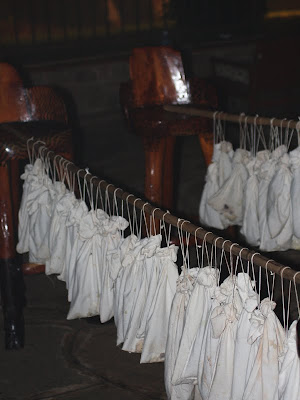 Basra Reed Warblers are globally endangered, and it was great to study them in good numbers at Ngulia: 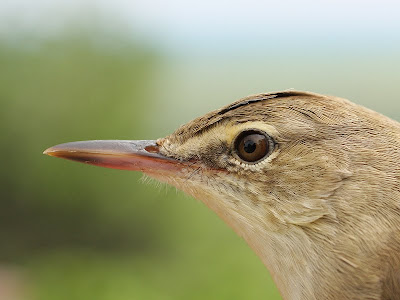 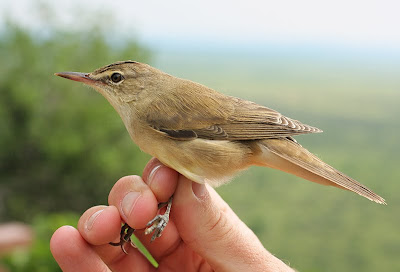 On our last morning at Ngulia we caught a couple of Rock Thrushes. They are quite common down in the Plains, but apparently few climb up the mountain to the lodge: 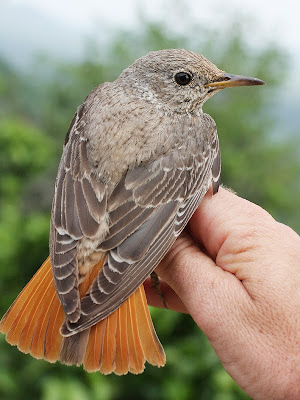