This morning I visited one of the most productive atlas boxes in the Arava together with Jonathan. We went there with very careful optimism, as we assumed that all breeding larks will have dispersed by now. But in fact we were surprized by the terrific lark activity. Most species were still feeding young of their third breeding cycles - quite amazing for the normally hyper-arid Arava. We had good conditions - bearable temperatures and no wind.
I must admit that most birds were in quite ugly plumage - either juveniles in post-juvenile moult, or adults in post-breeding moult.

Best larks of the morning were Thick-billed Larks - we had at least one pair; the female was flying around with food, so I guess it had juveniles waiting for it somewhere in the adjacent hills. I did not manage to get any images of them unfortunately. This is REALLY late for these extreme nomads.

We had two or three Hoopoe Larks. We got good views of a female feeding a juvenile, and another flying bird which might have been a third individual. This is the female, looking for insects in small bushes. Not very attractive, is it? 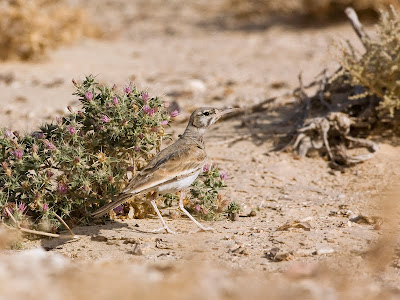 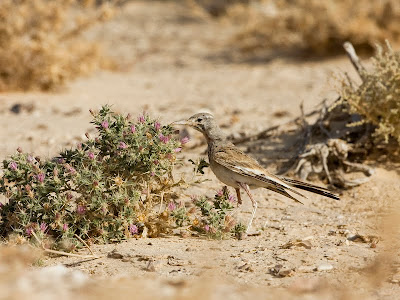 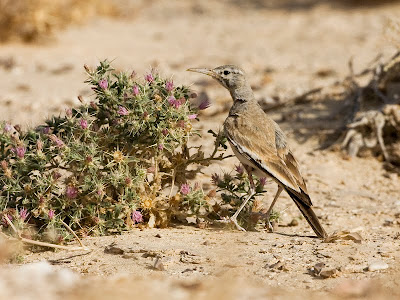 We had a very mobile group of six juvenile Temminck's Larks. To my best knowledge they did not breed there, rather somewhere higher up in the Negev. All I managed to get out of them were these poor record shots.
Temminck's Lark - juvenile 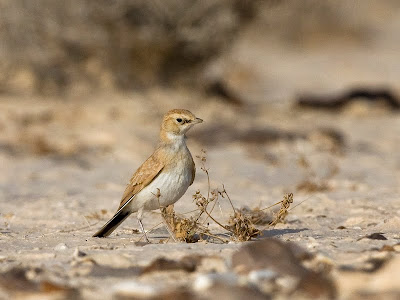 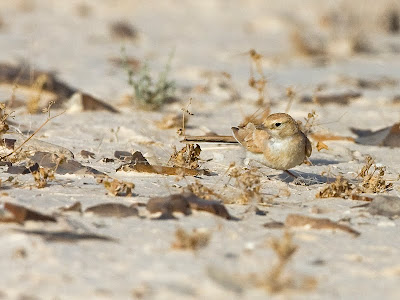 The commonest bird present was Bar-tailed Lark. We had over 30 individuals, most were juveniles moving around in small groups. This must have been a super breeding season for this scarce species.
Bar-tailed Lark 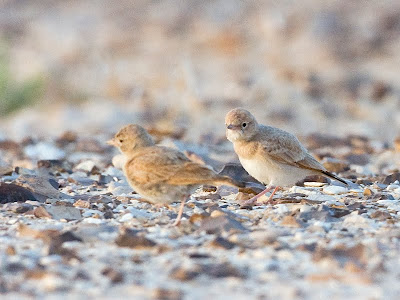 Some of the juveniles were very inquisitive and walked right up past the close-focus distance of my lens: 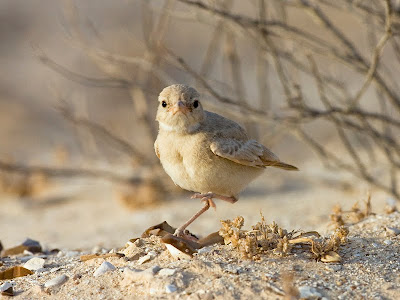 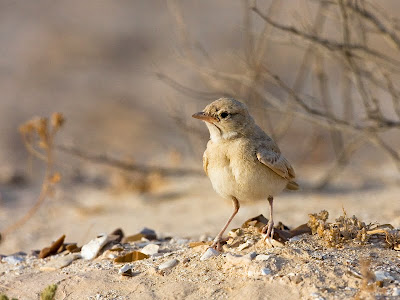 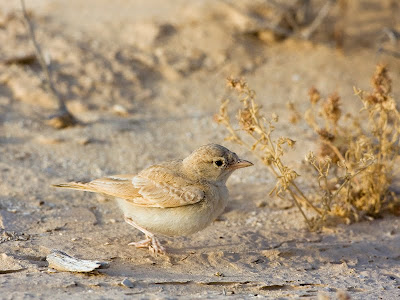 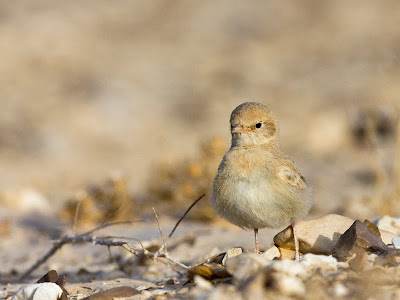 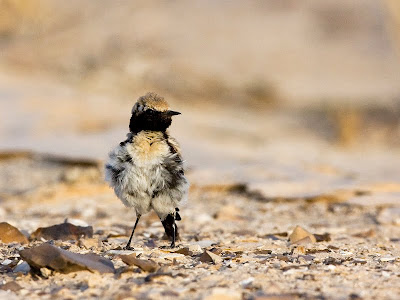 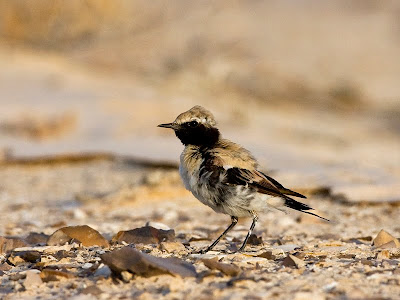 I had no Dunn's Larks this time but Jonathan had three possible birds moving about. Other good birds were 2 Crowned and 2 Spotted Sandgrouse, and on the way out two families of Hooded Wheatears.
פורסם על ידי Yoav Perlman ב- 4:07 PM