Yesterday I completed my Nubian Nightjar monitoring for the season. I found activity and indications for breeding success in most territories I'm familiar with, though since last year two territories (out of a national total of 20!) have been destroyed and had no nightjar activity.
I drove down in the afternnon with Edith, Ran and Guy. On the way down we had a quick look at the regular pair of Sooty Falcons, and indeed they showed well. We saw one quick copulation and quite nice activity, but as always it's too distant and dark across the gorge for photography. 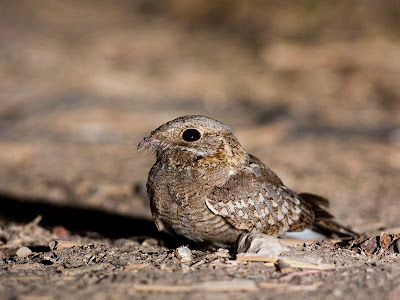 This newly-fledged juvenile demonstrated some extreme action in nightjar standards: it caught a fairly large Praying Mantis, and started swallowing it while it was not dead enough. The mantis started to fight for its life, and scratched the nightjar like crazy on the face and inside its mouth (from personal experience I can admit it's quite painful!). In the end the nightjar gave up, got rid of the mantis and flew away. As usual I was driving and missed the photo-opp, but many thanks to Edith for allowing me to use her great series of images of this scene: 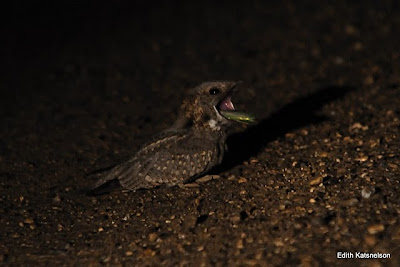 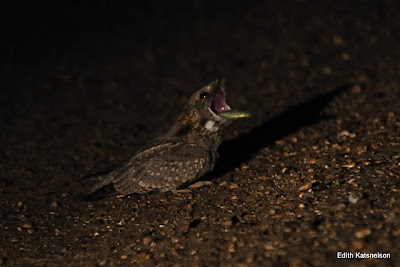 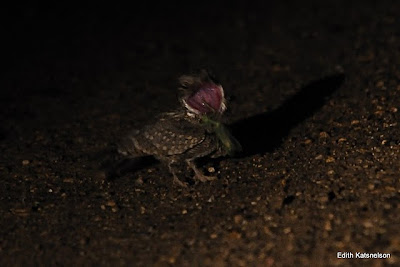 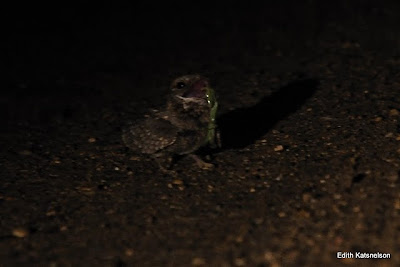