No Basras for me today

This morning I joined the Hula ringing team (Nadav & Dotan) to try for the Basra Reed Warblers at Lehavot Habashan in the E Hula Valley. I first discovered a small population breeding at this site in summer 2006 together with the late Amit Geffen - see the link to BirdLife announcment. The birds were found again in 2007 and 2008, but were not found during several ringing attempts at this site in 2009. Today was the first attempt for 2010, so I was very optimistic, but unfortunately no Basras showed up. I will have to settle for those at Ngulia this coming December, poor me.
I really hope that these rare birds are still lurking somewhere in the Hula Valley, and that their appearence in 2006 to 2008 wasn't just a passing episode. After all, these acros are real skulkers, and it's a tiny population to start with, so the chances of missing them even though they are present is quite big.
But anyway it was a productive morning with many birds and some good stuff. Little Bitterns were present in good numbers but only this newly-fledged juvenile got caught. They are always fun birds to handle! 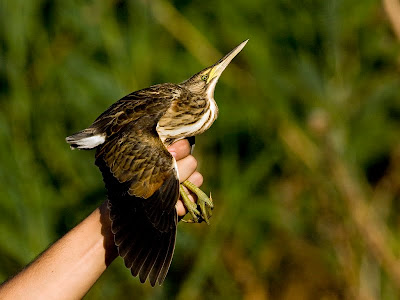 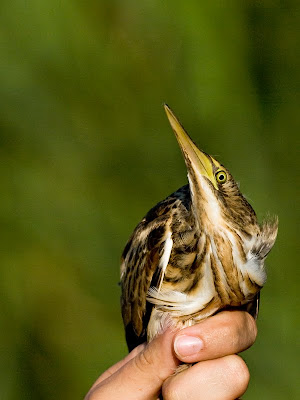 Other birds of note ringed were two Great Reed Warblers and several Common Whitethroats already migrating somewhere after breeding, god knows where to.

Pygmy Cormorants were present in large numbers, and I managed some rather poor shots of them. 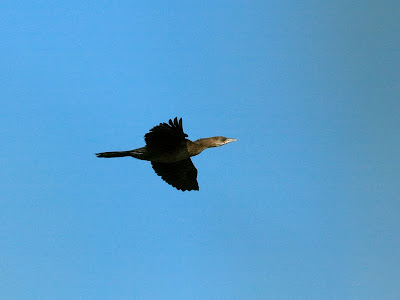 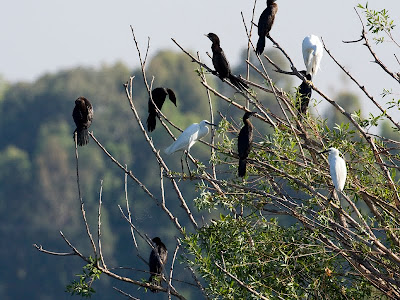