Yesterday I had a ringing session in Ashdod. We started bloody early and closed the nets very early too because of the heat. Ringing was OK, not more and not less, as expected in summer. Only bird of note was this colourful White-throated Kingfisher: 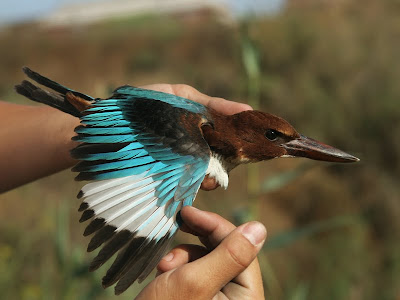 This was Rea's last time as a helper. He's moving to Eilat next month and hopefully gets his B permit next week, so he's a big boy now. Hope he produces some good birds at IBRCE. Thanks Rea for all the hard work over the last couple of years! 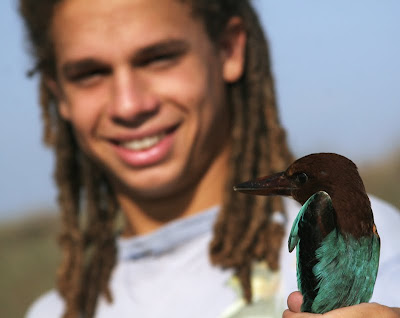 There were still some late migrants around - Blackcaps and a Lesser Whitethroat.
After ringing we had a quick look at the ponds. There were some gulls around. 6 Yellow-legged Gulls were a good record: 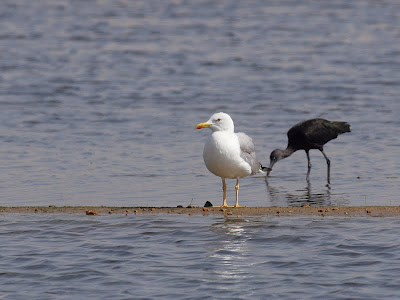 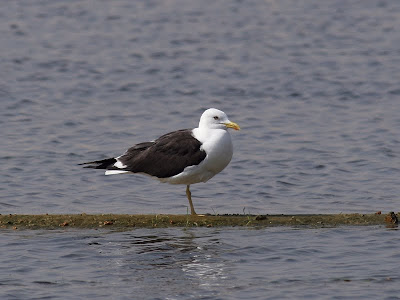 Among the shorebirds there were some early migrants: 10 Green Sands, 1 Marsh Sand, 1 Common Sand and 2 Redshank.
Green Sandpiper 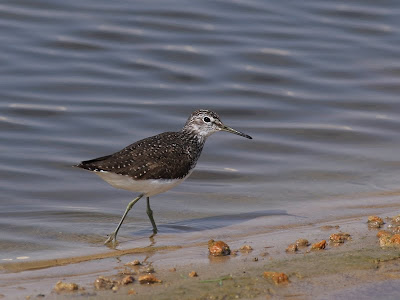