On Thursday I did an atlas box in the remote desert south of Ezuz. It was a very beautiful box, with pristine habitats and many birds and animals. 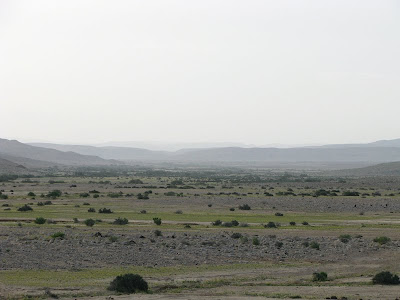 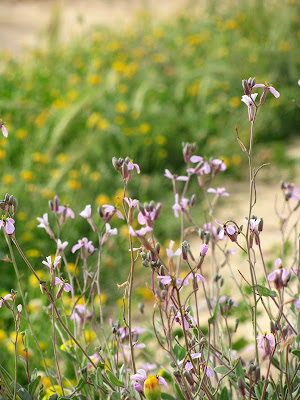 I had one pair of Temminck's Larks, but more impressive were the many Lesser Short-toed Larks - I had more than 20 singing males! They are amazing mimics, and some of their favorites pharses in their repertoir included Oriental Skylark, Syrian Serin and Richard's Pipit! I actually had a genuine flyover Richard's Pipit and it took me a second to understand I was watching the real thing!
Lesser Short-toed Lark 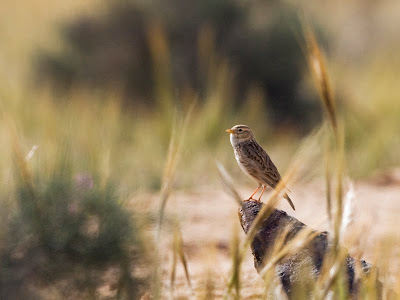 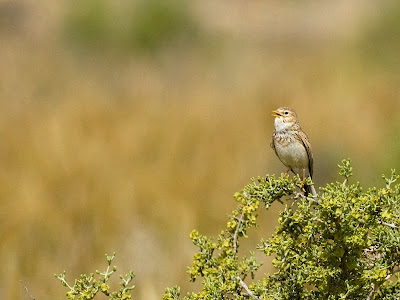 I had several families of Desert Wheatears feeding youngs: 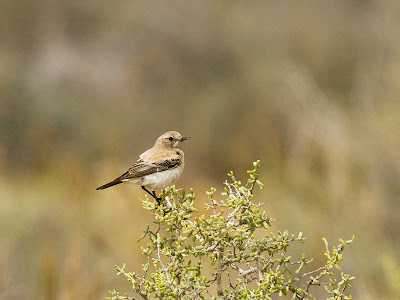 Migrants were still thin on the ground, but I had several Woodchat Shrikes: 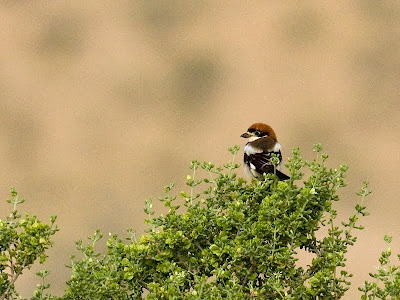 On the way out a small flock of Bee-eaters decorated the wires near Ezuz: 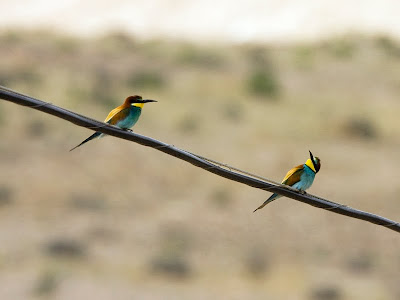