Wow, what an amazing morning I had...
I went with Nadav to check another atlas box in the Arava, deep inside a military zone that today was clear for us to visit. Such beautiful habitat, and so many quality birds!

Our primary target was Dunn's Lark, but very quickly I was distracted by a male Hoopoe Lark singing, displaying, chasing other birds away and justifying its reputation as the best desert bird in Israel. I was very happy to find this new pair that hasn't been seen previously.
My heart was pounding fast, adrenalin was pumping thick in my veins, and of course I screwed the images up - wrong camera settings and shaky hands. But what a bird, so who cares about the images. 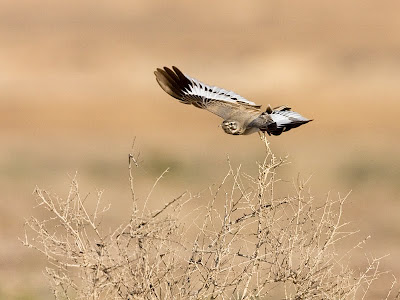 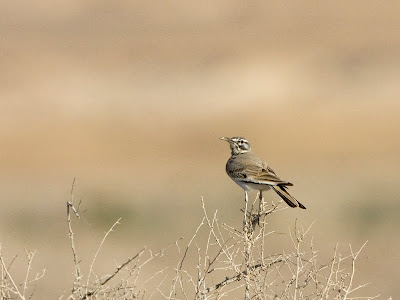 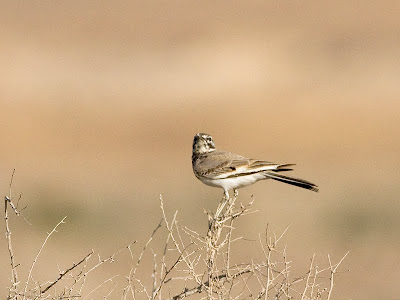 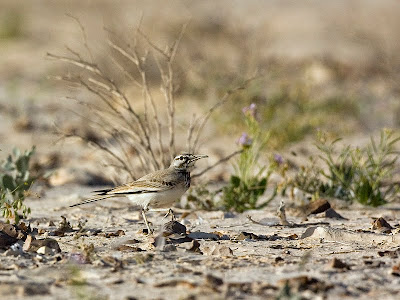 After watching the male for a few minutes displaying and feeding on caterpillars, I suddenly noticed the female come out behind a bush - too close. I hastily collected my stuff and got the hell out of there.

We had four singing Dunn's Larks in my box. They were performing their amazing song flights, but were very difficult to watch on the ground. This brings the total for that region to about 20 pairs! 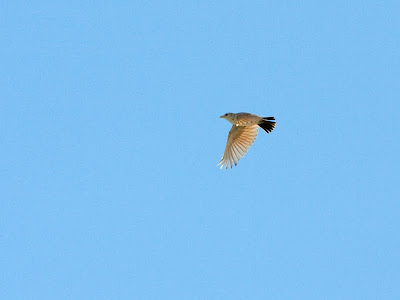 In addition we had a few Bar-tailed Larks - junk birds...
Nearby, we followed a report from yesterday and had an exciting experience - an active nest of Thick-billed Larks! The nest had three chicks 2-3 days old. We watched the nest located on a totally barren slope from a safe distance - the parents fed the chicks with caterpillars they collected in the nearby wadi. This abundance of caterpillars must be the reason for all of these amazing larks breeding there. The male came to collect caterpillars very close to where we were sat - they look unbelievabely like puffins with the caterpillars in their huge beaks!
This was my closest encounter with this beast, so again - wrong camera settings, shaky hands... Forgive me for the long series of identical images but it's such a smashing bird! 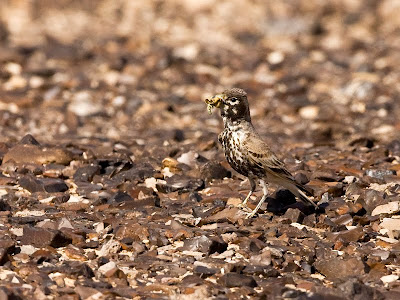 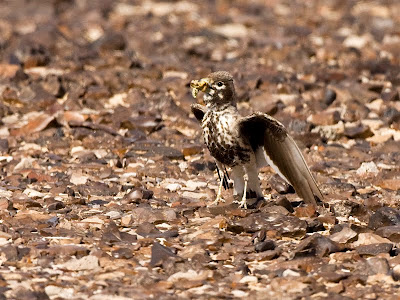 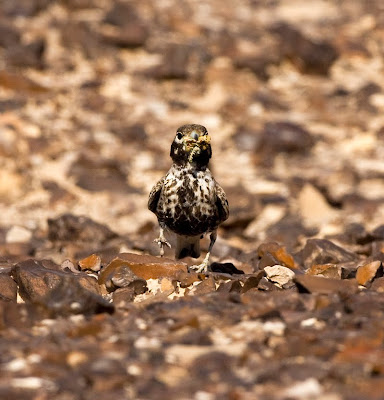 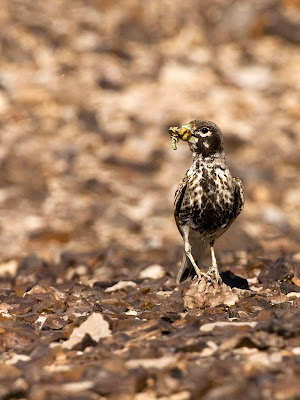 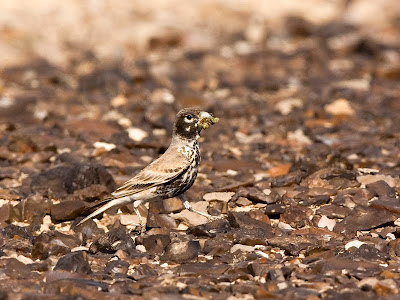 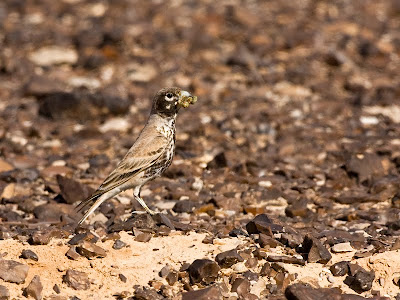 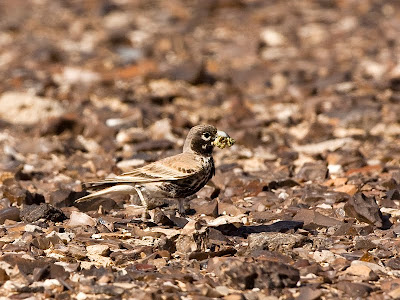 And as this was not enough, in another nearby location we found a family of Temmick's Larks with two fledglings. Light conditions were already terrible and it was bloody hot so we stayed with the birds for just a minute or two and took off. This is the female: 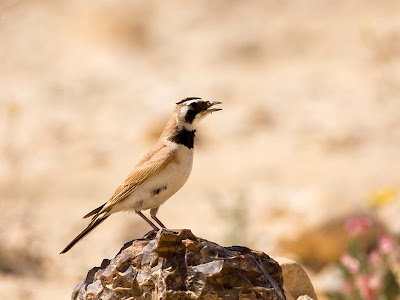 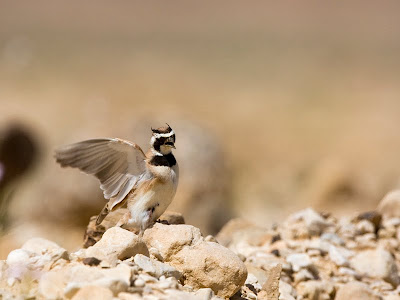 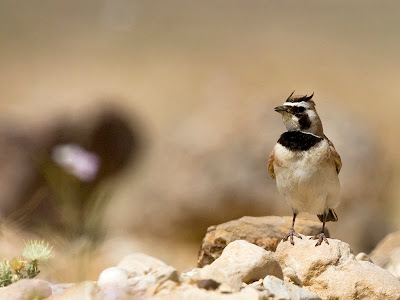 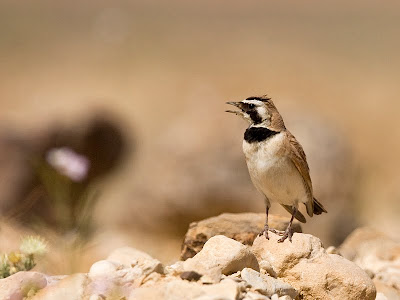 This spring in the Israeli desert is truly amazing. So many good larks, and it's great to see that they are successfull in their breeding attempts.
פורסם על ידי Yoav Perlman ב- 5:16 PM