Yesterday I had a ringing session in Ashdod. It was pretty busy with good numbers of Blackcap and Lesser Whitethroat, but diversity was rather poor. Only birds of note were two Nightingales and a late or oversummering Robin. 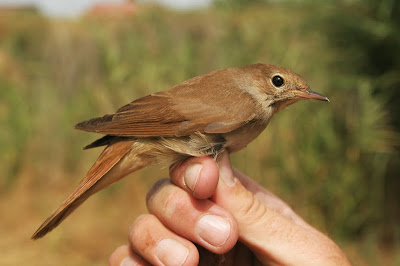 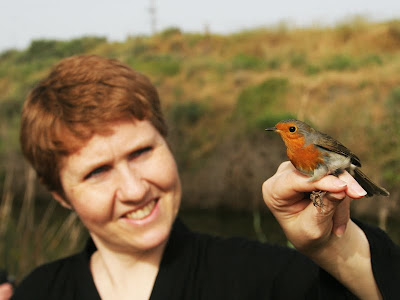 In the evening met up with Lars (Denmark) and Stefan (Sweden) with their respective groups at Neot Hakikar. The evening was very warm and windless, and we had very strong insect activity that resulted in amazing bat activity. We saw many hundreds of bats, of which I could identify European Free-tailed Bat, Lesser Mouse-tailed Bat and Bodenheimer's Pipistrelle.
Of course we had terrific views of Nubian Nightjars on the deck and in flight, and for dessert we found the Desert Eagle Owl at his usual spot - we had breathtaking views from about 15 m - what a bird! Unfortunately I was the one holding the torch and not the camera (again!), hopefully Stefan sends me a good image when he gets back home.
פורסם על ידי Yoav Perlman ב- 6:14 AM