This morning I returned to a Nizzana atlas box I had first visited in March. It was actually pretty quiet, with many of the passerines already done with their breeding business and dispersed. I had however a female Macqueen's Bustard with two chicks and a few Crowned Sandgrouse. But best was a nice concentration of Hill Sparrows - I had at least 10 singing males, and saw two females feeding fully grown fledglings. In addition I had a typically mobile flock of 25 birds.
The males were very territorial and were more bothered with each other than with me. I really love their special Cicada-like song. They're not the most colourful birds on the planet, but they are really neat birds. 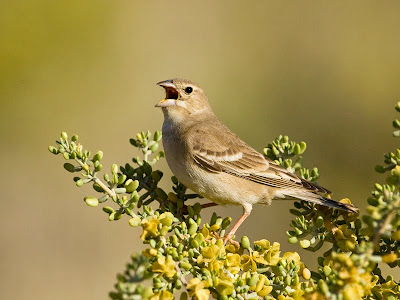 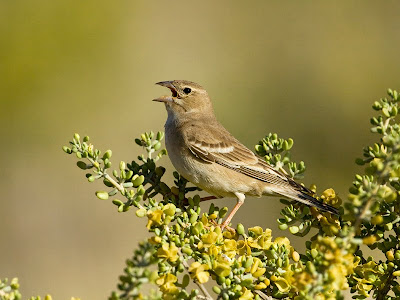 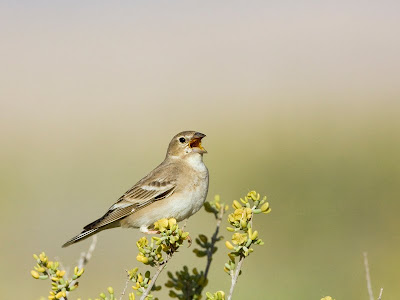 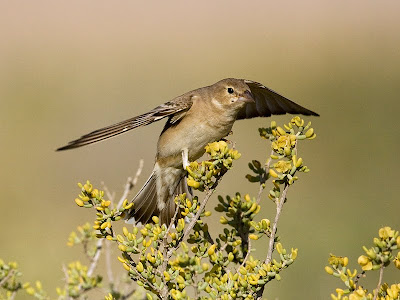 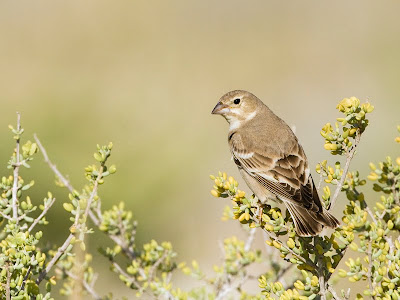 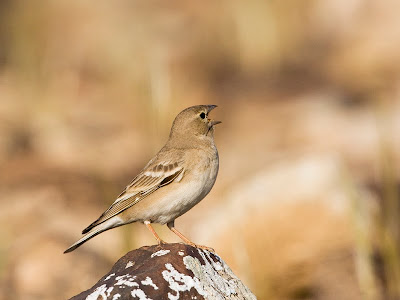 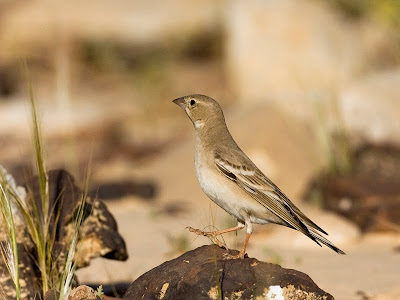