On Tuesday Shachar Alterman found six singing Dunn's Larks while surveying an atlas box in the central Arava. He found them deep inside a firing zone, in a very sensitive and vulnerable site. Today we returned to this site as on Shabat there is no shooting there. We were a fairly large group of birders that assembled early in the morning, with the highlight being Hadoram Shirihai who joined us with a Swedish partner. 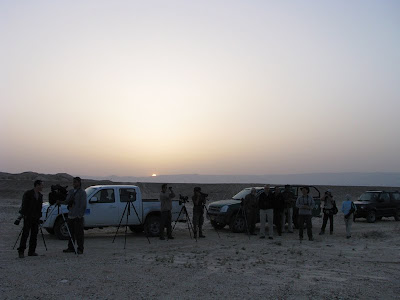 Here we are waiting for the first birds to sing, already at the site: 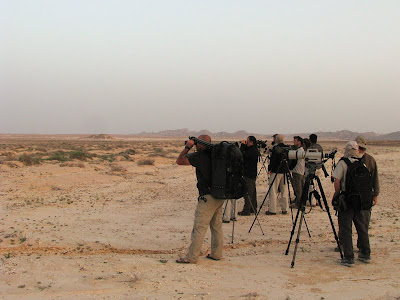 And then we started hearing and seeing them. First we had several males performing display flights in great altitude, and later we found a few birds on the deck. Their song is amazingly varied, and includes a scops-owl-like repeating flooty whistle, and several types of Calandrella-type chattering, but more musical. They were singing both in the air and on the ground. We positioned ourselves in one spot and a pair was flying around us for quite a long time, but always kept a distance of at least 25 m, hence the low quality images: 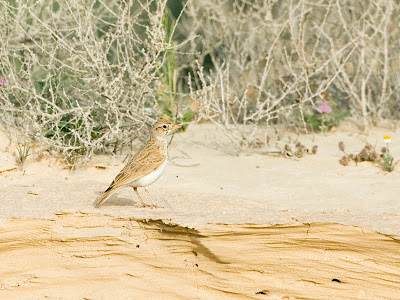 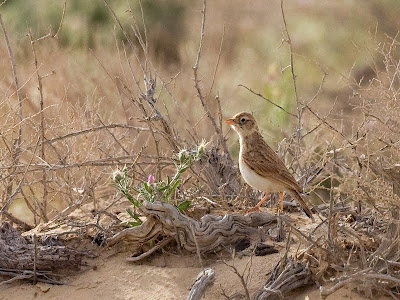 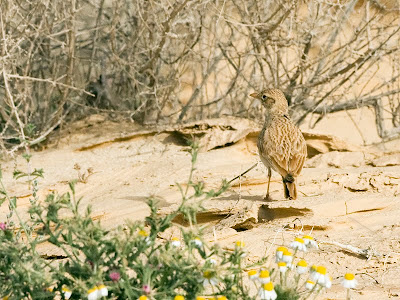 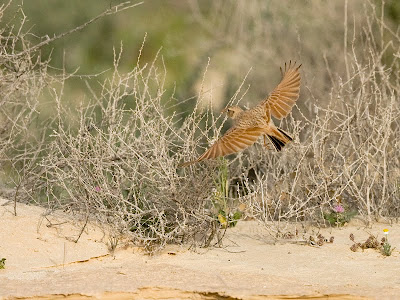 They are such terrific birds (for a lark...)! They are very unique, somewhere between Calandrella and Ammomanes. We had about 6 to 10 birds right around us, so there must be more birds in this site. Following the winters' rain in this part of the desert, they must be breeding in much larger areas in the Arava and S Negev, and I hope we will find more soon. The only previous event when large-scale breeding took place in Israel was in 1989, and this unique phenomenon never repeated itself since, until this year.
This is such a great site and so important. While watching the Dunn's Larks, we had two singing male Hoopoe Larks (though distant), and 5-6 Bar-tailed Larks singing too. At times the air was just full of quality lark song!
This site, which holds the only known territories of Hoopoe Lark in Israel, is under great threat due to intensification of military activities there, so we will have to work hard to protect this beautiful site. 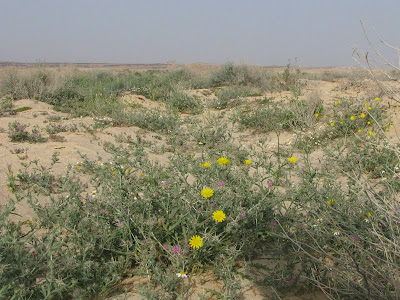 On the way back home a quick look near Zihor junction produced one singing Lesser Short-toed Lark, and this CCC:
Cream-coloured Courser 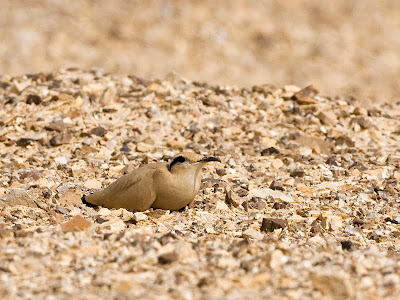 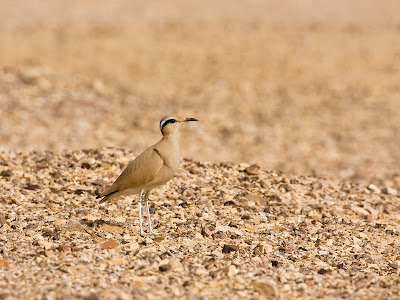 There were many hundreds of White Storks feeding on the blooming Hameishar plains; later on most of them took off. 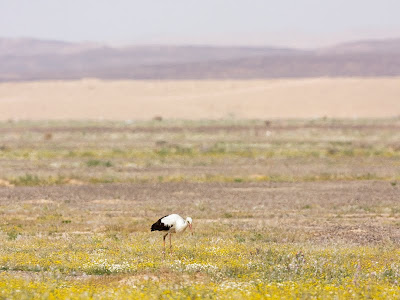 We had there one singing male Temminck's Lark, and nine Crowned Sandgrouse flew overhead: