Nizzana - another terrific day in the desert

Yesterday I surveyed another beautiful atlas box south of Ezuz. Again, beautiful habitat, many quality birds and fine weather.
I had two female MacQueen's Bustards with young chicks - good to see they had some breeding success (so far...). This male and myself surprised each other when I climbed over a hill: 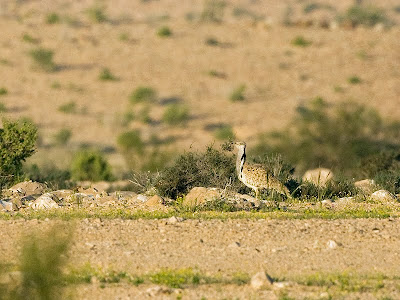 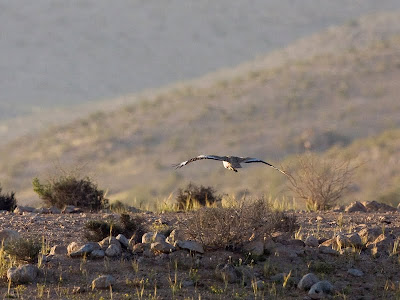 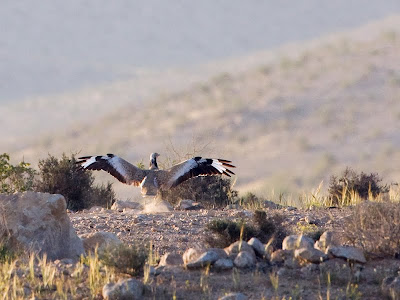 Again, quality larks were the bon-ton. I had two breeding pairs each of Temminck's and Bar-tailed Larks, and even larger numbers of Lesser Short-toed Larks than my previous box - 30 singing males! 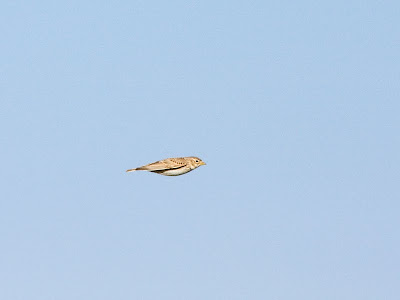 As always, migrants are very few in the desert wadis. Not even a single lesser white or blackcap in my box. The only species that was present in good numbers was Tree Pipit with over 40 birds: 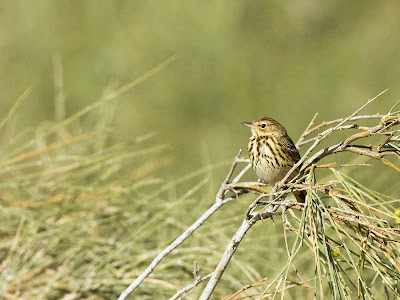 This Wood Warbler was very sweet - I really love them: 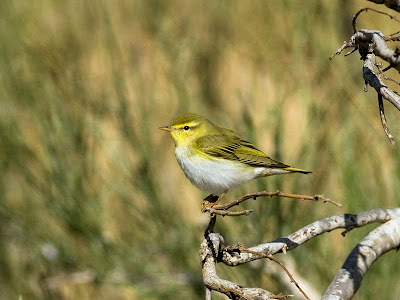 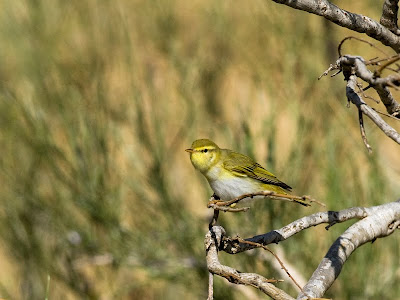 After the box I had ten minutes to check Be'erotayim grove near Ezuz, and it was just packed with migrants, in contrast to the desert surrounding it. Many hundreds of sylvias were feeding on the Eucalyptus trees. Lots of good stuff around like shrikes, wrynecks, a couple more Wood Warblers, two Collared Flycatchers and this Semi-collared Flycatcher captured in this fantastic, prize-winning image: 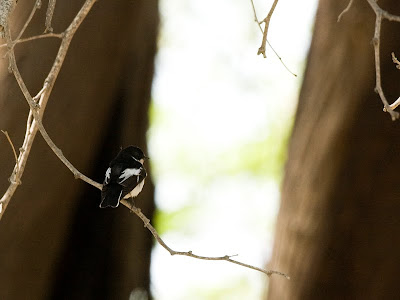