This morning I worked in Neot Hovav, south of Be'er Sheva. This is a lovely area of Loess plains. tree-less, dominated by a bush with an awkward English name - Shaggy Sparrow-Wort (Thymelaea hirsuta). 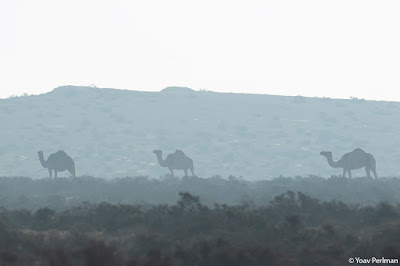 This is the home for Lesser Short-toed Lark. They are not common breeders in Israel, in fact on our Red List (VU). They breed in patches of suitable habitat in the northern Negev, Nizzana region, Negev Mt., and more opportunistically in S Negev and Arava, when conditions are right. Neot Hovav is one of the best places to see them, certainly the most accessible and closest to the center of the country. In the early morning, the air is filled with their song. 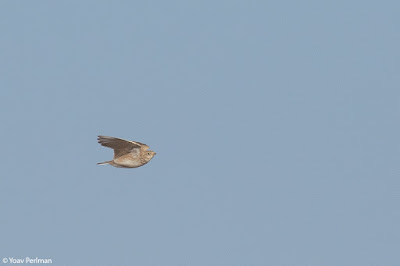 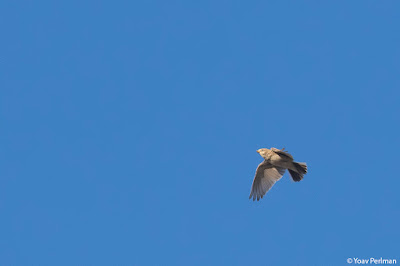 This sound recording is from the same site last year:

In the desert, breeding activity starts early, and this morning the larks were already busy displaying, courting and chasing each other. They are typically shy and not easy to photograph. This photo gives a nice impression of the habitat, but another meter forward and the bird was off. 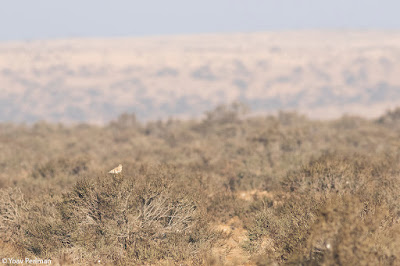 I surveyed these plains and found quite a few Lesser Short-toes, all very busy with early stages of breeding activity. Few of them allowed me slightly closer views. 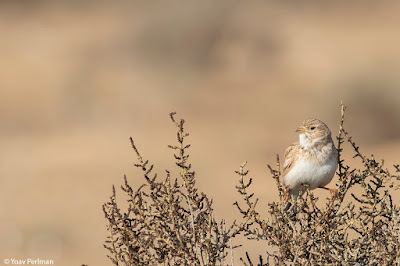 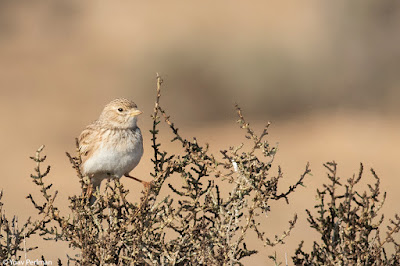 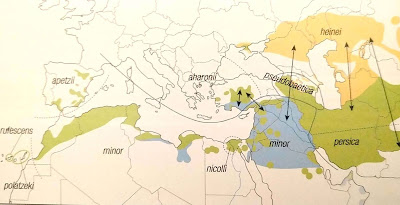 Lesser Short-toed Lark breeding range and taxa, from: Shirihai and Svensson (2018) Handbook of Western Palearctic Birds. Helm, London.
The breeding population in Israel belongs to rufescens group. This is demonstrated by their tiny bill and fine, rather faint breast streaking:
*Images from February 2020, Neot Hovav* 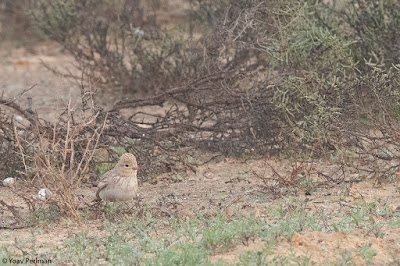 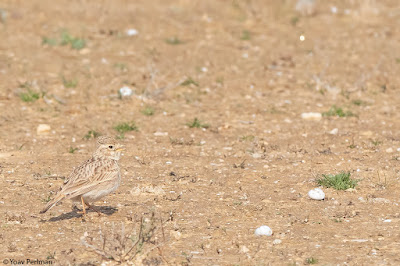 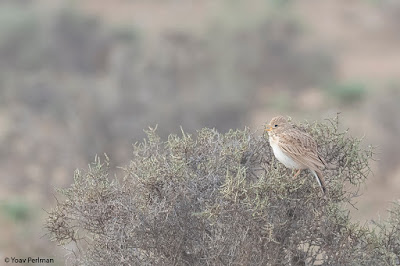 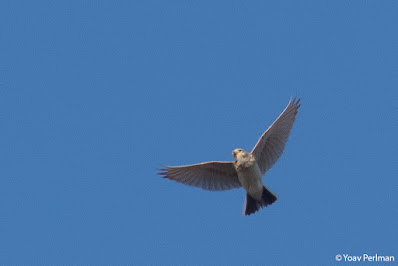 heinei group are scarce or rare migrants and winter visitors in Israel. In my experience, they typically occur in October and November, often away from the breeding areas. I have not paid enough attention to them in the past - many records are of flyovers calling. I also cannot recall the differences in calls between the taxa. I will from now on. I have only one photo of two birds that were part of a flock of migrants in November 2011 in Nizzana - they could be heinei, with bolder breast streaking and perhaps longer primary projection: 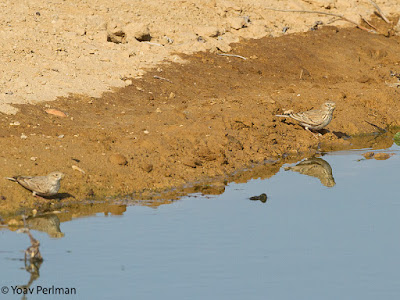 Need to work harder on this armchair tick.
Back to this morning, other birds included a single Richard's Pipit in a flock of tawnys, Spectacled Warbler, and the regulars. eBird checklist here.
Arabian Great Grey Shrike 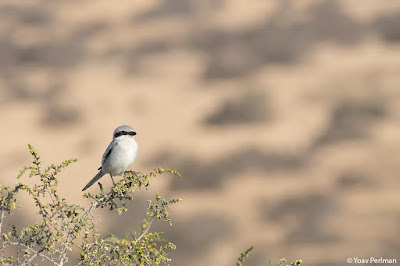 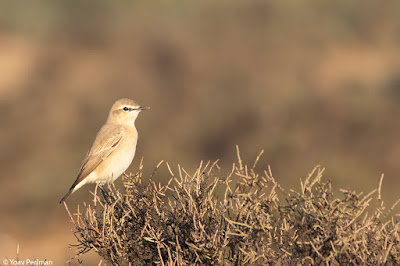