The beauty and the beast

This morning I worked at Ma'agan Michael. The weather was rougher than I had expected, seawatching weather in fact. Yet it was a productive morning (see eBird checklist here). The strong winds must have blown some gulls inland, as there were many many gulls in the fishponds. 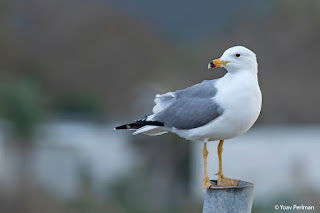 One pond had six Little Gulls fluttering over the water a-la-marsh terns, three adults and three young, presumably picking up water invertebrates from the surface. They are such lovely birds, so delicate and pretty. Their upperwing and underwing patterns are perfect. Adults and young. And they're sort of scarce in Israel. Sadly, the pond was covered by anti-pelican cables. I sat low, under the cables, but in some photos the cables are inevitable. 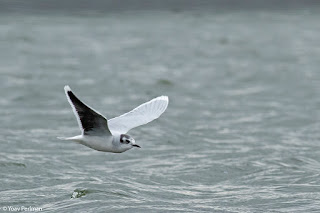 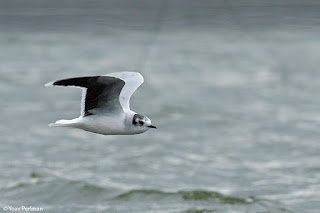 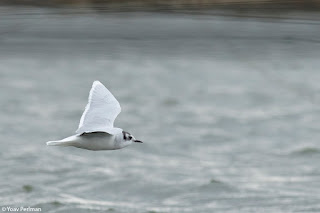 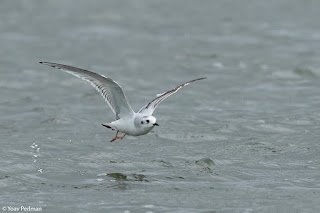 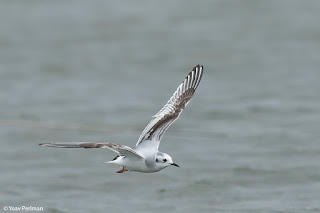 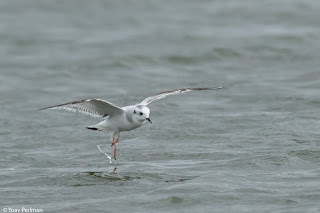 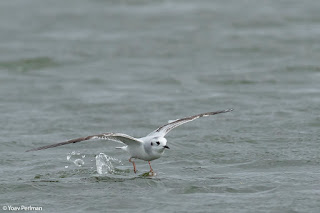 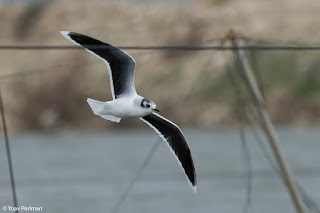 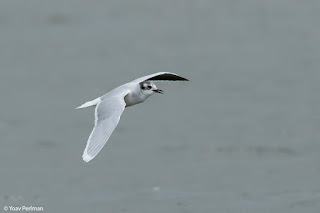 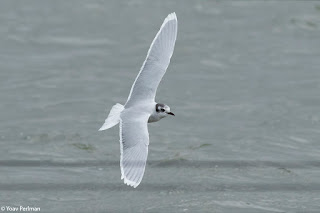 Pallas's Gulls were present in decent numbers. They are such beasts. The adults are already in (almost) full summer plumage with their black hood. 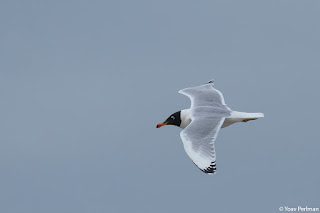 These two are from Atlit, where the Hypocolius is still present, but wouldn't pose in the crazy wind: 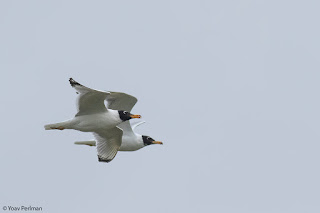 Speaking of seawatching, yesterday morning I spent some time in Ashdod doing just that. Not too many birds but a Black-legged Kittiwake made the effort worth while. A flock of Slender-billed Gulls contained a ringed bird, by Yosef, Atlit April 2019, c. 100 km north. 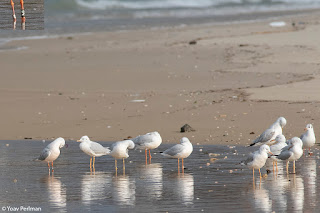 Just because it's a nice photo 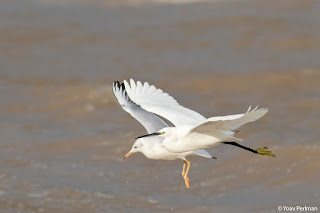