This morning i went up north to catch up with a couple of birds before the winter ends officially. I met up with Re'a and Tamar at Nahal Amud, a traditional site for Wallcreeper. A single bird has been hanging around there for the last few weeks, and seemed to be a bit more reliable than at other sites. Despite being a regular winter visitor, it is such a difficult bird to see in Israel - I think I have dipped on it more times than I have scored. So I was hoping for at least a brief encounter. Anyway, while waiting for Re'a and Tamar at the carpark there was a beautiful dawn chorus including a singing Dunnock - first time I heard it singing in Israel. 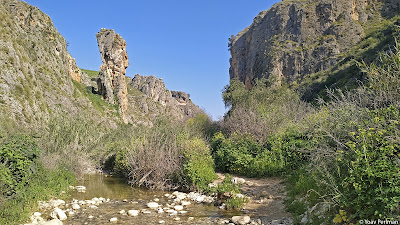 The walk up the valley was lovely - noisy Little Swifts up in the air, Long-billed Pipits and Blue Rock Thrushes in serious breeding activity. It took us a while to locate the Wallcreeper, eventually Tuvia spotted it crawling high up on a cliff face. Success! Fantastic bird to watch, it really put on quite a show, much better than I had expected, crawling and fluttering up the cliffs, searching for arthropods in the cracks and crevices. A group lead by Lior joined the party, it was quite fun. From a photography point of view, when crawling up on the cliff the results were uninspiring. Only when it opened its red wings or flew from rock to rock some value was added to the photos. No money shots this time, I'm afraid, still my first photos of this species in Israel. 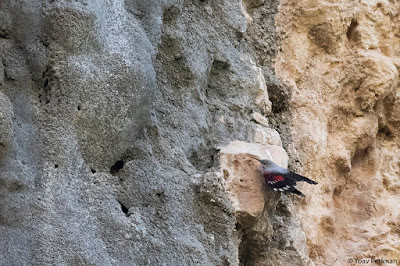 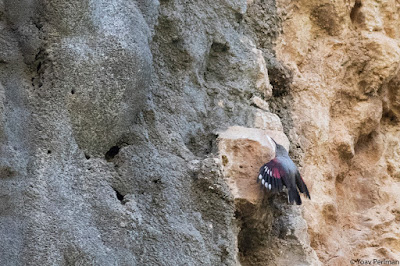 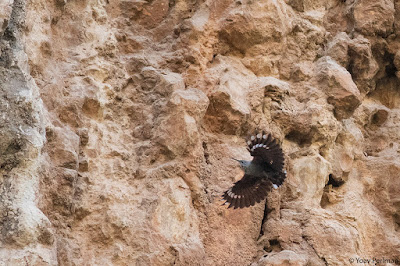 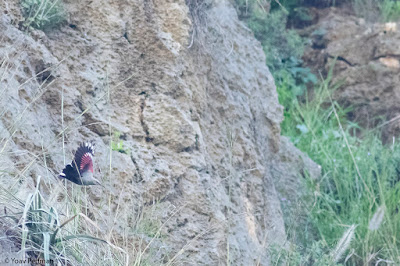 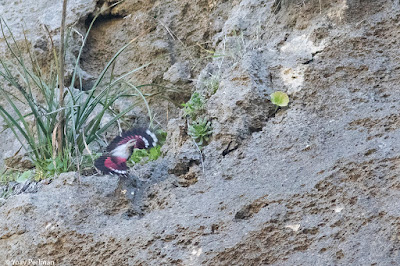 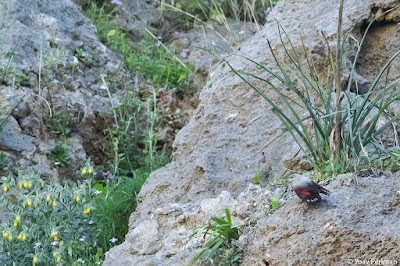 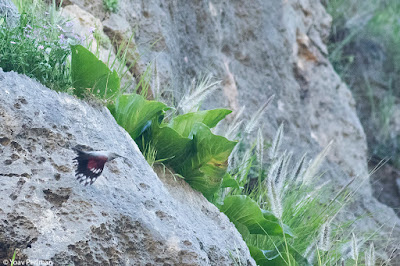 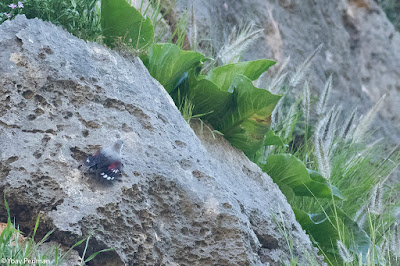 An even bigger surprise were at least three Striolated Buntings, far away from their normal desert habitat. This is not the first winter record in this region, implying they might be more regular in winter here. They didn't show any signs of breeding whatsoever.

It chose the most ugly, weird, uninspiring location - inside this small net-covered dried pond... 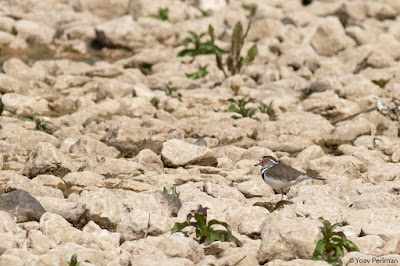