This morning I birded with Meidad in the far south. We started birding the purple patch of Upper Wadi Hayun, which is practically the northern end of Ovda Valley. This section of the valley is lush and green after some rain a few weeks ago. 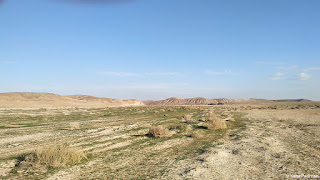 This productivity attracts caterpillar-eating birds, and indeed wheatear densities were exceptionally high. White-crowned, Mourning and Black-tailed (AKA Blackstart) Wheatears were present in unusually big numbers. Among the rare wheatears, first up was the Kurdish Wheatear found a few days ago, a fine 1cy male. Very nice plumage, but he didn't want to play ball. When we first found him, he flew towards us, as if checking whether we had mealworms on offer. We didn't, so he kept his distance and was usually in a bad angle. Yet, a great bird to watch. 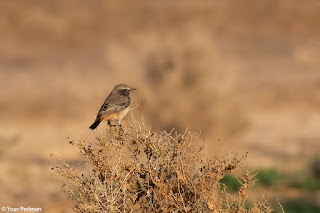 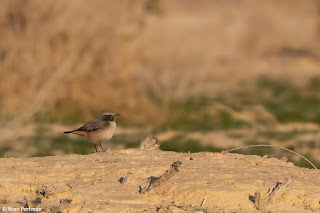 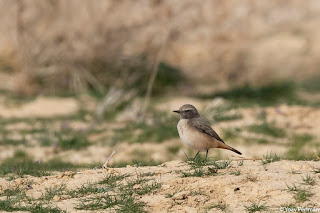 Only a short way up the wadi we had a Basalt Wheatear, one of three currently present in Ovda Valley. Like Mr. Kurdish, he was disappointed that we did not provide any free protein, and punished us with relatively distant views and very skittish behaviour. Unlike some previous Basalt Wheatear fashion-show experiences (see here for example), this guy (he was singing) did not allow me proper photography. 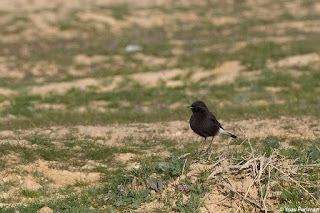 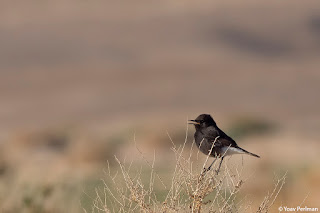 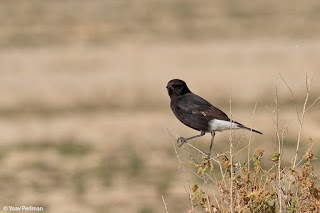 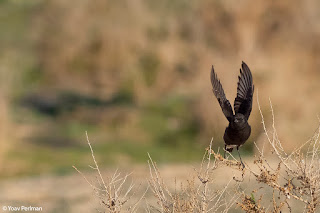 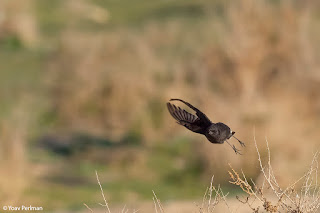 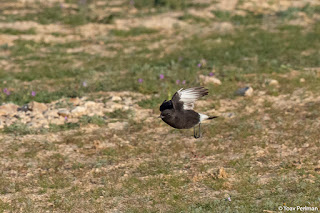 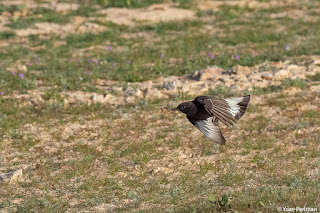 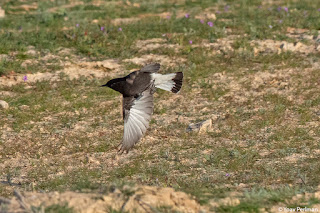 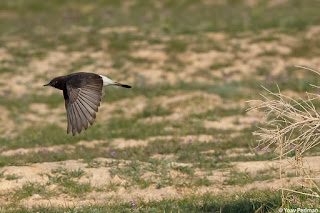 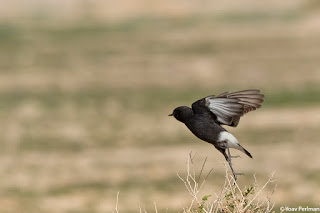 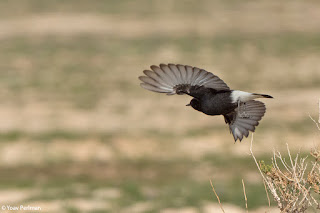 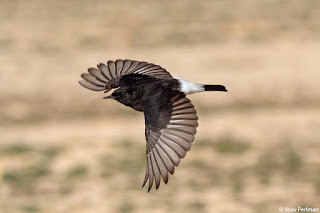 Not too many birds besides the wheatear bonanza. Asian Desert Warbler, Fieldfare and Merlin worth noting. eBird checklist here.

We then continued to check the central Ovda valley, near the 'black hills' Somewhat quieter, but some Temminck's and Bar-tailed Larks were nice. On the way home checked the lower section of Wadi Hayun, where it meets the Arava valley. It was pretty damn quiet there (eBird checklist here), with another Asian Desert Warbler being one of the few birds seen. 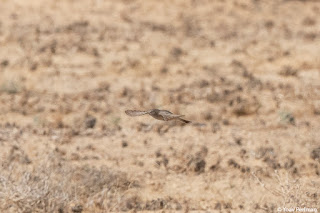 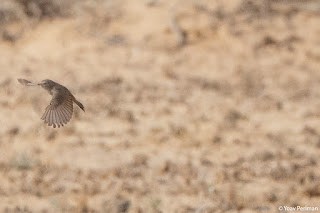