The last days of summer (from bird migration perspective) are tough. Things just don't want to get going. First signs of autumn give hope for a flood of migrants soon to arrive, but the River of Birds in the Sky (yo Bill! Miss you bro) is still just an intermittent trickle.
Yesterday I went to Hulda Reservoir where things are building up nicely. Good array of shorebird, some ducks, a few migrant passerines - 72 species in total (eBird checklist here), not too shabby. Savi's Warblers, 12 Collared Pratincloes, Black-tailed Godwit were the highlights. It is not a good site for bird photography - scope job there and I hate digiscoping.
This morning I went to Tal Shahar - Tsor'a with hopes for more early migrants. Started off at Tal Shahar alfalfa and nearby riparian scrub. It was somewhat quiet, but still nice (eBird checklist here). No big highlights - 2 Indian Silverbills were the only birds of interest. I don't know what's their story exactly. They were absent all summer, and they seem regular in autumn. Last year I saw them a few times in my area. Let's see if they show some regularity this autumn too. I managed one horrid flight shot of one, making it look properly rare, like a quality vismig record: 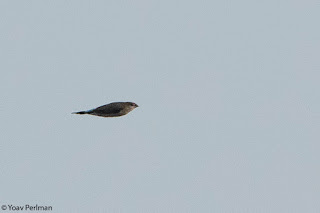 This awful flight shot led to a series of just-as-bad flight shots of other common species: 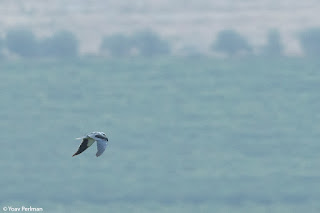 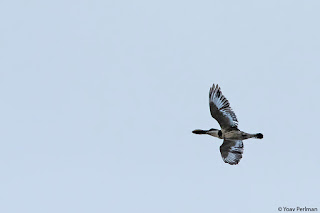 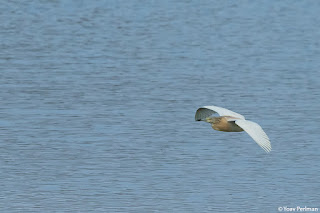 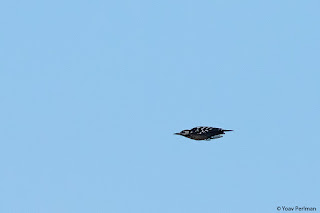 Turtle Dove numbers were certainly on the increase, congregating post breeding/fledging before migration. 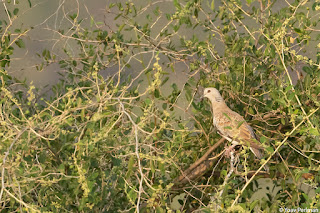 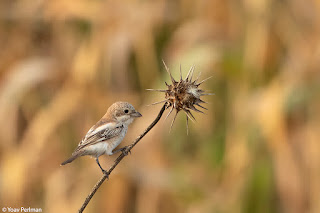 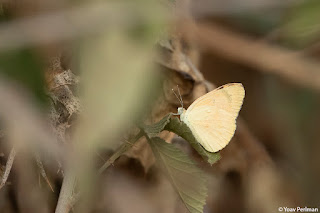 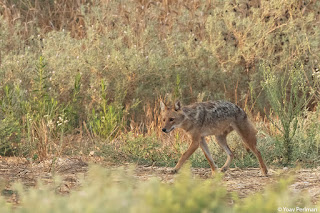 Then I gave Pel'i Reservoir a thorough check, but came back with not so much.