This morning I went out birding with Piki, Micha and Stefan in E Lakhish hills. It was my first visit to this wonderful part of the country since my return from the UK. 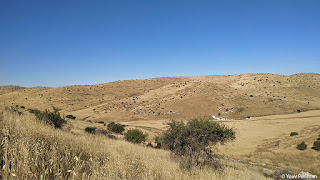 As the days are already very hot now, we started super early when it was actually quite chilly (7⁰ C!). As we stepped out of the car we immediately heard Long-billed Pipits singing and families of Spectacled Warbler trrrrrrrring. Our main interest was in Upcher's Warblers - this is one of the few parts of the country where they breed. We covered some ground and ended up with at least five territories - quite good density. Apart for one male who was super active - singing and displaying like a boss, other individuals kept a low profile and were rather quiet - stayed low in the bushes and did not vocalise. I managed one half-decent photo of this quality breeding species, and a couple more distant shots of the Big Macho. 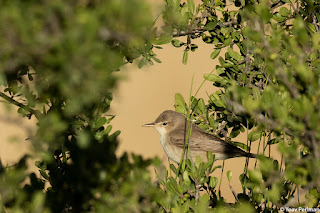 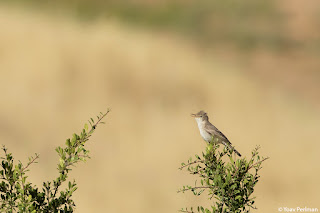 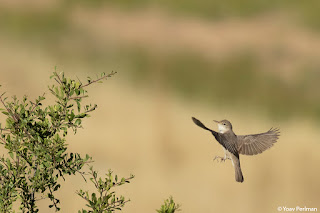 I have had close encounters with this species before (see here for example), so I did not invest too much time in photography.
Other birds typical for this habitat were Eastern Black-eared Wheatear, Cretzschmar's Bunting and Woodchat Shrikes. Add to that a sprinkle of late migrants, and you end up with a decent morning of birding (eBird checklist here). 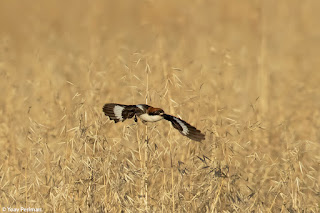 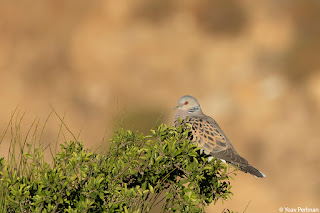 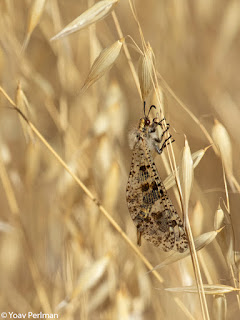