After quite a long period of doing nothing in the field, officially known as the cucumber season, today I went to have a look in the eastern hills of the Lakhish region. This is a very special area, right at the ecotone (meeting zone) between the Mediterranean habitats of central Israel and the desert habitats of the Negev. This is the southernmost habitat in Israel where natural vegetation away from wadis includes trees - south of there it's only low bushes or grassy steppe. In this habitat the dense Mediterranean scrub typical of the habitats just a few kilometers to the north opens up to grassy hills with scattered low trees and bushes. These are medium-low hills, at an elevation of about 420 m ASL. The dominant bush in this habitat is a local hawthorn, Crataegus aronia. This area is very close to the border with the Palestinian Authority, and sadly the habitat on the Israeli side stands in contrast to the overgrazed and overcut habitat on the Palestinian side.

There are some interesting species breeding in this area, but the most unique bird is Upcher's Warbler. According to Shirihai's The Birds of Israel, this rare Hippolais breeds locally on Mt. Hermon, and some parts of the eastern Galilee and western slopes of Samaria. I am unaware of recent breeding records from these regions. This population in Lakhish was discovered by Asaf Mayrose during a survey he did here some years ago. He found a rather dense population in the area, and I was curious to see if the new settlements constructed there in recent years had any regional effect on these precious habitats. I checked only a very small area, just one hill, but found a very good density - I had at least four territorial males. I assume the females are on eggs now because I had brief views of only two females. They arrive late from their wintering grounds, and breed much later than most other passerines breeding in the region that are completing their second breeding by now.

Upcher's Warblers are not the most colourful birds in the world but they have lots of character. They have this large, dark tail, and the males give a musical song and perform these lovely glide-song displays. Unfortunately I did not manage to capture images of these flight displays - hopefully next time.
Light conditions were awful early in the morning with heavy clouds, and after the clouds dispersed it instantly became bloody hot, so I must return to improve my results. I did my best to photoshop the colours right, but it was not easy. I hope that in this series of images you can get the feel of the birds' jizz, and its appearence in different light conditions. 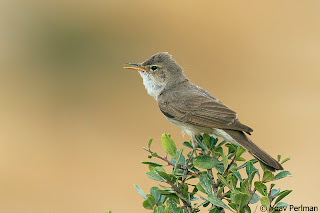 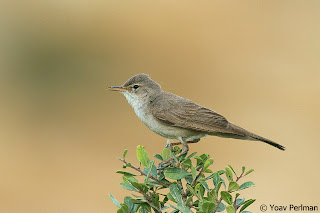 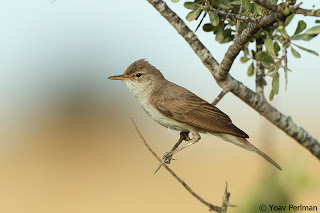 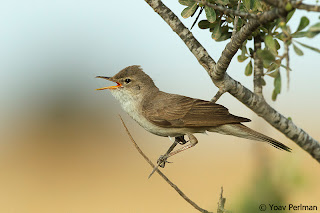 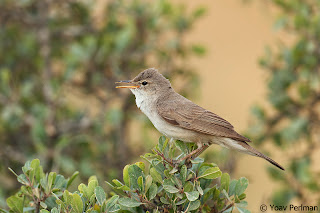 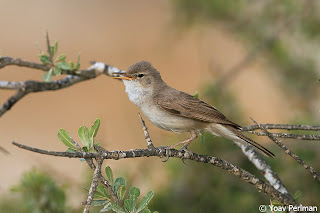 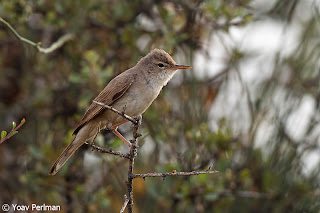 One of the males was very inquisitive and came to check me out from a distance of half a meter! 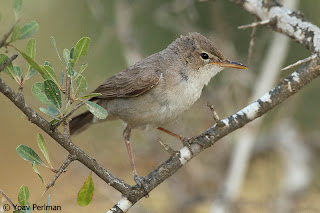 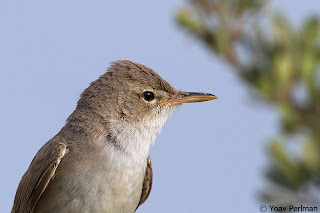 And a recording of one type of song phrase - originally it was a crap video but here I used only the sound: 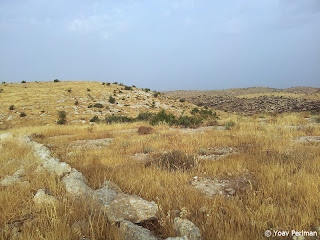