Back to the hills

After the short Cypriot break, I resumed fieldwork in the Batha hills north of Jerusalem. On Thursday I surveyed some higher-elevation hills. While bird densities were somewhat low, perhaps due to higher levels of anthropogenic disturbance, I did find most expected breeding species including Long-billed Pipit, Cuckoo, many Eastern Black-eared Wheatears and Cretzschmar's bunting. As expected at these higher elevations, there was quite good activity of Woodlark - top quality bird IMO. 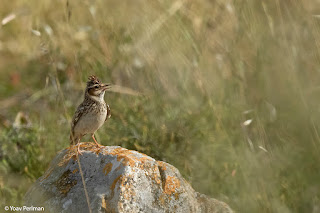 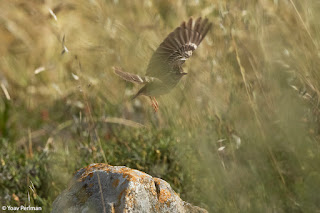 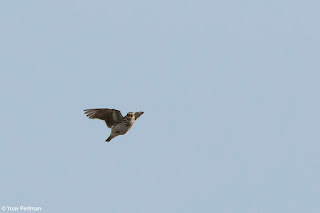 Also Spectacled Warblers were pretty active and showed nicely, though light was a bit harsh: 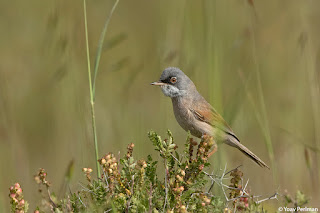 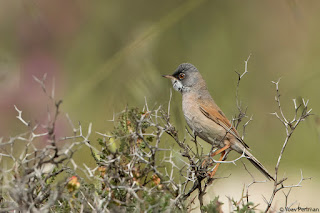 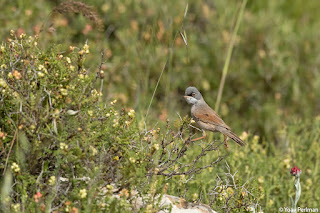 Despite the near-shrubless habitat, there were hordes of Blackcaps in the low bushes, and Ortolans, mainly on the move but some came down to drink in puddles: 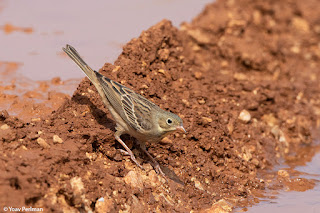 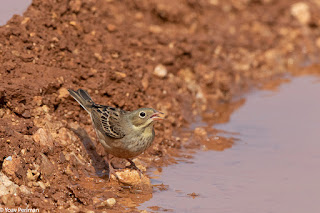 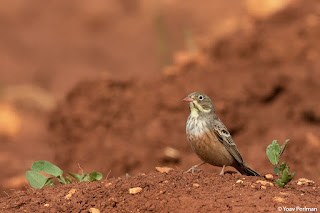 Black-veined White are very common in this habitat: 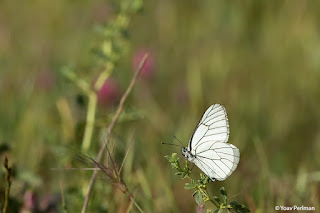 Pyramidal Orchid is one of the latest-flowering orchids in Israel: 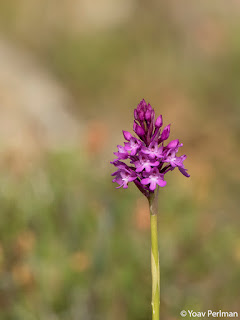 Yesterday in the afternoon I visited Gazelle Valley in Jerusalem with Piki and my brother. We searched without success for a Great Snipe that is still there. Big numbers of swifts were impressive - those ultra-aerobats drinking in the main pond against the sun provided some photographic opportunities that I barely grasped: 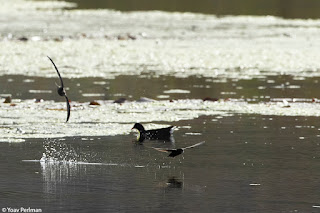 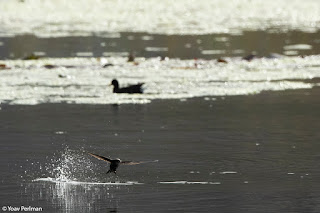 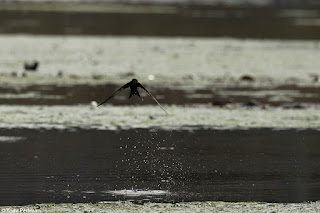 Today was super-productive at my local patch and at home. I had a Little Bittern surprise me in the garden while hanging up laundry, and a Red-footed Falcon flew over.  An early morning visit to my patch, Nahal Ekron (see checklist here) produced the goods - Little and Spotted Crake, Little Bittern and Barred Warbler on a fantastic Mulberry tree that also hosted 2 Golden Orioles. 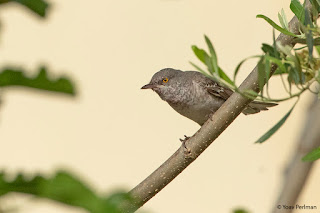 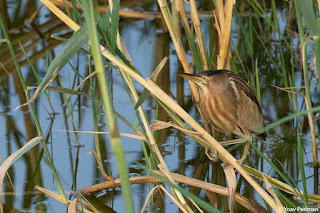