After IBOC was over mark and Amity came to stay over with us. Mark and I did quite a bit of birding in recent days. Mark joined me for a morning of monitoring with INPA at a proposed nature reserve along the Med coast north of Ashdod on Wednesday. The coastal scrub habitats were good for migrants (eBird checklist here). Good numbers of common species were seen and heard, as well as a Subalpine Warbler. 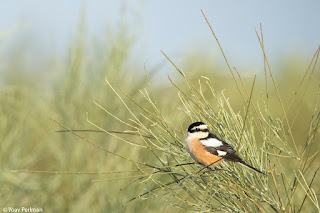 A migrating flock of Bee-eaters was nice to see - first-for-year are always fun: 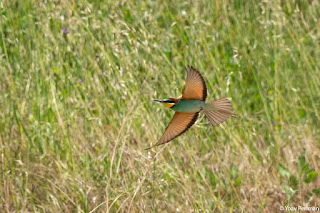 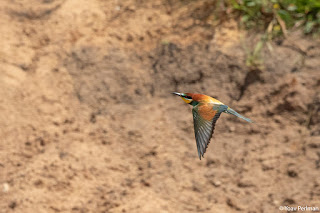 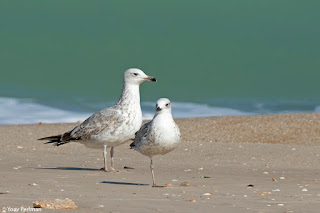 A cute Red Fox was chilling out on a pillow washed on the shore. Sadly this section of coast is extremely dirty with garbage mainly from Gaza, Egypt and further west, and unattended by Israeli authorities. 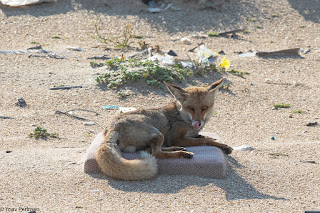 Back at my patch, migration is evident with good numbers of common migrants as well as some enjoyable species such as Wryneck, Little Crake and Great reed Warblers. While walking there with Mark one morning we approached some large trees in a park adjacent to the creek. I told Mark that this is where I want to find today my first-for-patch Collared Flycatcher. A minute later, a black-and-white flash dashes through the trees. Boom! Image by Mark - thanks mate. 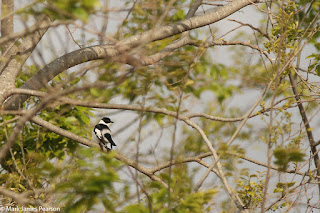 Yesterday we went birding in Hatzuk Beach north of Tel Aviv. Mark needed Cyprus Wheatear, and I was hoping for some good general migration. We were not disappointed. Meeting up with Stefan, we were soon alerted by Ori (a local young birder) that he had found/relocated a female Cyprus Wheatear. It was super mobile and restless. My photos are quite poor, but it's a right bird for sure. 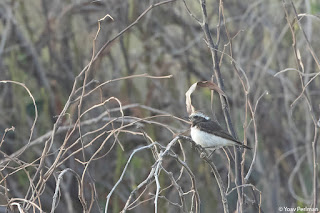 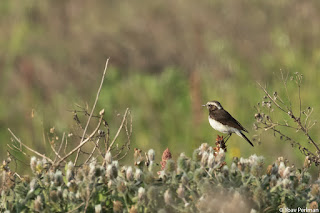 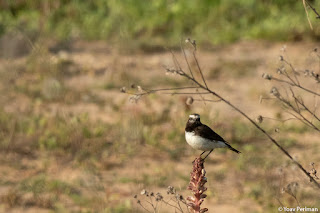 Further quality came in a similar form to my patch collared fly story. I walked with Stefan towards a large Sycamore Fig tree. Each time I walk there I feel that it's a perfect tree for Hume's Warbler. I shared this thought with Stefan, and sure enough few moments later we heard one calling! We failed to get any views of it - luckily it was relocated by others later on. My third in about a week... Other quality species included Citrine Wagtail, Woodlark and Siskin. Nice eBird checklist (here). 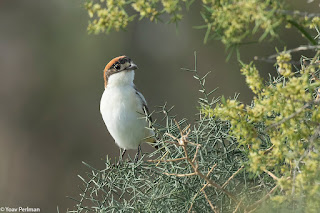