What an excellent day this was. In the morning I checked Baths of Aphrodite, mainly inside the caravan park. It was alive with migrants - not huge numbers on the ground but cool stuff and some cooperative birds. Highlights were Barred Warbler, 6 Collared Flycatchers, 5 Wood Warblers, and good movement of hirundines out towards Akamas Peninsule - I assume from there next stop is SW Turkey. It's a lovely site - backdrop against the sea, Cyprus Junipers on the steep slopes - really enjoyable. eBird checklist here. 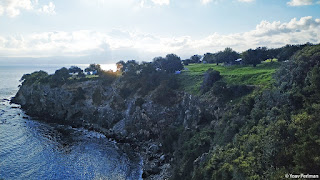 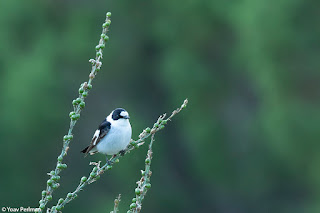 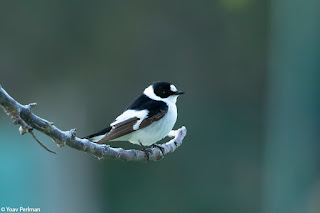 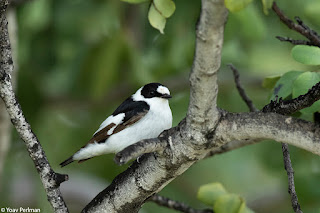 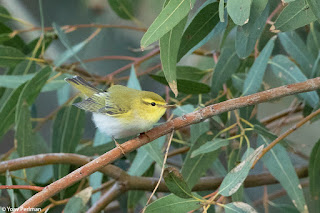 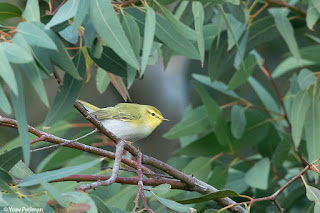 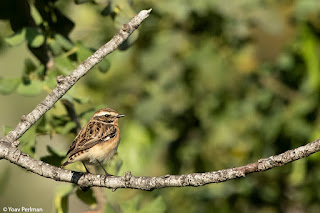 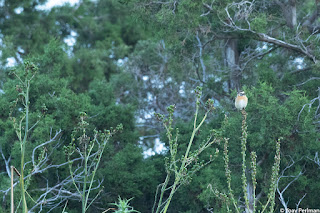 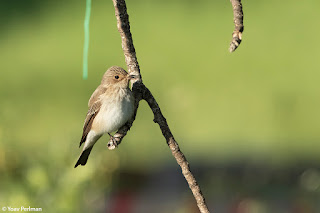 Several pairs of Cyprus Wheatear breed at the caravan park. Check out this neat male: 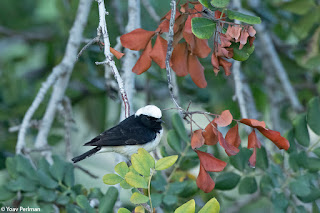 I was wondering whether their niche extends down to the coast - well it does: 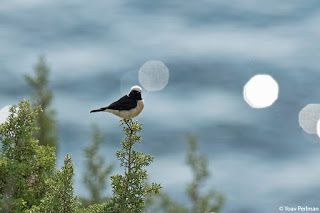 In the afternoon we did a family walk in Paphos Forest, mainly around the Mouflon enclosure at Stavros tis Psokas and nearby Selladi Tou Stavrou. Beautiful scenery but I think that the cold weather reduced bird activity (modest eBird checklist here). Two out of three target subspecies were seen: Cyprus Coal Tits were quite active but never descended from treetops; a couple of dorotheae Short-toed Treecreepers showed quite well by the cafe at Stavros tis Psokas; no sign of crossbills. 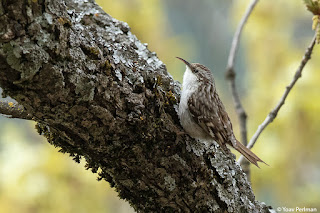 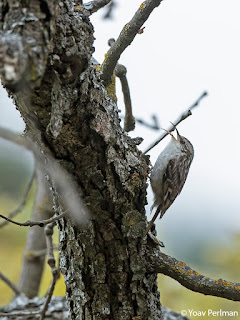 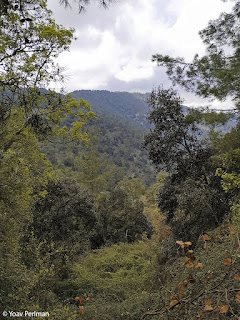 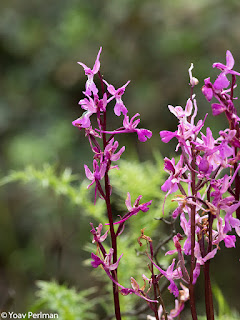 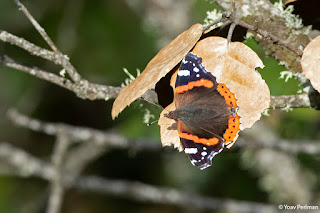 In the evening, back at our accommodation, Cyprus Scops Owl became very vocal after dusk. One individual sat on our chimney and sang so beautifully. I sound-recorded him from the living room through the fire place - quite cool... 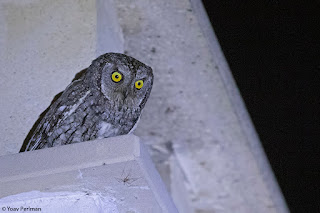 While writing this he still is out there, doing his double-hoot. Goo-hood night.
פורסם על ידי Yoav Perlman ב- 9:45 PM