My last proper birding session in Cyprus was back at Baths of Aphrodite. There's something special about the topography of this site, how it's wedged between the sea and the mountains, that concentrates active migration there. At first there were few hirundines on the move, but after a dramatic hail storm passed, suddenly the skies were flooded with swallows and martins, all heading northwest towards the tip of Akamas Peninsula and onward to Turkey.

On the ground there were quite a few migrants present, in somewhat smaller numbers compared to previous visits but still enjoyable. Sadly the huge migration wave of B&W flycatchers that Israel is experiencing was not pronounced is this part of Cyprus. However, even the handful of Collared Flycatchers present are sufficient to make any birder happy. 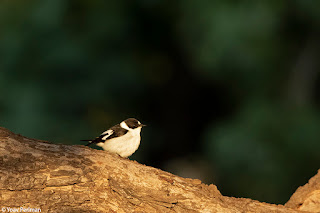 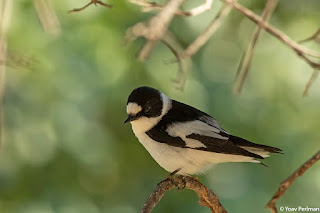 I spent a bit of time with one of the Cyprus Wheatear pairs. The male has become really tame and performed admirably - stunning bird. 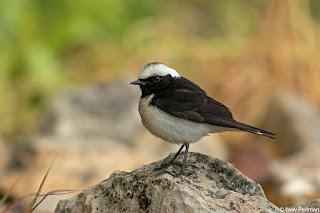 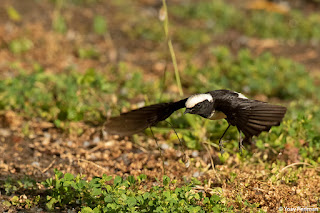 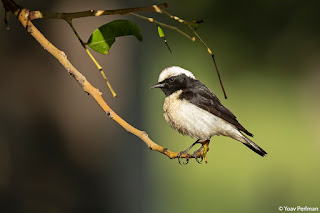 How morally bad is it that I removed the nasty twig behind his bill? 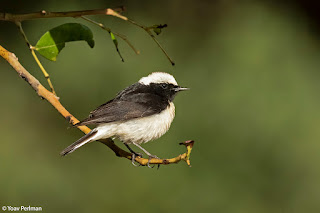 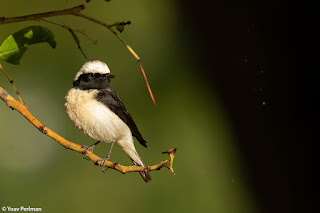 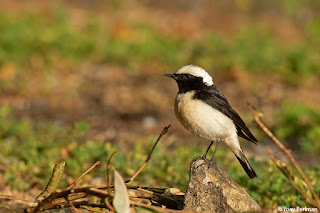 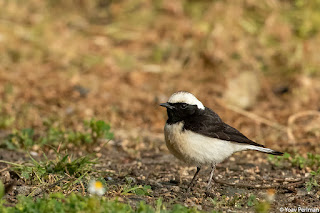 The female was not so well-behaved but I guess I can't complain. 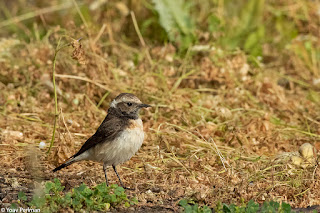 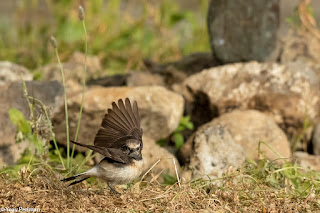 Other birding highlights were a Great Reed Warbler, 2 Masked Shrikes (continuing the B&W theme) and both cuckoos. eBird checklist here. 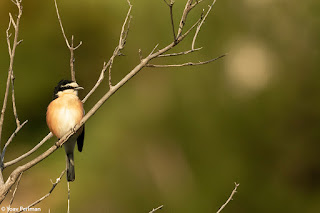 I'm back home in Israel now. Cyprus was great and birding was good, though at least during my visit and where I checked migration was OK, not more. I missed some crazy days of birding in Israel while I was away, hope to catch up with some action in the next few days. Stay tuned.
פורסם על ידי Yoav Perlman ב- 10:45 PM