After Shetland we headed back to the mainland and spent a few days in the beautiful Cairngorms National Park. We were based at the Grant Arms Hotel - I was invited by Birdwatching and Wildlife Club to give a talk and do a walk for their guests. It was a lovely experience - many thanks to BWWC for the invitation.
Most time was spent with the families (we were joined there by my brother's family). After a week of brilliant weather up in Shetland, we were greeted by miserable weather in the Cairngorms. Still we made the best of our time. Birding options were limited, and frankly it's not the best time of year for birding the year. On Sunday, almost a week ago, we spent a great morning birding with Peter, local birding ace, in a large circuit around Grantown-on-Spey where we stayed. My brother had never seen a Capercaillie before, so that was our first target. Not an easy bird in August, but we faired well - first a beaten male, who obviously had a tough lekking season; then a close encounter with a female with two large chicks right on the road outside of Carrbridge. As usual, my camera failed on me and refused to produce sharp images of the male. The beautifully-patterned female was too close - so only portraits possible: 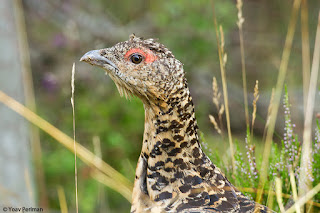 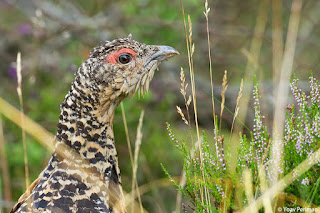 Then we tried for crossbills, checking some spots near Loch Garten in RSPB Abernethy Forest, without success, but had some Scottish Crested Tits. Always nice birds to see.
Our last spot was Lochindorb, that was completely empty - not a single bird in this heavily disturbed lake. The grouse shooting moors around the lake were packed full with stupidly-tame Red Grouse. Unnatural density of this game bird. Not a single harrier, falcon or eagle was to be seen. Sad testament of the ruthless persecution of Scottish raptors. It was lovely to see Red Grouse, my first actually, but sickening to think that today, Inglorious 12th, many of them will probably get killed on these moors. 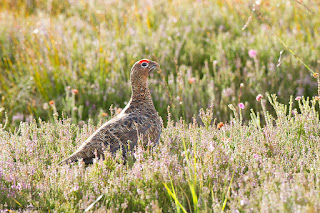 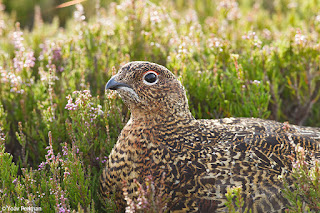 We did see a single Short-eared Owl hunting voles over the moors - lovely bird but my camera wouldn't focus properly. I have said this before, I really need to get a new camera. If anyone from Canon is reading this, my birthday is in October 😉 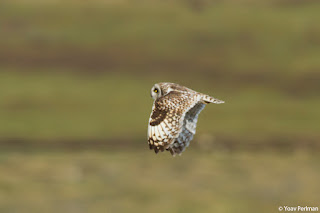 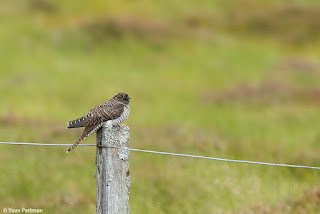 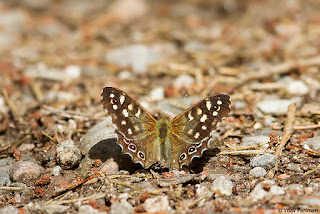 Loch Morlich from the top of rainy Cairngorm Mountain 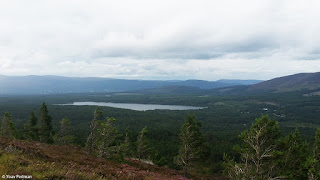 Then it was the long drive back home to Norwich. I drove the car with my brother, while our families flew out from Inverness. We stopped for some birding in Northumberland - Coquet Island was full of birds but we were too late for a boat trip so scoping at 1.3 km is somewhat disappointing. Still we saw Roseate Terns and two lingering Puffins.
פורסם על ידי Yoav Perlman ב- 9:38 AM