Back home in Norwich already, but I have some more Scottish tales to tell. On July 31st we went out to sea with my mate Phil from Shetland Seabird Tours. We left Lerwick harbour and headed towards Noss NNR. Phil boat is great - small enough to get close to water level, but sits very well on the water.
Noss is an impressive rock and has even more impressive gannet numbers - in fact 22,000 pairs breed there. The sea was somewhat choppier than normal but we all did well, especially Libby who fell asleep halfway through the trip...
The gannets there know their duty and showed up when they were invited by Phil. I was so unprofessional and forgot my small lens onshore. At these distances, my 500 was useless, so all these photos were taken with my phone. Phone photos should never be displayed on a computer screen, I know. But all in all they're not too bad I think, for phone photos at least. 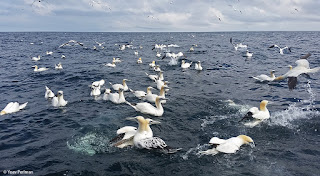 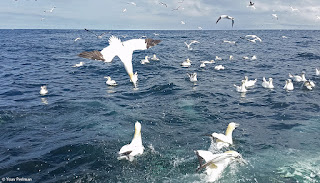 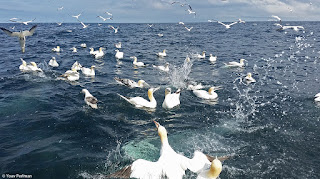 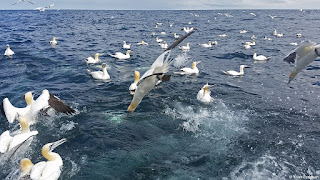 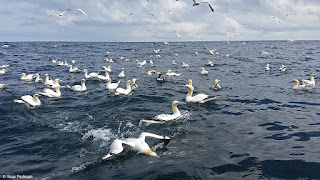 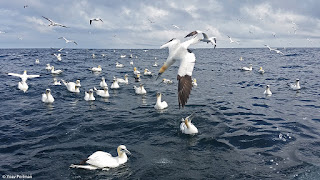 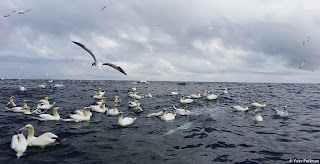 Quite a few Bonxies joined the feast too: 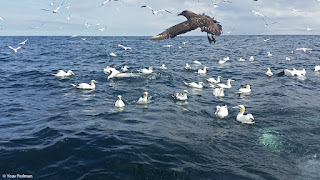 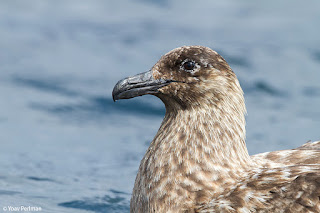 As did the local Great Black-backed Gulls: 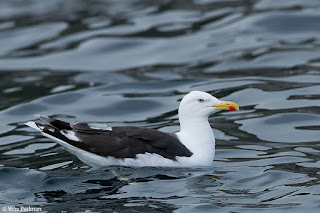 Most breeding gannets had Masked-Booby-like fluffy chicks still in the nest: 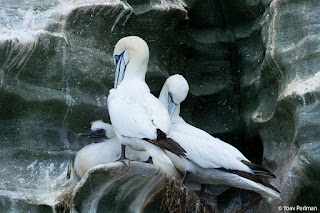 Lots of non-breeders too 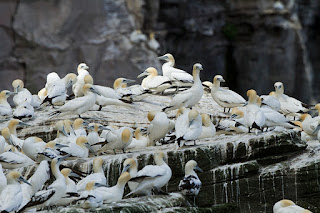 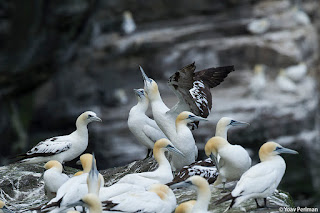 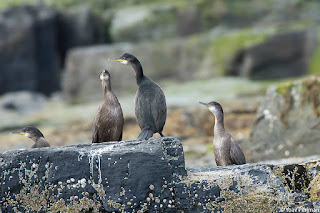 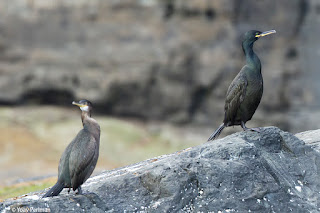 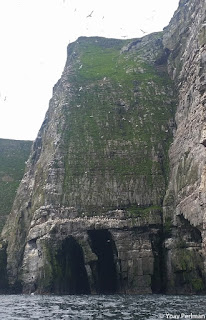 On the way back we stopped for some seabirds away from the cliffs. We encountered some feeding concentrations of puffins and Arctic Terns. Closer views on Sumburgh Head but lovely to see them at sea: 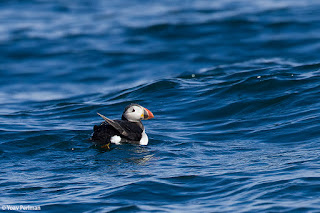 Most Common Guillemots had already left - only few seen 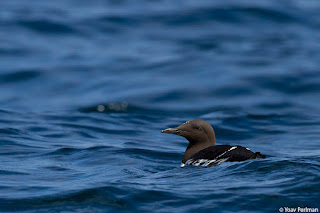 Several Black Guillemots (Tysties) were loafing in the harbour - losing their summer plumage: 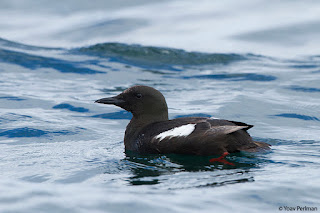 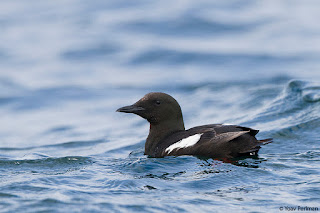 Some more Arctic Terns in the harbour: 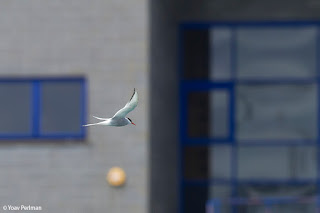 And a few Common Eider families: 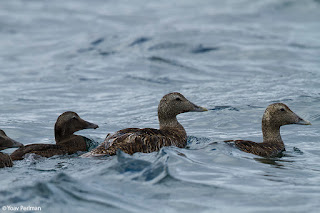 Back on land, one of the few Common Terns on Shetland was especially obliging just in the carpark: 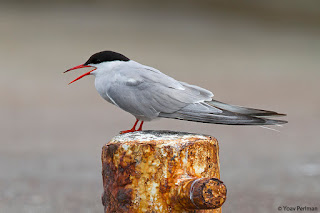 Many thanks to Phil for the brilliant tour. Great fun and quality birding. Highly recommended to anyone visiting Shetland. Till next post... 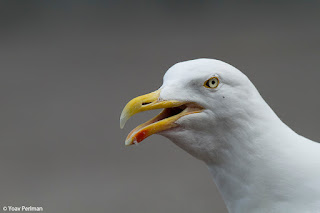