Had another great day today on Shetland. Headed out early onto Scatness. Paul dropped me off and just a few minutes after I had started walking I heard a familiar call - Red-throated Pipit! I quickly located the bird flying overhead. The wind was blowing hard from the southwest so it quickly flew northeast, and it gave another 2-3 calls before I lost it flying in the general direction of Sumburgh. While watching it I reached for my phone and tried to sound record it but all I got was the wind... Luckily I am well familiar with this call - common species in Israel. Nice one.
Otherwise it was still pretty quiet. I had one nivalis Snow Bunting and about 8 Northern Wheatears. There were many skylarks and Meadow pipits around but I couldn't relocate the red-throat or find anything else. On the wetland there were 8 Whooper Swans and a nice selection of scarcish Shetland ducks - singles of Pintail, Gadwall and Shoveler. Also 1 Jack Snipe. 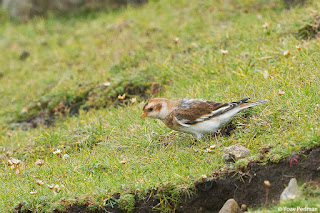 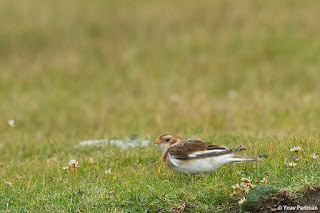 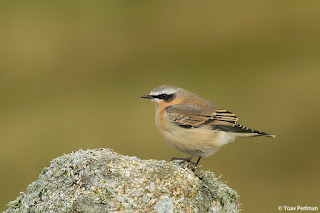 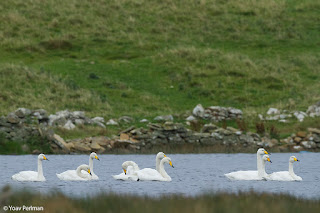 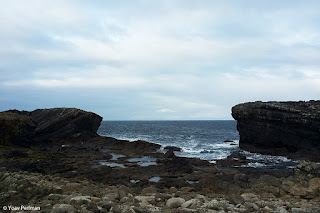 Roger graciously picked me up and we went on birding. First we checked Durigarth. No White's Thrush in the famous garden - we had to settle with this handsome male Lesser Redpoll, rather scarce on Shetland: 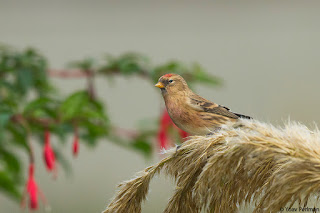 Then we checked Rerwick  - nothing there apart for a Great Northern Diver in the bay. 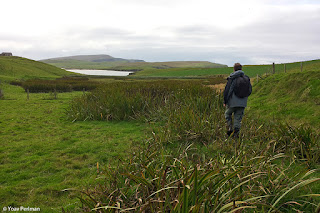 In the afternoon a visit to Lerwick with Martin and Sharon. We first tried the OBP - there were many birders there, some stringing Meadow and Rock Pipits in the process of hanging around... We didn't fancy that activity very much, so we went to have another look in the harbour - again many Eider and about 20 Black Guillemots. 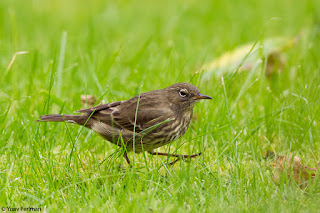