And the plot thickens...

Well it's been a couple of years since I had my hands on a gull, but the good thing about gulls is that they are long-lived, fly around the world and teach us important lessons. U0JD is such a gull. I ringed it in January 2010 with Amir Ben Dov (who has recently won the Bird Photographer of the Year award) and Francis Argyle at Ashdod as a 2cy (hatched 2009). It was young and ugly back then, and to be honest we were not sure what it was. It kept returning to winter in Ashdod as it matured, and we had a idea it was a Heuglin's Gull. However, the moult was not quite right for Heuglin's (too early), in fact it was closer to Lesser Black-backed. Here you can see a collection of Amir Ben Dov's excellent images: 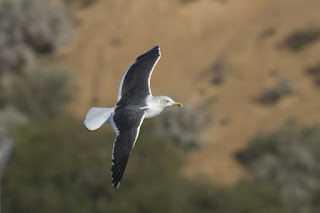 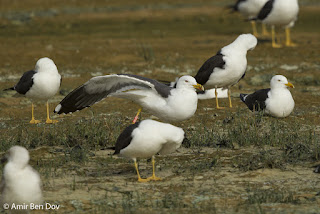 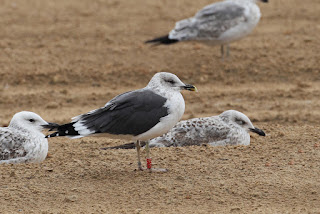 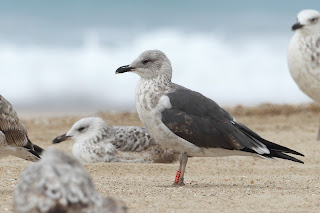 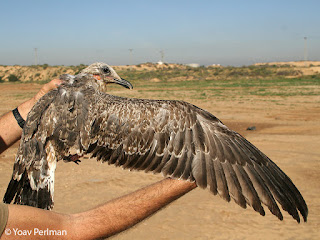 Me and Francis handling U0JD 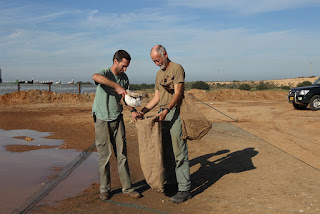 In April 2013, only nine days after leaving Israel, this individual was observed in southeastern Poland by Mariusz Dabek (2590 km!), and stirred quite a debate among some gull experts about its identity. There are no records of heuglini in Poland to date, and it was thought that bird is an intermedius / fuscus type thing, from the N Norway colonies. This famous bird was well documented by Amir, and has a page of its own on gullresearch.org.

A few days ago exciting news, bad rather sad, reached us from Germany: Rolf Zimmerman found U0JD's remains near Köln, western Germany, on 15/10/15. Sadly this bird will not give us anymore information, but it is interesting to think where it was heading to and from where. It's an extremely western location, and I doubt if it was heading south from the N Norway colonies. I guess that it bred somewhere in northwestern Europe, but who knows. Anyway, with such a westerly location, and rather pale mantle, it could fall into graelsii group quite OK? 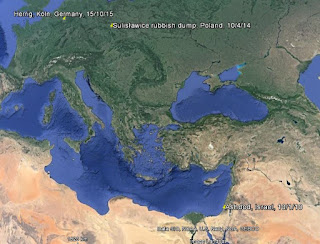