So after 900 km of driving I finally managed yesterday to get proper views of the Hudsonian Whimbrel at Nakhsholim. This fantastic 1st for Israel, found by Rei Segali and Tuvia Kahn last week, had been playing hide and seek with me during my two previous visits. Yesterday I returned with Meidad, Arad and Jonathan. Started off at the original site where it was found and of course we saw no curlews at all for the first couple of hours. Only later we discovered that in recent days most curlew actions took place a few kilometers up the coast (thanks Lior), so we headed up there and indeed found the Hudsonian among a mixed group of another 5 Eurasian Curlews and 2 Eurasian Whimbrels. Pheew... We got good scope views of the bird both on the deck, feeding on the coastal ridge, and in flight, but the whole group was too jumpy so I got only these record shots. On the deck it is not easy to separate from normal whimbrels - perhaps a tad smaller, rather brown on mantle and coverts, with a prominent supercilium, but not striking and really depends on light conditions. However already in this image the brown base tone to TF (between the dark bars) is apparent- different from the whitish or pale greyish of euro whimbrel. 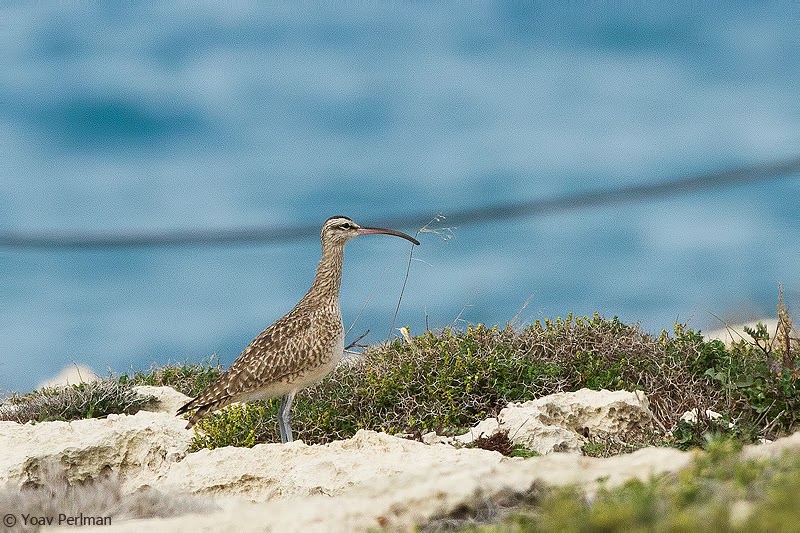 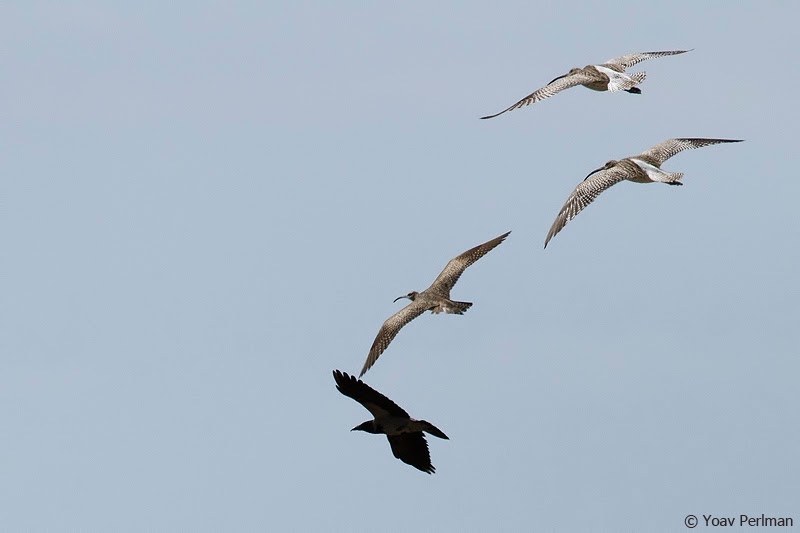 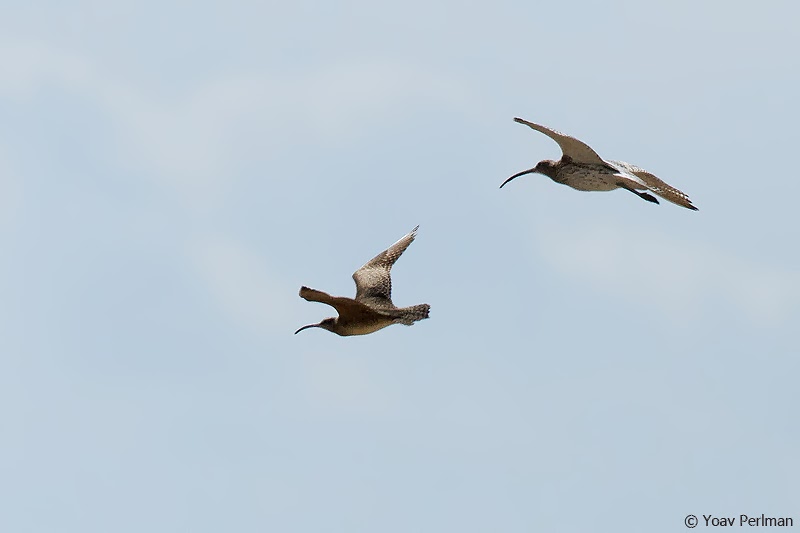 In the fishponds and on the beach some additional stuff - flamingos, shorebirds, gulls, terns etc. - lots of birds there. This sweet juv. Little Gull was feeding off the water surface like a marsh tern: 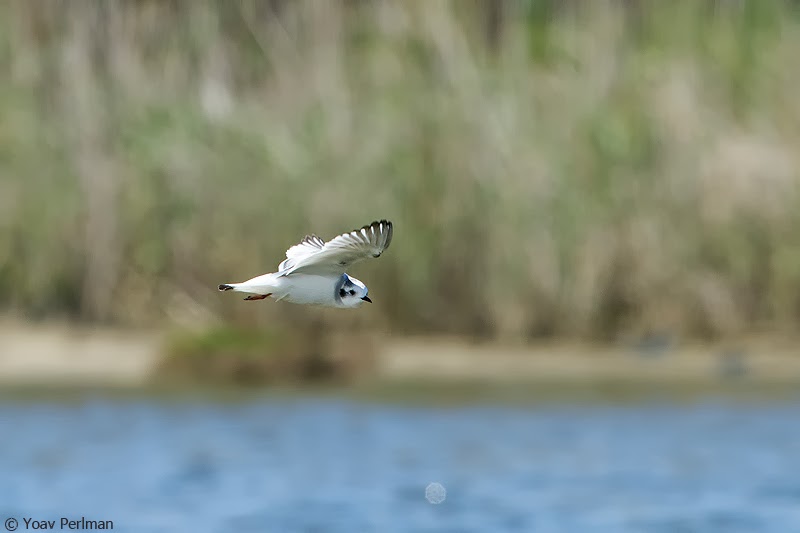 In the evening I met up with Søren and Kenneth from Denmark for a very successfull night tour. Together we had a memorable night - it was one of those rare days when it rains in the desert. We experienced some powerful floods, heavy rain, and walked up a desert gorge, in full moon, with huge amounts of water running in the wadi. We had superb views of both Nubian Nightjar and Hume's Owl - super stuff.
פורסם על ידי Yoav Perlman ב- 12:18 PM