Have been very busy lately with little time to bird or blog, so my day out today was much appreciated. Left home early and met up with my boss (who has started reading my blog lately... errrr.... hi Dan...). We drove to the Hula Lake (Agamon) where we had a couple of hours for birding with Nadav before meeting our guests - Dr. Caren Cooper from Cornell Lab, and Yossi & Naama from Hamaarag (a national wildlife monitoring scheme). I had two personal missions - to photograph a singing male Black Francolin nicely perched on top of a mound, and to properly photograph a Black-winged Kite. I succeeded only partially in both missions. I heard lots of singing francolins, but they were all very shy and didn't show at all; got only this half-decent shot of this male hurrying through the vegetation. 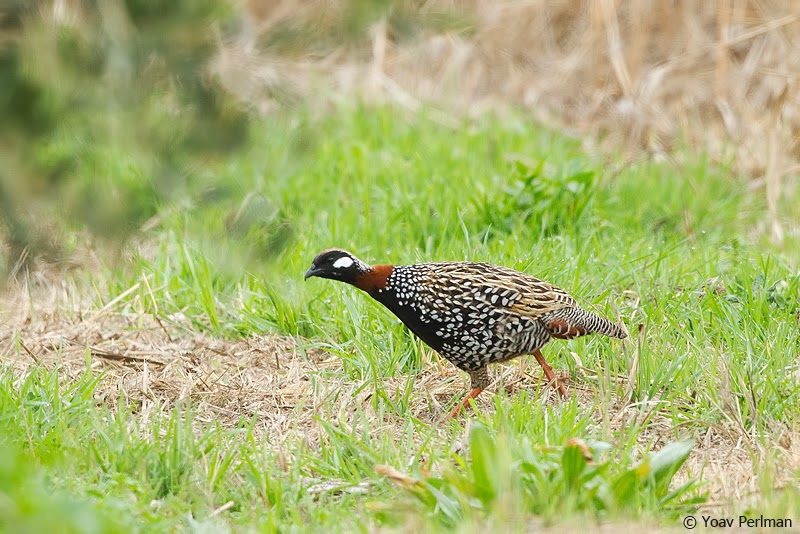 Did get this short sound recording:

I drove around trying to find something interesting but it was very quiet, perhaps because of the cold and wet weather. So at first I settled for photographing common birds like Avocet: 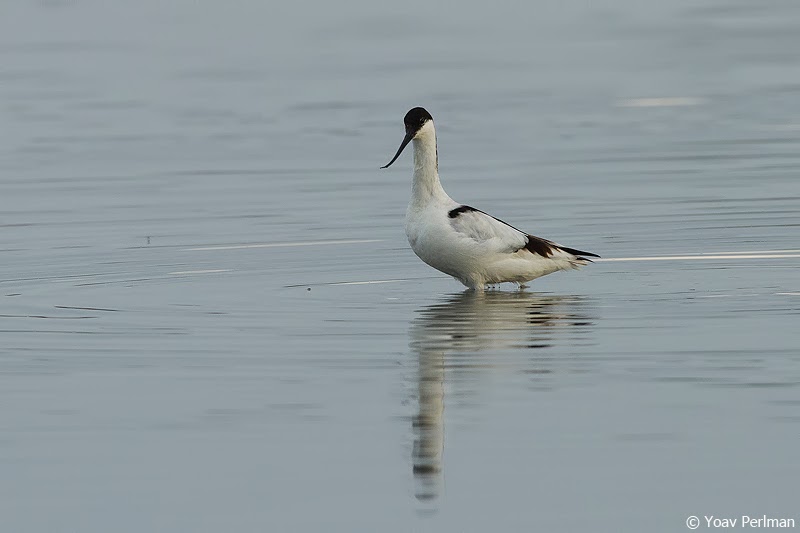 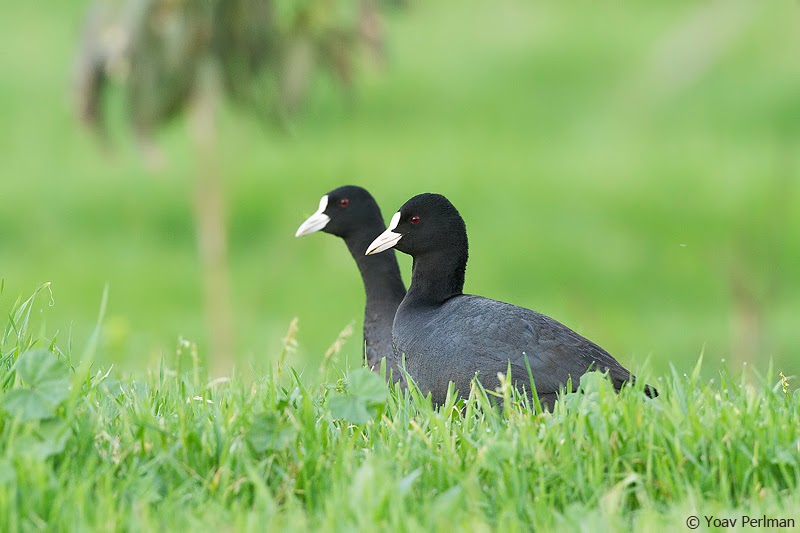 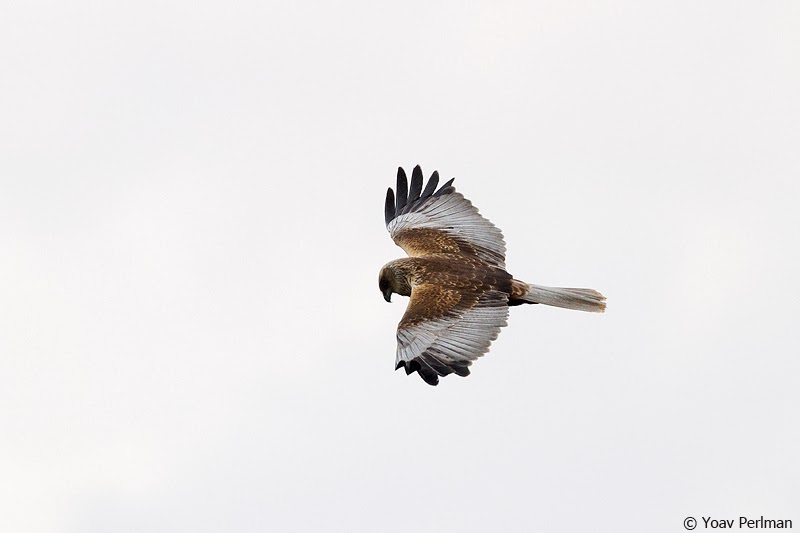 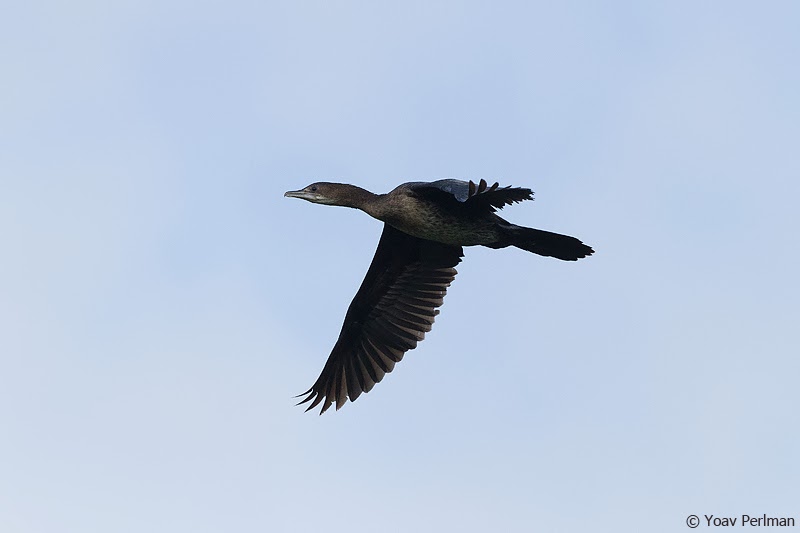 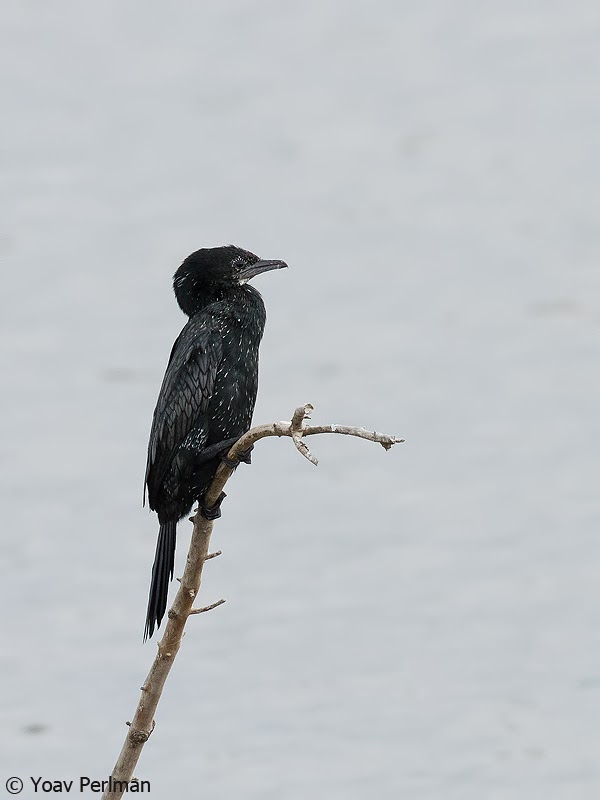 Wigeons - they are such lovely ducks though. I bet the males are realy tasty - they look so sweet: 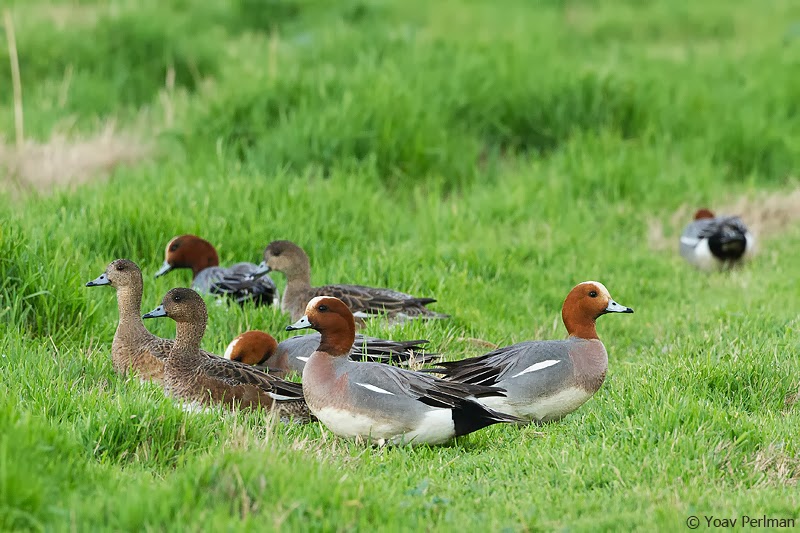 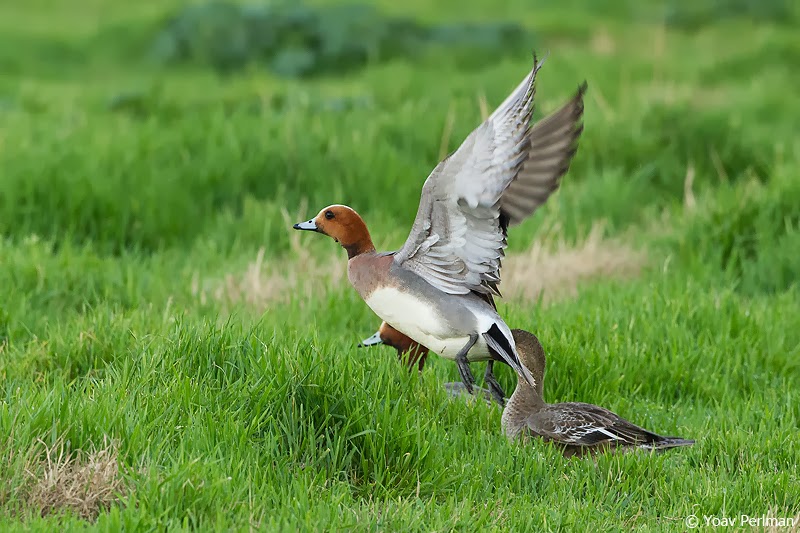 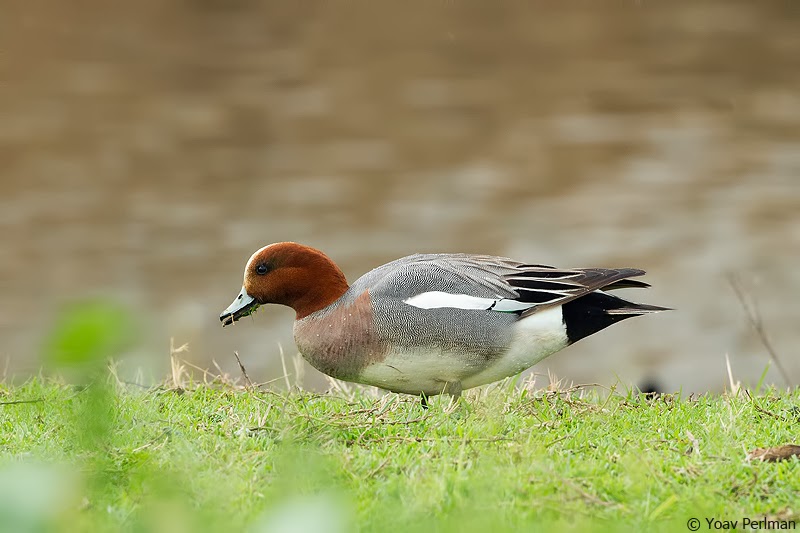 This guy might have some American Wigeon genes thrown into it (or Mallard / Shoveler / Teal): 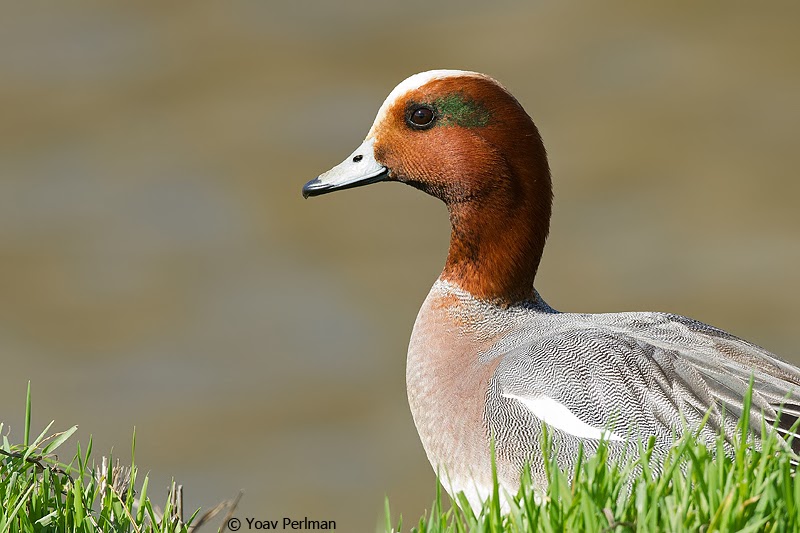 Lots of Glossy Ibises around: 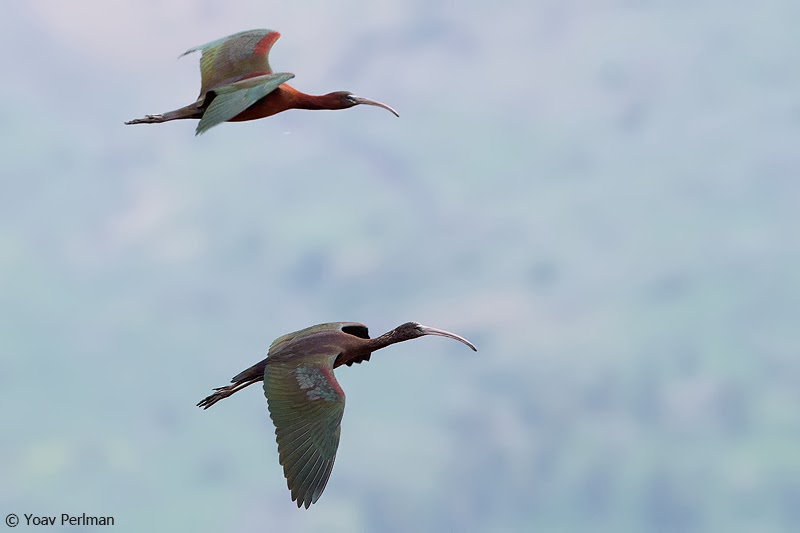 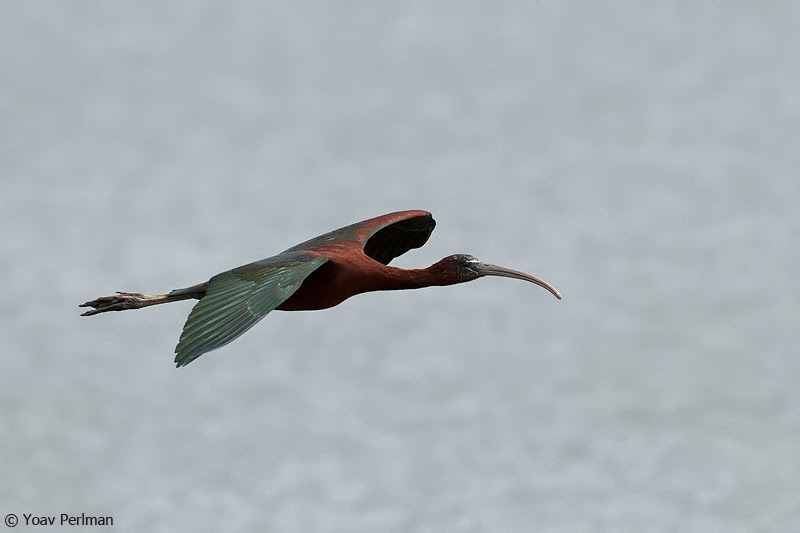 Then at last I had some action - I found a dead crane in a Humus field with six eagles feeding on the carcass - 5 greater spots and an imperial (that took off before I got any closer). 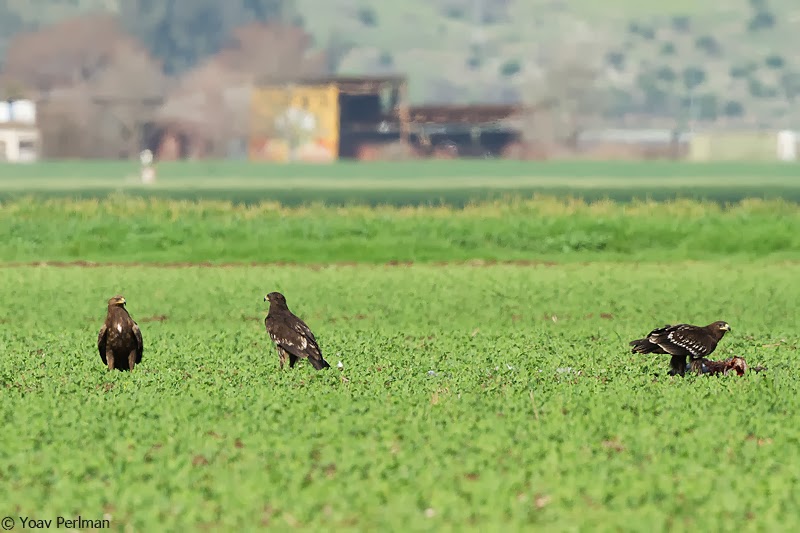 I saw two pairs of Black-winged Kite (there are now three breeding pairs in the Agamon!) but none performed better than this: 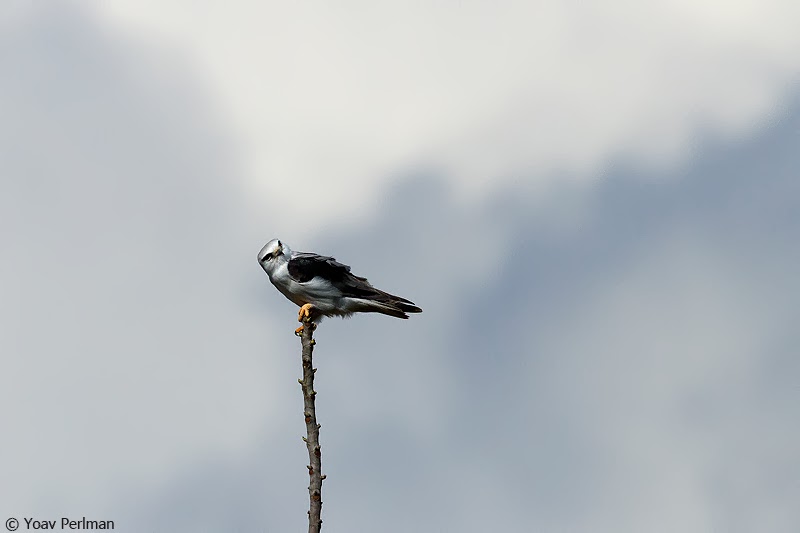 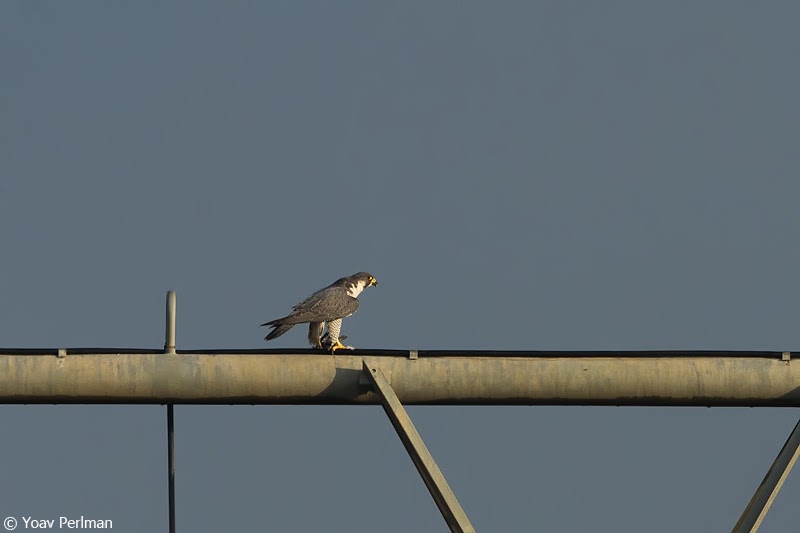 Then before lunch our guests finally arrived. We first took the mobile hide tour that was fantastic as always, amongst the 32,630 cranes (according to this morning's count by the Agamon team), and then drove around a bit more with a clubcar. 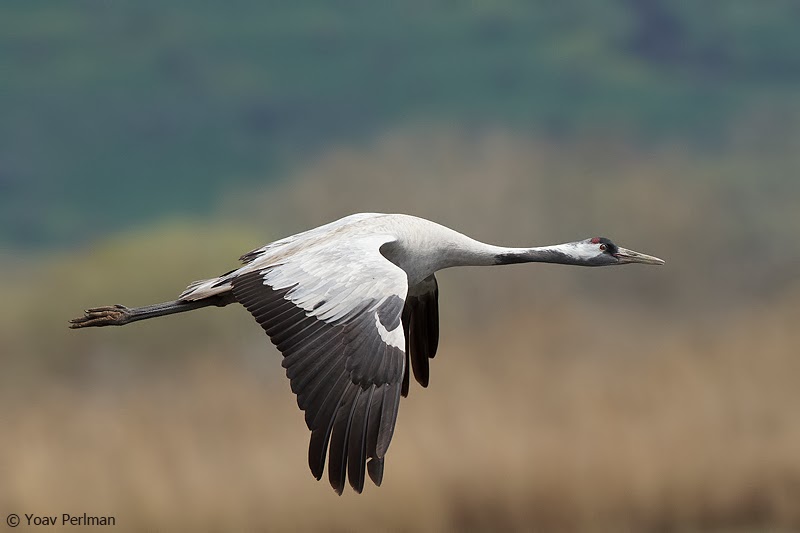 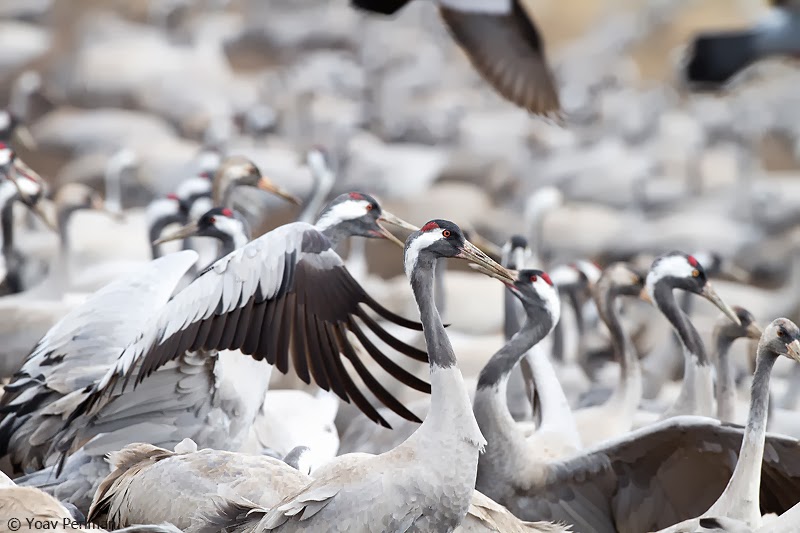 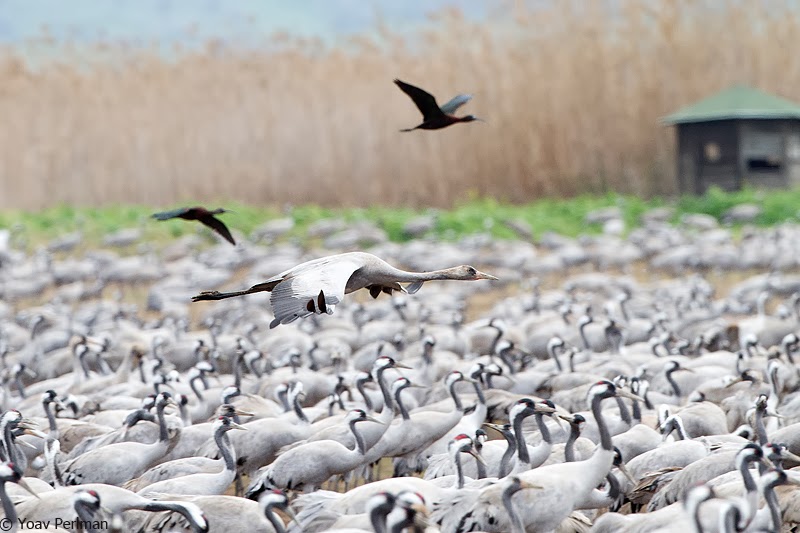 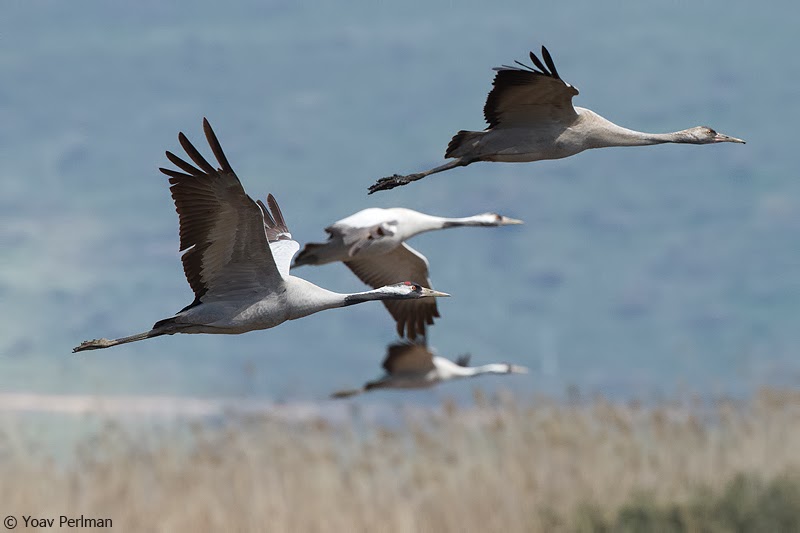 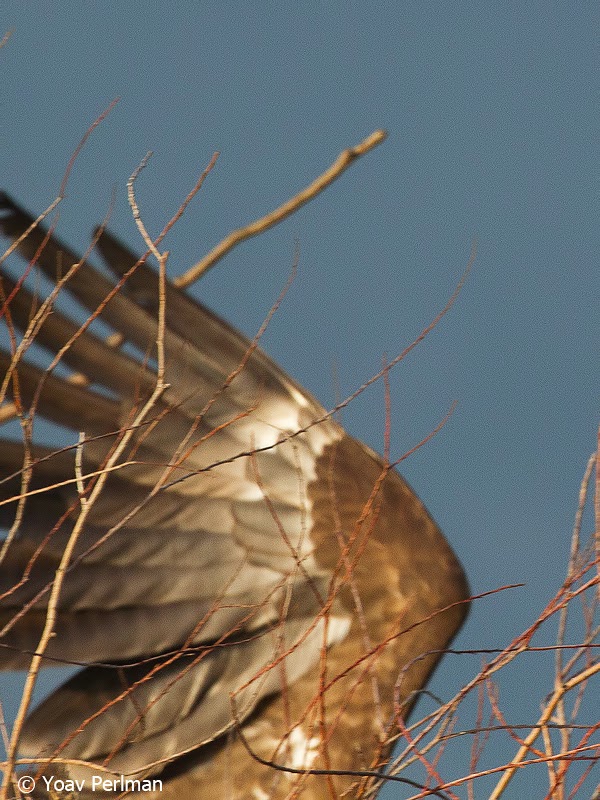 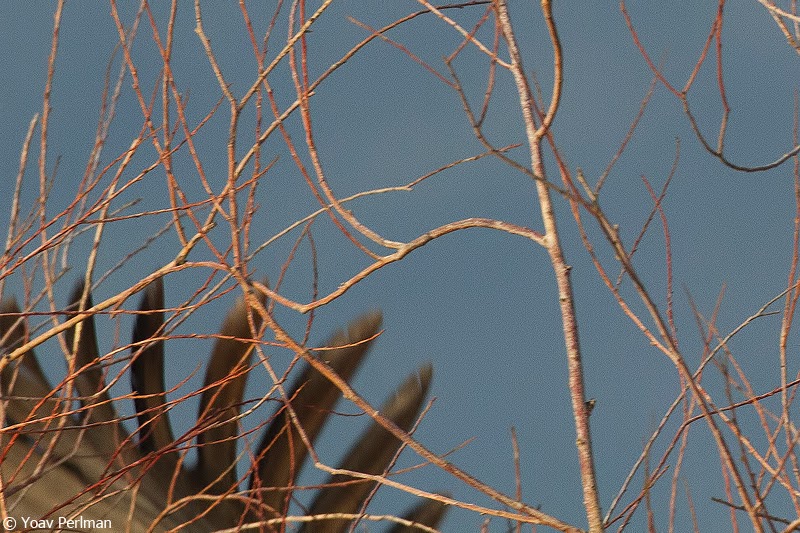