Long day. Started with some meeting in the north, beforthe meeting had time for a quick look with Nadav at Kfar Narukh reservoir that was packed full with ducks. Highlights were 150 White-headed and 20 Ferruginous Ducks, 1 Red-crested Pochard, and an impressive flock of 250 Wigeon feeding on the nearby meadow: 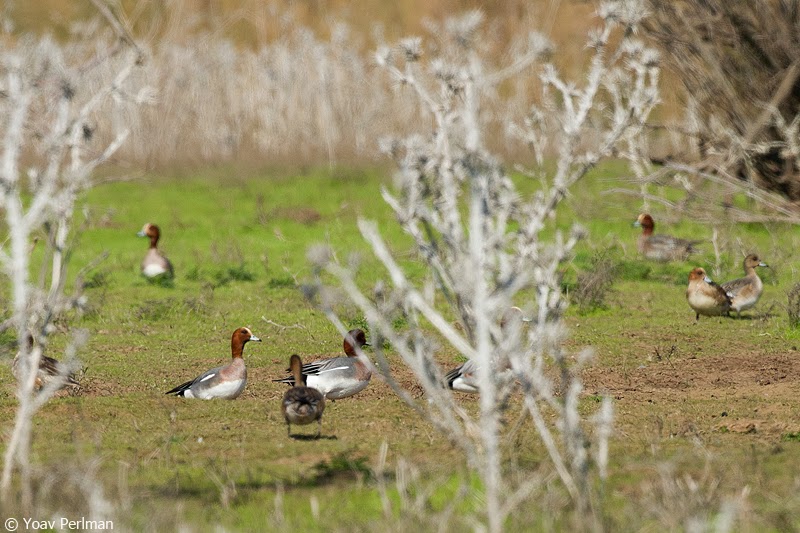 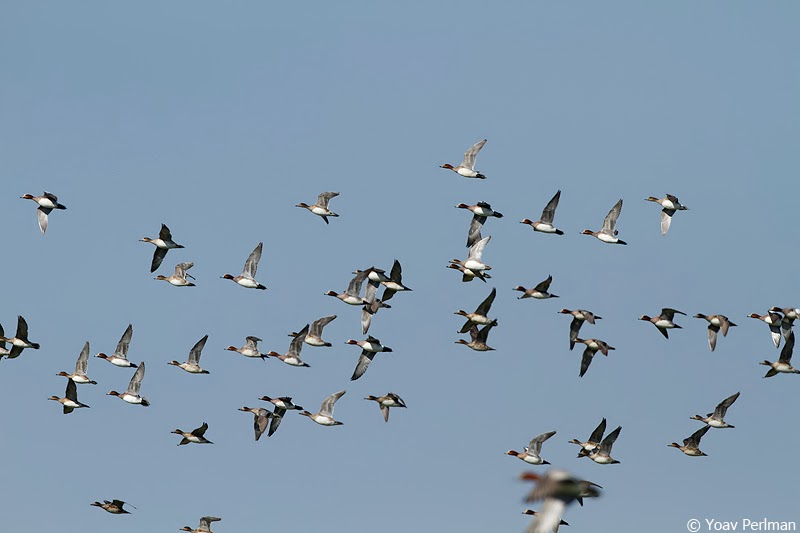 Then I drove to the Safari park in Tel Aviv to colour-ring two gulls rehabilitated in the Widlife Hospital there before release - 1 Baltic and 1 Armenian. There were only few gulls on the pond. This female Yellow-legged Gull was ringed by yours truly in April 2013: 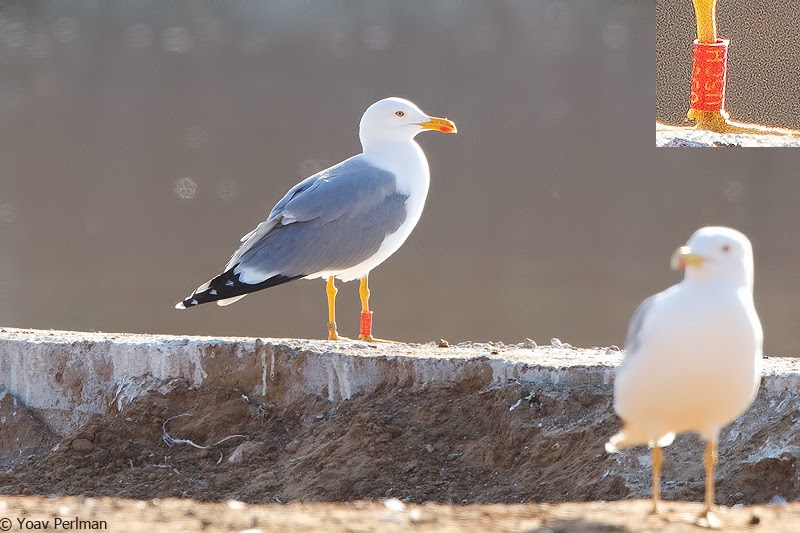 Then I released the gulls in Ashdod ponds. Large gull flock there gathering to roost. Had no time to check through them, but couldn't resist taking a shot of this Golden Jackal before I raced back home: 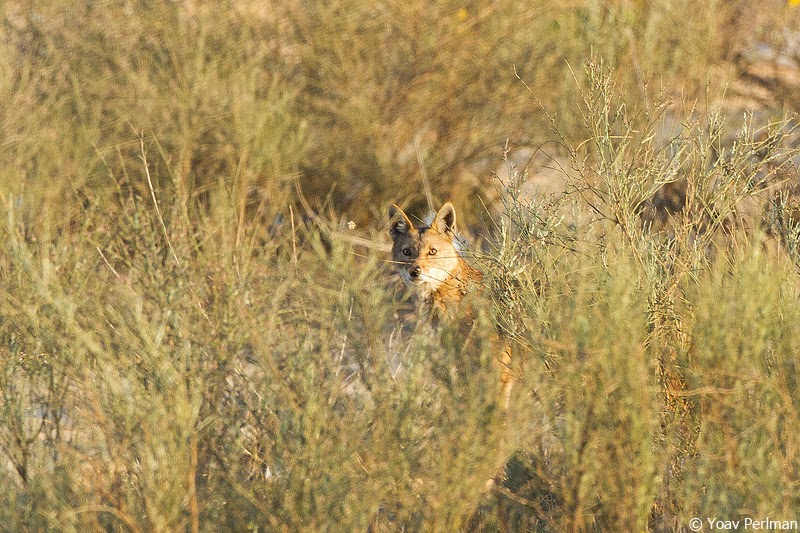