After a morning meeting in Be'er Sheva I headed north to Nakhsholim to give the Hudsonian Whimbrel a second try. I was driving on the highway a few kilometers north of Beer Sheva when I saw this very pale, tawny-coloured eagle take off from beside the road. At 130 km/h it looked very plain and unstreaked, but I couldn't stop as there were some roadworks. I had to drive up the road a few more minutes until I found a place to U-turn (almost killing myself under a lorry), and headed back to where I first saw it. After a few nervous minutes relocated the bird and was slightly disappointed - 4th plumage Eastern Imperial Eagle. Very tricky plumage and an extremely bleached individual. 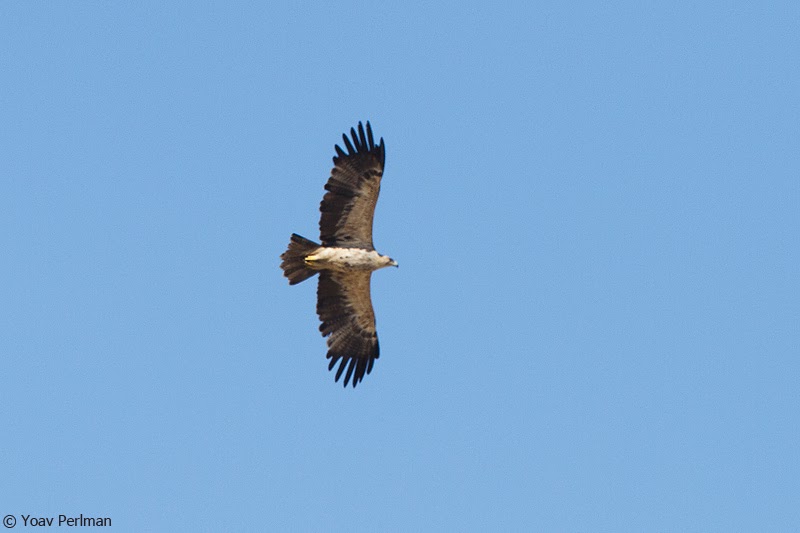 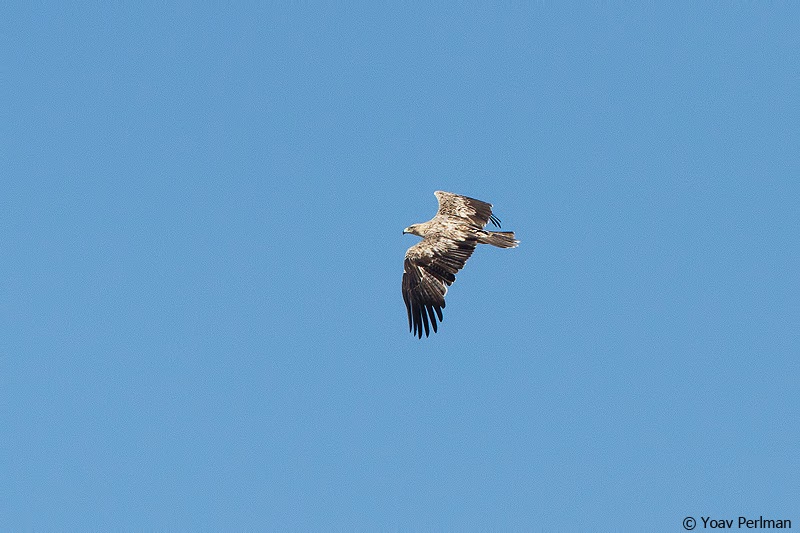 Anyway, back to the main story. Picked Arad up along the way and we arrived at Nakhasholim around noon, where we met up with a few others. We walked up and down the beach and for very long time saw nothing. At about 15:00 I spotted a distant whimbrel-type. After scoping it for several minutes feeding on the rocks, it jumped up (and out of view) and I could see it had a dark rump - It was the Hudsonian Whimbrel! After these very distant, far from satisfactory views (and no images at all), I started walking to get closer but couldn't relocate the bird. It is so mobile these days! About half the birders looking for it have missed it. I will have to return a third time for proper views - somebody needs to figure out what this bird is doing and where it hides when absent from the regular sites.
Apart for the whimbrel another two Eurasian Whimbrels and a Curlew, some Pallas's Gulls (with complete black hoods) etc. 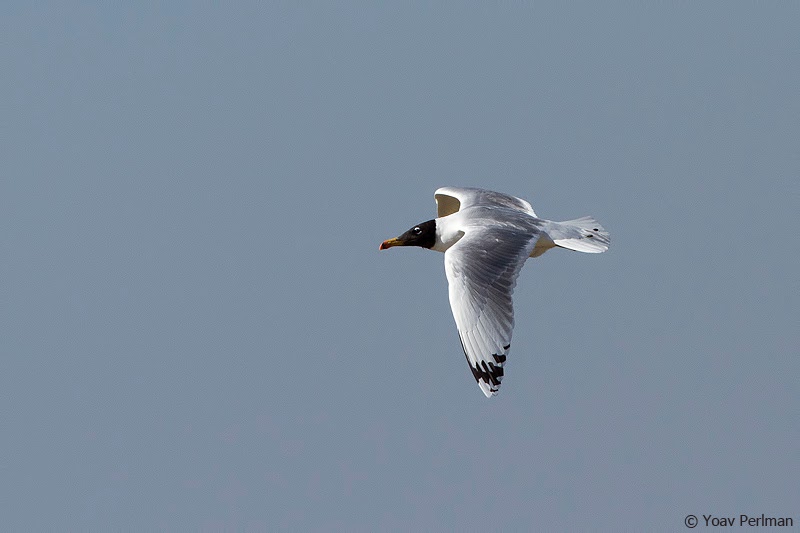 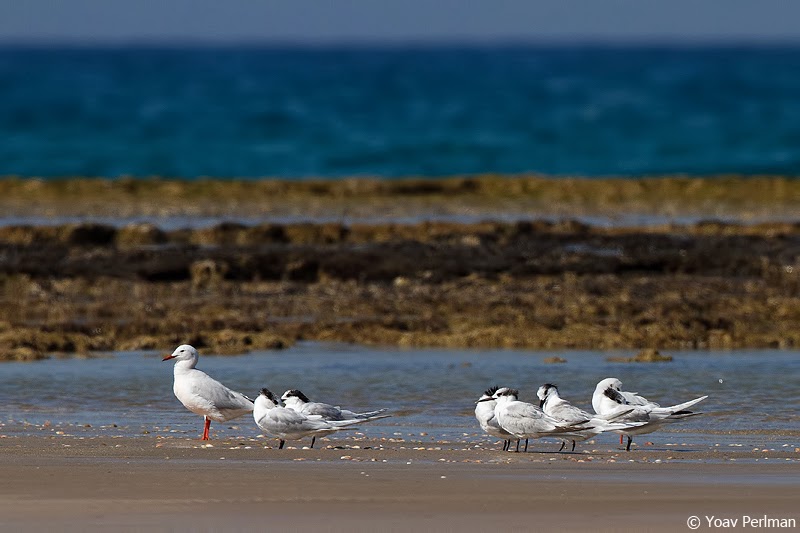 As a result of the extraordinary hot weather, some humans began their pre-breeding moult earlier than usual this year, and are already in summer plumage: 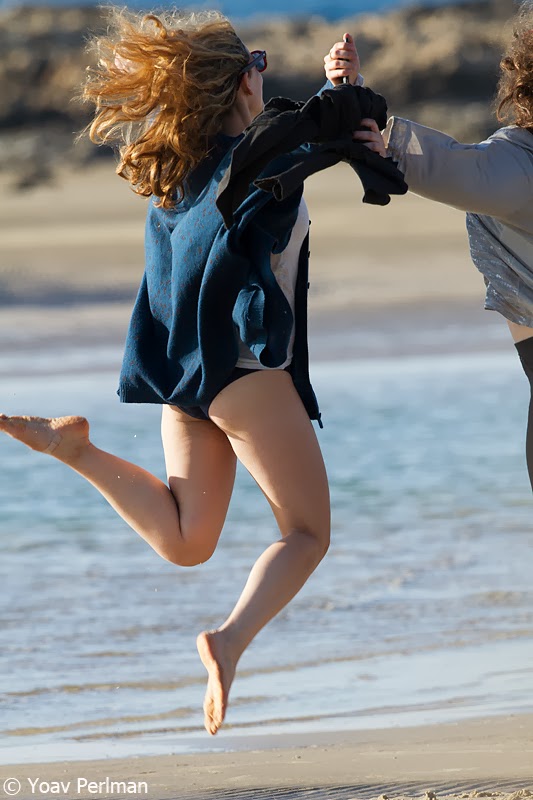 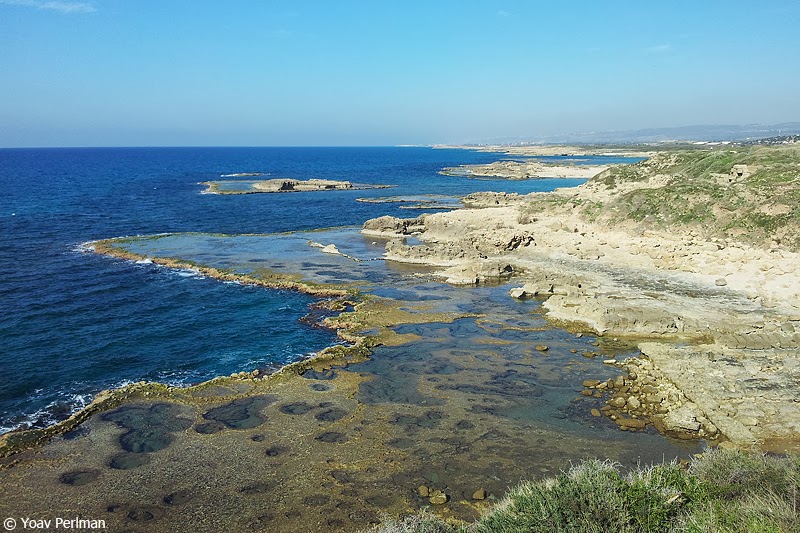