Our breeding atlas project on Mt. Hermon resumed today. This project is supported by the Hoopoe Foundation. Military restrictions altered our plans a bit, so we're doing three days this week and another two next week.
Today I worked with Meidad and Roei on a box rather low down, above the Druze village of Majdal Shams, between 1350 and 1550 m asl. We worked on a very steep and rocky slope, which was rather difficult and challenging to work on, but we had a superb morning. Big numbers, lots of breeding activity, and some quality species too. Weather was wonderfully cool after a few days of blazing heat.
Most prominent in our box were Western Rock Nuthatches - we had 13(!) families. Exceptional density for this scarce species. 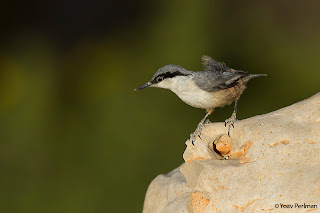 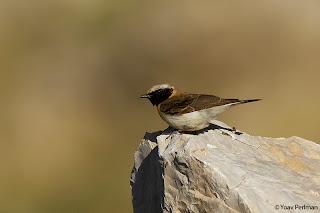 Biggest suprise of the morning was a breeding pair of Finsch's Wheatear - we saw the male and female carrying food into a cavity. In Shirihai's Birds of Israel (1996) it is mentioned to be a rare and irregular breeder in the highest elevations of Mt. Hermon, but to my knowledge none were found breeding in recent decades. I was very pleased to find these, and pretty surprised to find them so low down. 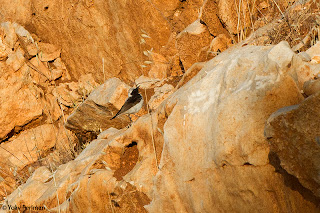 Other quality species included a singing male Irania, three breeding pairs of Upcher's Warbler, two breeding pairs of Blue Rock Thrush, some Rock Sparrows, Black-headed Bunting etc. It was good to see that Syrian Serins are back. I was a bit worried after we saw almost none on our previous session a month ago, and I was amazed to witness how fast they breed - we had many families today with full-sized fledglings. 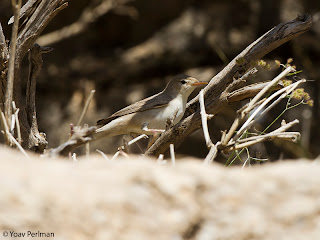 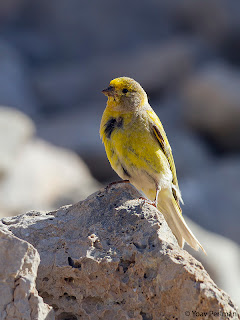 Sombre Tits - several families of these too 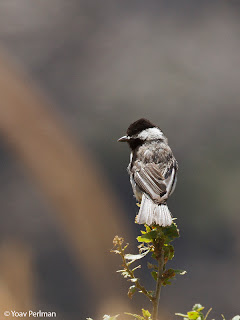 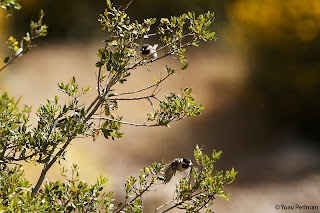 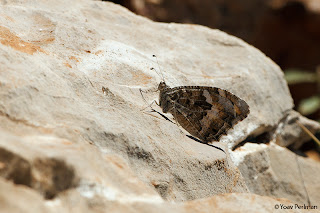 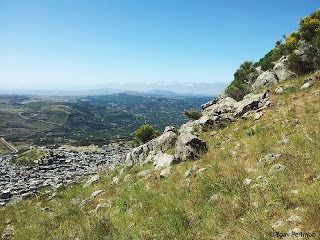