Our second session of the SPNI / IOC Mt. Hermon breeding atlas is stretching and stretching, mainly because of limitations from the military. This is really frustrating after the first session in late April - early May went so smooth. Anyway, today we checked the central basin of Mt. Hermon. Most of the teams worked rather low down, between 1300 to 1500 m asl. I checked a very nice box that as usual in these elevations had tons of birds in it. Early in the morning the weather was quite disgusting - very hot and lots of dust in the air, but at about 08:00 the weather suddenly shifted to a very fresh and cool westerlies and the rest of the morning was very pleasent.
Just as I had dropped Nadav off at the beginning of his route I spotted a male Irania, quite far away. Sadly, Nadav wasn't able to connect with it later on. But Tuvia found another breeding pair slightly higher up, and perhaps a second. This brings us to 8 active territories this year - very good result.
My box was very rich in Western Rock Nuthatches, Sombre Tits and Woodchat Shrikes. Many families of each. Sombre Tits are really common at these elevations, but only today I managed to get a proper set of images of this hyperactive little bugger. Unfortunately, adults of all species are so worn and scruffy now. 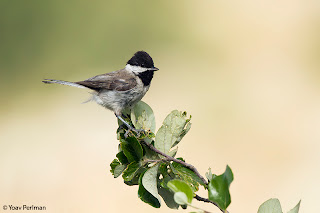 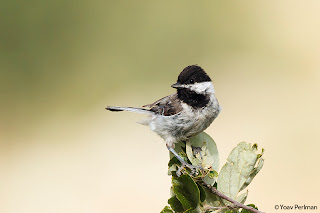 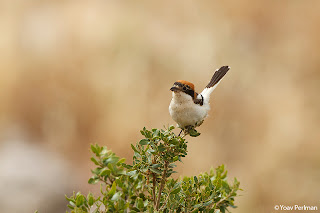 Other birds I had in my box included Crtezschmar's, Rock and Black-headed Buntings, Syrian Serins, lots of Eastern Orphean Warblers, some Red-backed Shrikes etc. 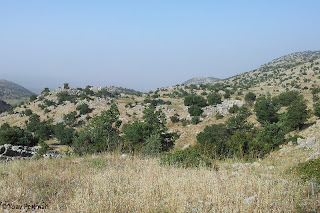 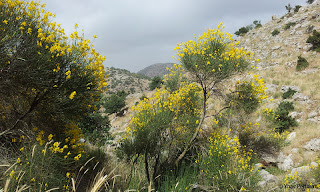 After I was done with my box I joined Noam and Lior. They returned to where we had found the funny Chiffchaffs and found an astonishing 20 territories - many seen feeding young. Whatever chiffchaffs these are, this is the first breeding record of chiffhcaffs of any sort in Israel. We must catch some and obtain DNA material from them for analysis. Hopefully next week.