This week is difficult. Hard work and lots of logistic problems and difficulties - got back home and I'm really exhausted. Finally we got permission from the military to survey parts of the higher elevations. But as soon as we got up there our motivation crashed becuase a sensational wind was blowing - something like 100 km/h. This hampered our birding efforts of course - birds kept very low, and hearing was difficult. Photography was almost impossible. But eventually I managed to see some of the species I wanted to find and confirm breeding - we had fledglings of Crimson-winged Finch, Horned Lark and Hill Sparrow. Other stuff included Spectacled Warbler, and one flyover Raven. At only one spot we sort of enjoyed our birding - we found a small puddle in a relatively sheltered valley, and quite many seedeaters came in to drink, mainly Linnet and Syrian Serin. One juvenile Hill Sparrow came in briefly to drink but I was too slow with my camera.
Mammals included a close encounter with Wildcat, and Caucasian Snow Vole (Chionomys gud). 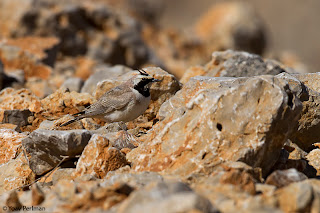 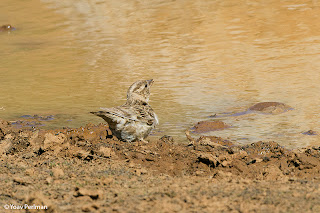 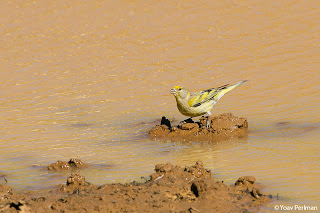 Northern Wheatear - the commonest and most prominent bird today in the higher elevations. 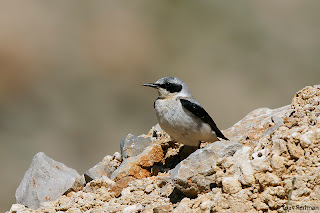 Today the civil war in Syria was more apparent. Rebel troops attacked the Syrian Army troops in the town of Qunetra, right on the Israeli border. At one point we sat and watched the was in front of us. I felt really weird, watching birds and flowers while just 20 km away a bloody was was going on. Crazy world. 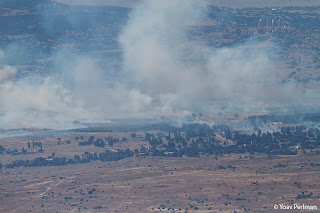 Thanks Heidi for the company and help this morning.