Last day of Mt. Hermon breeding bird atlas for this season today. After lots of difficulties with the military, at last managed to check one of Mt. Hermon's hotspots - Bul'an Valley, which is a high-altitude valley that extends into Syria. We worked in a good team today, and saw lots of birds. Birding there was so great - every bird was special.
Right as we started we bumped into a family of Crimson-winged Finches. Later on we had several more families. 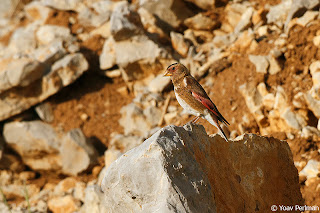 As we started walking down the valley we quickly heard singing Hill Sparrows. They normally breed in small numbers on Mt. Hermon, but today we had about 35 singing males and quite a few families - very high density. 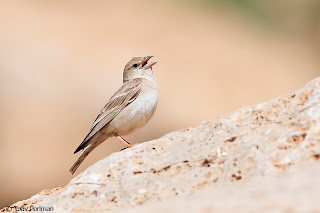 Bul'an Valley is one of the best sites for White-throated Robins. And indeed we found three breeding pairs, which brings the survey total to 11 pairs! First I saw a female chasing away a juvenile Great Spotted Cuckoo. Later on Asaf had another pair, and then I joined Dotan et al. who had found a very active pair feeding in the nest. We kept our distance away from them not to disturb their breeding. Hence the crap record shots. 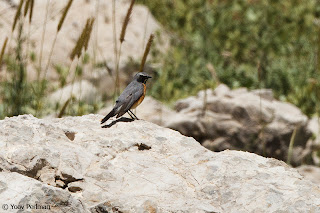 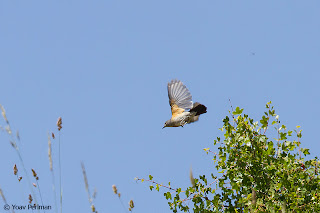 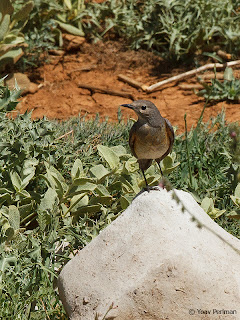 Other goodies we had were several pairs of Upcher's Warblers, some families of Spectacled Warblers, Black-headed and Cretzschmar's Buntings, Tawny Pipit breeding and many more.

Quite good mammal activity too, with about 30 Wild Boar, including an impressive herd of 25, and some foxes and hares. 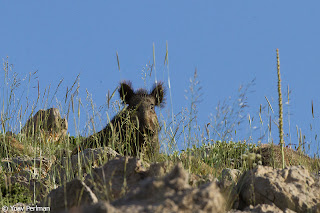 Didn't find any snakes but had lots of other reptiles including this sweet little endemic - Hermon Bowfoot Gecko (Cyrtopodion amictopholis): 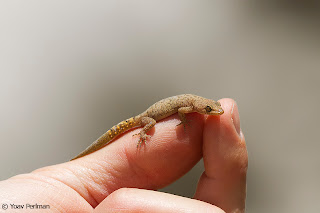 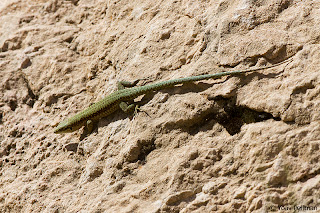 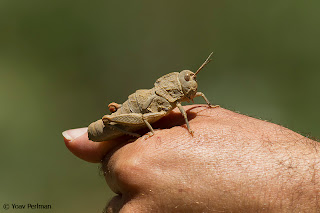 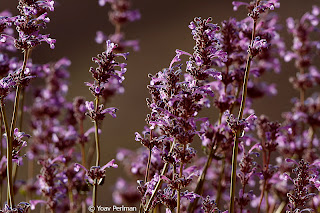 Lunar Landscape - Syria in the background 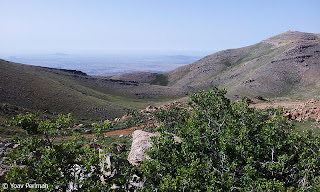 Many thanks to Nadav who organized the survey with me, and to all the extremely skilled field ornithologists who helped with fieldwork. Thanks to SPNI and Hoopoe Foundation for supporting this project.
פורסם על ידי Yoav Perlman ב- 10:19 PM