Our final target species for SE Turkey was Eastern Rock Nuthatch. We checked the dramatic section of the Euphrates gorge, above the picturesque village of Halfeti. I was expecting a difficult trek and some tricky identification issues, but eventually we saw quite many birds on top of the ridge but also right above the village (lifer #5!); some birds even flew down to forage on houses and roofs of the higher section of Halfeti. They are easy birds to identify, especially when seeing both rock nuthatches together. In fact we always saw them together. There seemed to be some kind of association between both species. Ecologically it is interesting to find two species so close to each other maintaining some kind of equilibrium. I suppose that their bills are different enough to reduce competition among species by using different food niches.
Eastern Rock Nuthacth is just massive, with a huge bill. I have handled Western Rock Nuthatches in Israel, and hell, they can bite. These easterns must be real nasty birds to handle. They also have very thick and powerful legs - wonder what does that allow them to do.
Vocalizations are very different and their bellies are noticeably richer rufous, so they were easy to identify. Check those huge black braces running back on both sides of the neck. 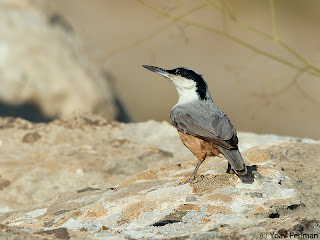 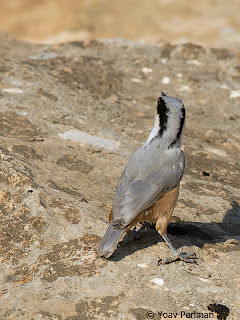 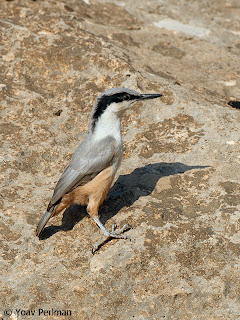 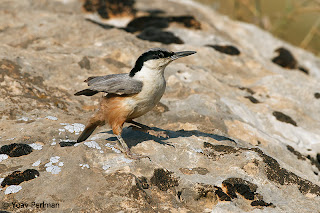 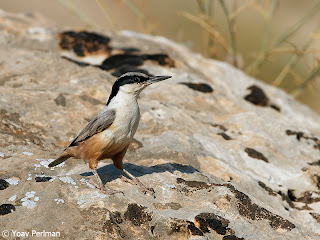 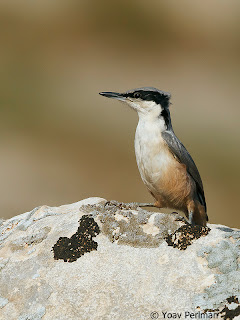 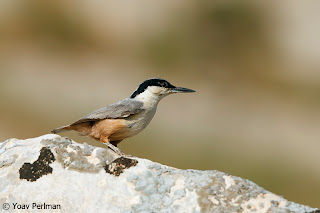 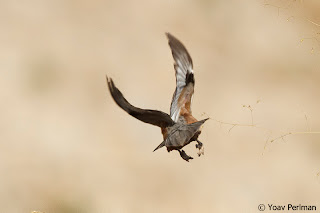 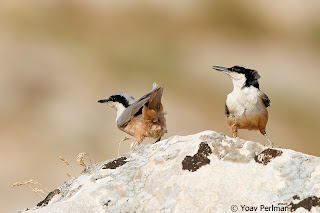 This is the first published image I have found of both species together. In this image you can really grasp the size and structure differences between both species. 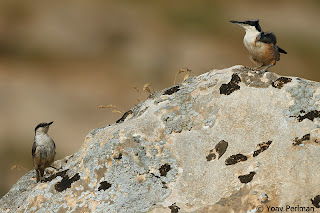 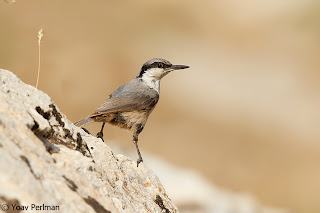 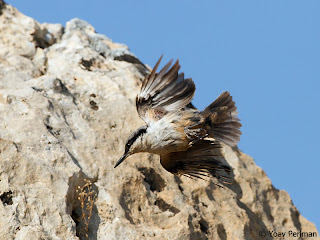 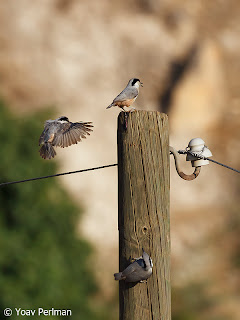 Typical habitat for Eastern Rock Nuthatch above Halfeti, SE Turkey. In the background is a dam on the Euphrates. 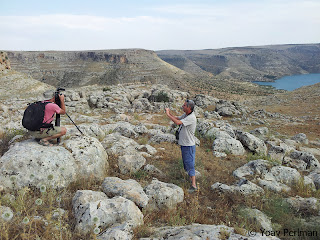 This is the last post from this short trip. On this occasion I'd like to thank my companions - Rami, Rony and Amir. It was great fun, lots of laughs, and good food (Urfa / Doner / Adana Kebab anyone?). No booze though. Rami was in charge of maps and intel. Rony did a great job driving, often on the wrong side of the road, but we returned in one piece which is the most important thing. Amir contributed some precious gases to the Ozone layer above Turkey. Thanks guys!
פורסם על ידי Yoav Perlman ב- 8:24 PM