He was looking kind of dumb with his crown and his...

Yesterday morning with Meidad to Nizzana area to do some things. Arrived early to look at some habitats under new risks near Nizzana. Saw there this impressive bull Dorcas Gazelle: 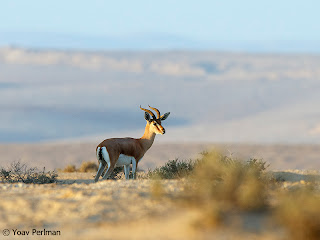 At the sewage ponds quite many tringas of four species already: green, wood, marsh and greenshank. This lost White Pelican has a nasty wound on the chest, didn't check whether it can fly or not: 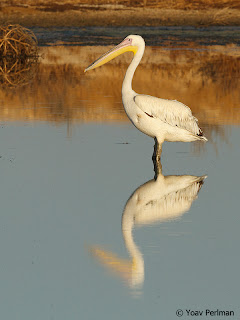 Even when in terrible moult, they are still one of my favorite birds: 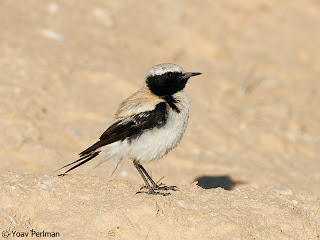 Later on we checked a small drinking spot for Crowned Sandgrouse. They are relatively tame at this spot, but this was our first visit there and we were not able to get close without disturbing the birds, so images are rather poor. Hope to improve in the near future. About 40 birds came in to drink, no juveniles seen yet. I find the males to have this dumb face expression with the eye set well back in the middle of the head and a very 'open' face, but they are fine birds. 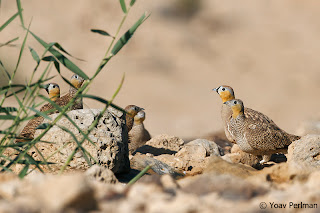 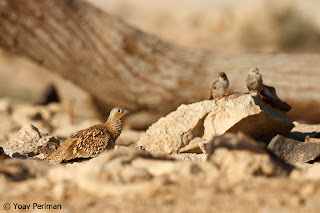 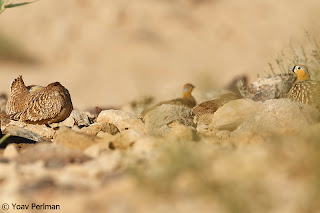 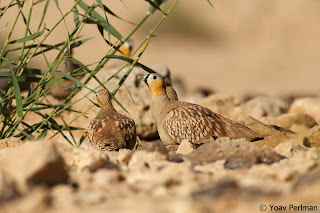 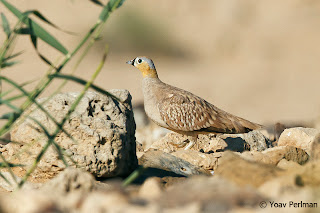 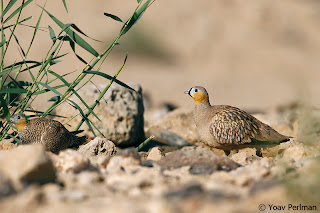 I know nothing about moult in sandgrouse, so it is interesting to record moult with take-off images showing the moult stage nicely. This male seems to be in arrested moult: P1 to P4 moulted, P5 to P10 retained, with no signs of active moult. 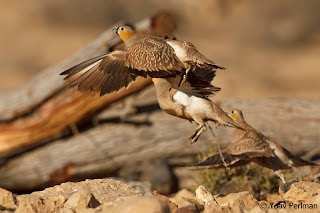 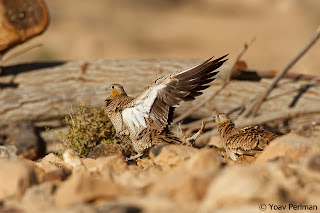 Interesting to compare with this image taken on 18 October 2010, more than three months later, but very little advance in moult, though here it looks like active moult: 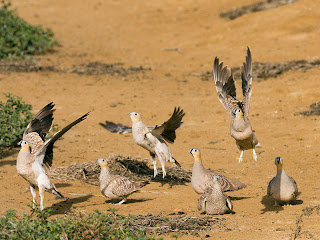