Last days have been very busy and involved lots of driving, as usual. I spent the weekend up in the north with my elder son Uri. On Friday we went ringing at Hula lake with the HVRS team - Dotan, Nadav etc. This special morning was in memory of my dear friend Amit Geffen who passed away in 2007. Amit was a great young birder and photographer. It was very inspiring to meet all of Amit's family and friend.
Ringing was very very busy - the acro factory working in full blast. But in between the acros some nice birds. In the near vicinity the pair of Black-winged Kites are breeding again. Thousands of Sand Martin up in the air. Pelicans and storks taking off. Great fun. 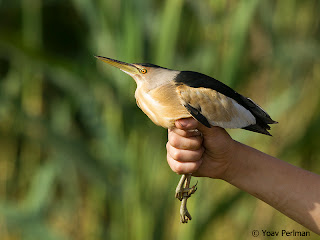 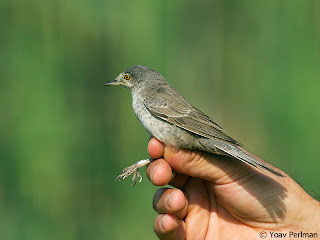 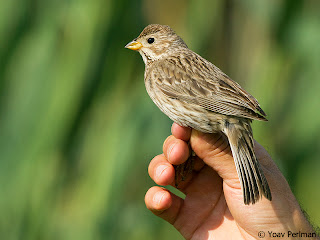 On Saturckday morning I went with Uri to the highest place in Israel - Mt. Hermon. The scenery was beautiful but it was very very cold with lots of snow still on the higher elevations. As normal in this season, birds were rather few but still I saw or heard many of the Hermon specialties - Sombre Tit, Upcher's Warbler, Horned Lark, Syrian Serin, Rock Bunting and Raven - most in flight or just heard. No chance for photography. semirufus Black Redstarts were more active than other species: 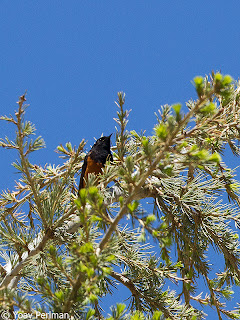 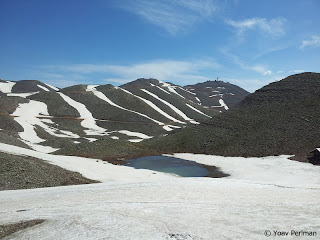 Yesterday I went to check some important habitats in Nizzana - Ezuz region. It was a terrible morning with just no birds at all! It was amazing to see or hear so few birds. No bustards at all, one family of coursers, few BB sandgrouse, and that's it. No interesting migrants at Ezuz park or at the sewage ponds.

In the evening I had a very successful nightjar excursion with Mr. Dov Litvinoff, mayor of Tamar regional council. I took him and a few of the leading farmers from the agricultural communities there to see 'my' nightjars and to discuss ways to better protect their habitat. I was joined by two large-caliber figures - Yossi Leshem and Dan Alon. We had amazing views of no less than seven Nubian Nightjars, some Blue-cheeked Bee-eaters before dusk, huge bat activity, and I think that even the toughest farmer was moved by the almost spiritual experience of watching one of Israel's rarest birds, at the lowest place on earth, in full moon.
פורסם על ידי Yoav Perlman ב- 12:23 PM