This morning I joined the annual MacQueen's Bustard count organized by the NPA. Six teams of us surveyed the last remaining steppes of the northern Negev, mainly inside Hazerim Airbase, west of Be'er Sheva. As in many other parts of the world, this large military facility is closed off and holds impressive habitats, protected from the uncontrolled overgrazing outside. Most of Israel and Sinai's bustards migrate after the breeding season into the base (walking all the way there, as discovered in a research carried out by my colleague Asaf Mayrose).
My team had 19 bustards, while the grand total was over 100. I wasn't able to get any images of them - they were all distant, and the light was bad. This image is from last year: 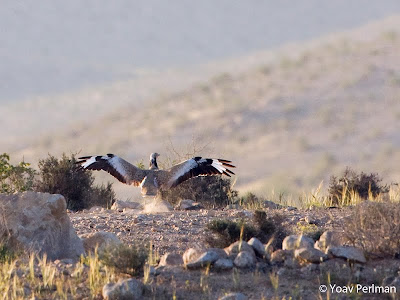 This is a general impression of the steppe habitat inside the base: 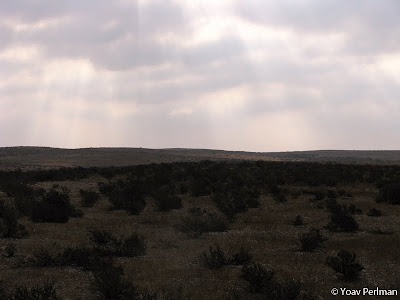 Other birds I had in the quality habitats were several families of Cream-coloured Coursers, and a few Black-bellied and Pin-tailed Sandgrouse. The only migant of note was one Eurasian Cuckoo. On the way out I had a flock of 30 Red-rumped Swallows perched on wires - they are clearly on the move: 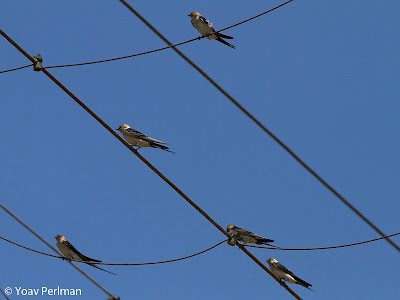