At last, after a week without photoshop, I was able to edit my images from the Mt. Hermon ringing session last weekend. Mt. Hermon is the highest mountain in Israel, peaking at 2272 m ASL. Due to its height, it sustains a unique ecosystem. Many bird species breed in Israel only on Mt. Hermon, while others have their largest populations on the mountain. We've been monitoring bird populations (mainly seed-eating passerines) at drinking sites on the mountain since the late 1970's (see my posts from last year here and here).
This year We had rather low figures, below average, but species composition was normal. 'Big Three' were Syrian Serin, Linnet and Goldfinch. Rock Buntings showed in good numbers, but Black-heads were fewer than normal. They migrate very early, so perhaps they've already moved on?
Rock Bunting - male 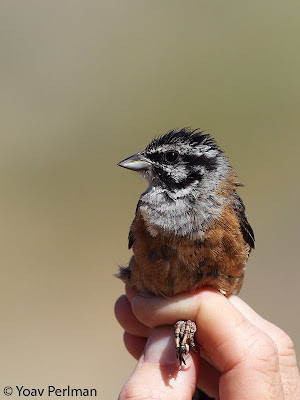 Unfortunately all adults are just before their post-breeding moult at this time of year, so they are very worn and bleached. This guy is heavily worn:
Syrian Serin - male 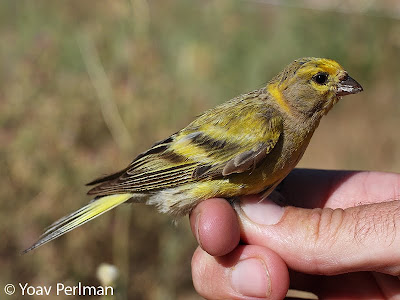 We had no real suprises, but it was nice to have some of the scarcer Hermon birds, such as Hill Sparrow (two juvs). This is the only place in Israel where they breed regularly, while they are nomadic and irrutpive in our desert regions - see here. We also had three Ortolans - there's a tiny population breeding on Mt. Hermon.
Hill Sparrow - juvenile 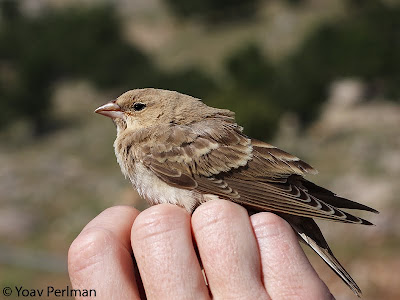 Rock Sparrows showed in larger numbers. This is a juvenile: 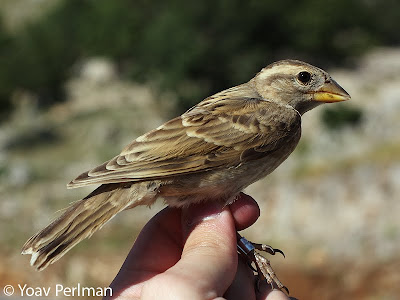 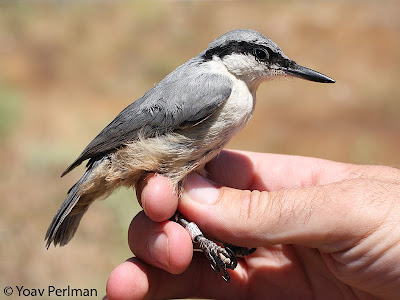 Re'a having a go at the nuthatch: 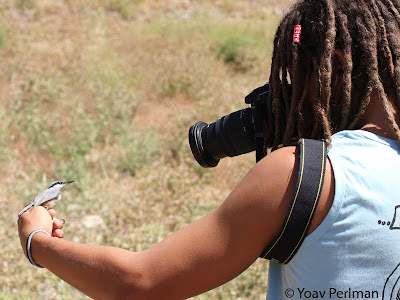 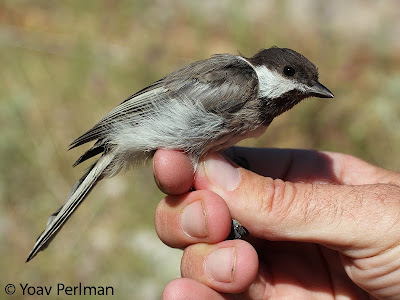 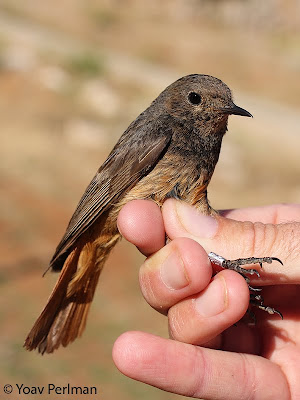 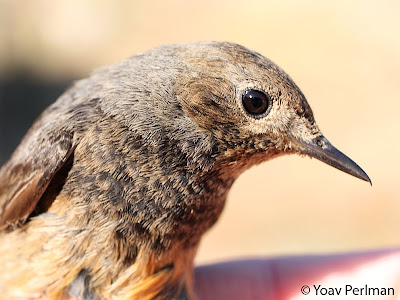 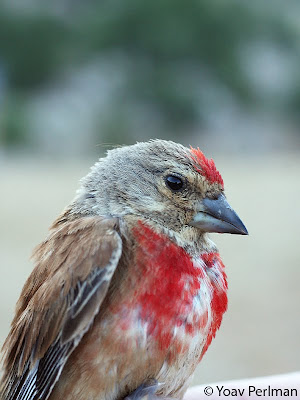 The pond we were ringing at had huge numbers of tiny Green Toads (Bufo viridis) - about 2 cm long. Many of them ventured away from the pond: 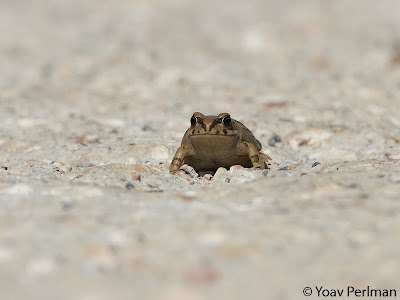 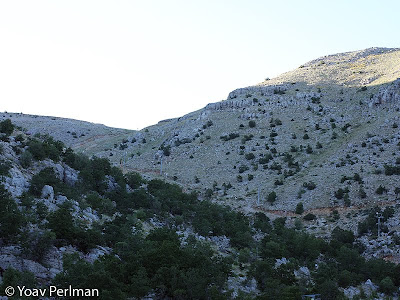 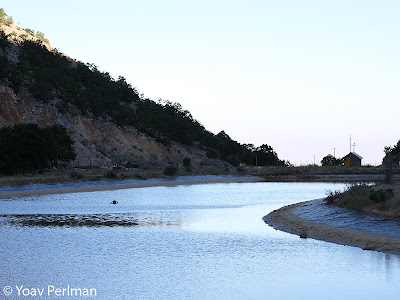 Part of the ringing team: 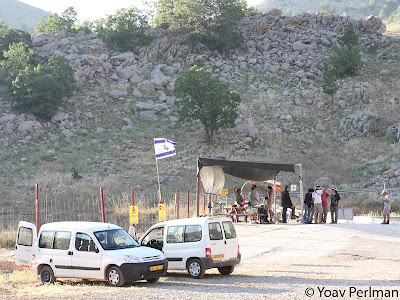 Many thanks to Nadav and Dotan of the Hula team for organizing the session so well.
פורסם על ידי Yoav Perlman ב- 6:24 PM