This is the last batch of images from Kenya. From now on I need to produce new stuff instead of recycling...

One of the trip highlights was fantastic views of Sokoke Pipit - perhaps the hardest to photograph of the six Arabuko-Sokoke Forest specialties. We had two of these skulkers walking on the forest floor typically hidden, and then flew up to a tree and sat there totally exposed: 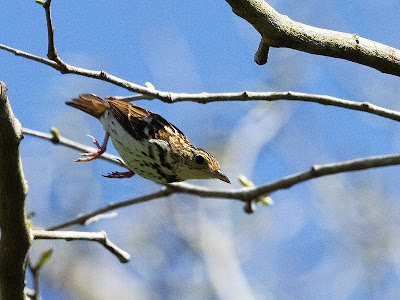 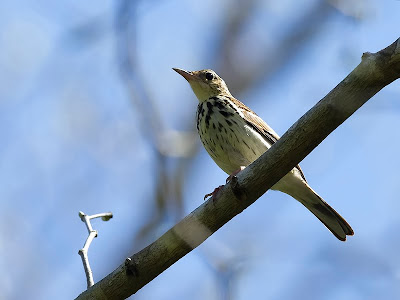 Another good bird at Sokoke was Scaly-breasted Honeyguide: 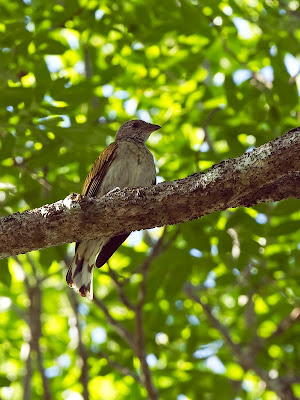 Chem-chem Lake was very good for passerines. It is a key site for Malindi Pipit, easily seen in the damp fields around the lake: 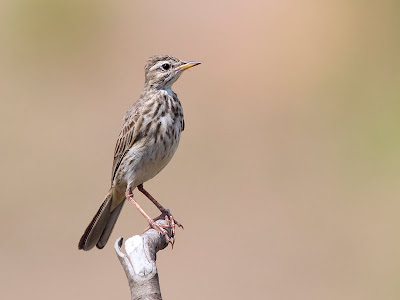 Not as rare but much prettier were a few lutea Yellow Wagtails: 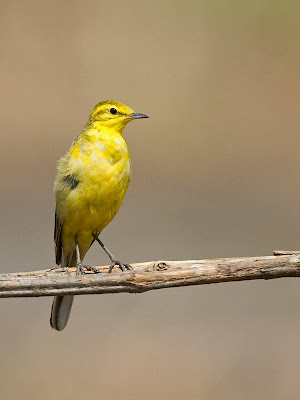 Sabaki Rivermouth was very good with lots of shorebirds, terns and larger waterbirds, but quite a pain for birding with annoying kids not leaving us alone for a second. We were there at low tide so had relatively few terns, only 5000 Saunders's Terns... (compared to 500,000 coming in to roost at high tide - must be a high proportion of the world population!). Unfortunately they were all distant, across the river. A few Pink-backed Pelicans were flying around: 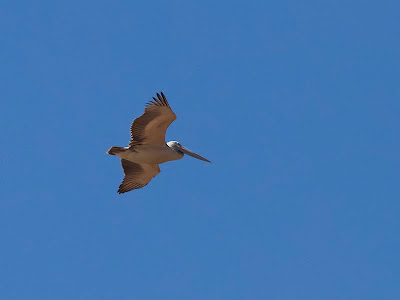 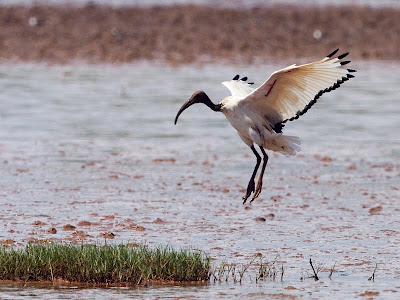 And among the thousands of migrant shorebirds we had several White-fronted Plovers: 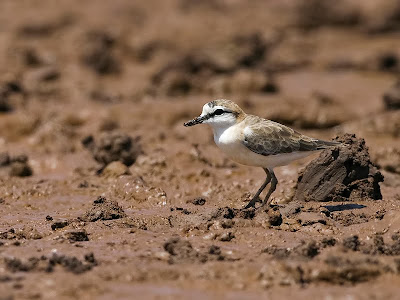 On our way back to Nairobi we stayed for one night at Ngutuni lodge, which is situated inside the Ngutuni Wildlife Sanctuary, adjacent to Tsavo East NP. Driving in there at night produced a lioness and about 30 nightjars of six species! Morning birding was fantastic and we had to fight ourselves to leave this fantastic reserve. I especially enjoyed the handsome Fischer's Starlings with their striking pale eyes that were present in good numbers: 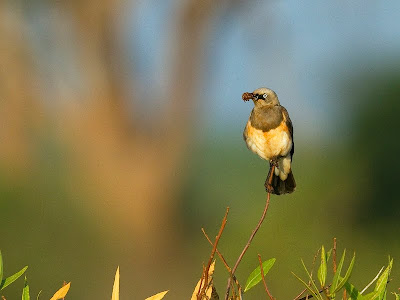 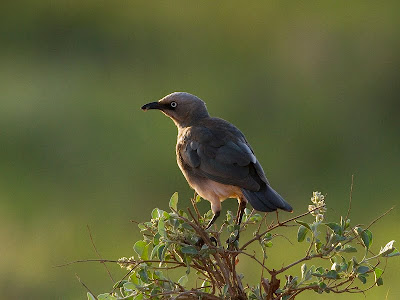 Down on the plains there were many more Pied Wheatears and Rock Thrushes compared to the mountains of Tsavo West.
Rock Thrush 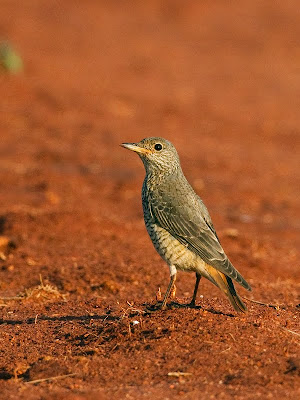 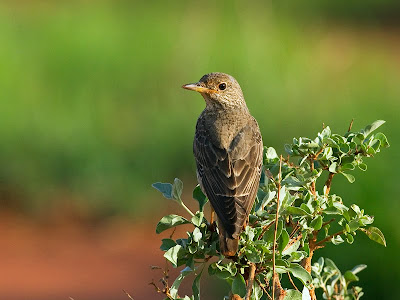 Before flying out we spent one morning at Nairobi NP with Peter Wairasho. I was especially interested to see Nairobi Pipits, so I could understand what Itai is talking about all the time. This proposed split from Long-billed Pipit, Anthus chuyulensis, looks quite different and has a very unique habitat preference. We had a territorial pair right by Impala lookout: 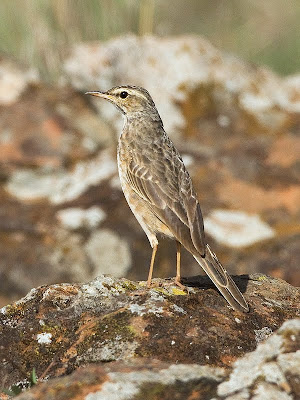 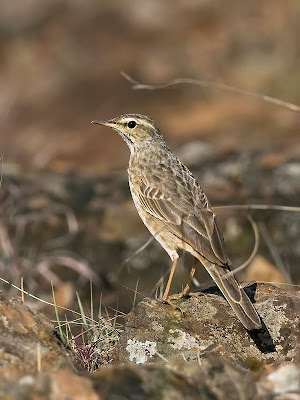 Little Bee-eaters are little stunners! Can anyone identify the butterfly? 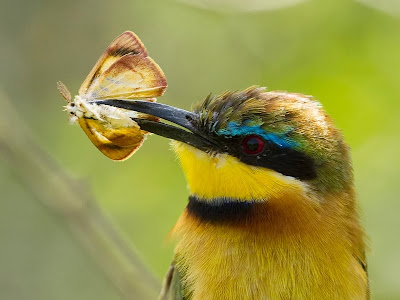 Another common but good looking bird is Augar Buzzard: 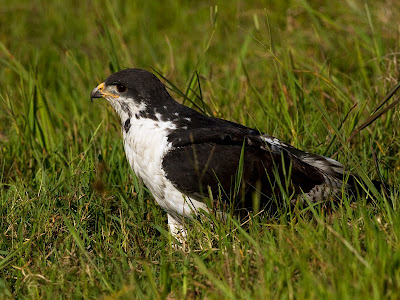 Long-crested Eagles have much carisma: 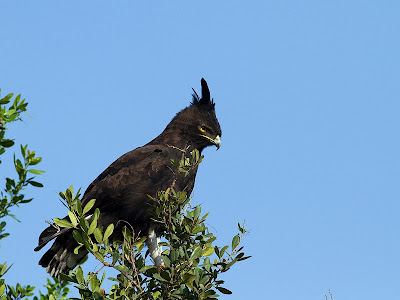 This pretty White-eyed Slaty Flycatcher posed nicely at the cafe by the main park gate: 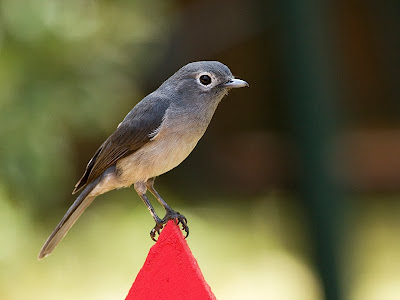 This Red-billed Teal was in fact the only duck we had all trip ('cause we didn't visit any decent wetland): 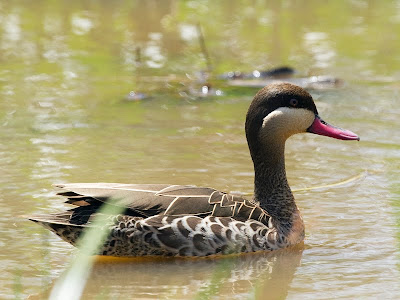 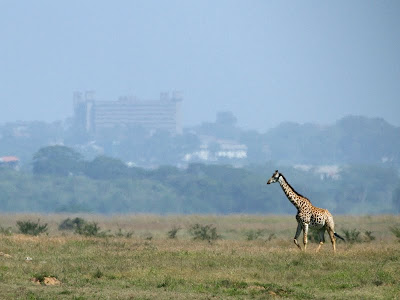