My photoshop license expired a few days ago and I am still unable to edit my images. Hope to get that sorted soon. Gal Shon edited these images for me - thanks Gal! Find a White-tailed Rubythroat soon!

Anyway, on Tuesday I had a few hours in the morning to check the famous powerline and its surroundings in the NW Negev. The whole area received very little rainfall and is still exceptinally dry. Birding was OK but a bit on the slow side.
I began with a search for Dotterels. Barak and Eyal found a large concentration a few weeks ago when I was in Kenya. It took my some time to find a group of 39, but as I found them a group of bastard Brown-necked Ravens flushed them, and they flew out of sight: 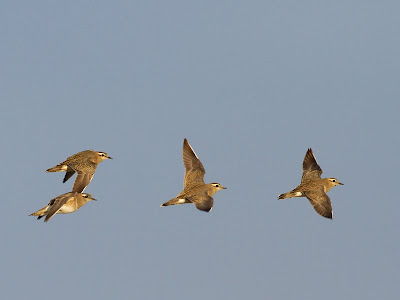 This is one of the rascals: 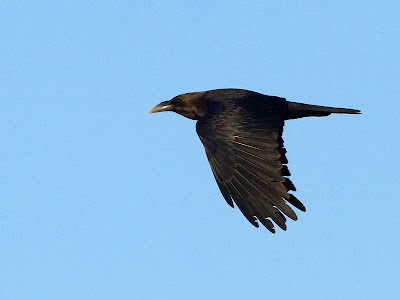 I continued birding in the general area and had 4 Eastern Imperial Eagles, 3 Peregrines, 2 Merlin and 1 distant Saker. As usual, lots of Saker food around - skylarks, starlings and pigeons.
Among the commoner stuff had a few hundred Calandra Larks, several Tawny Pipits, 2 Finsch's and good numbers of Isabelline Wheatears: 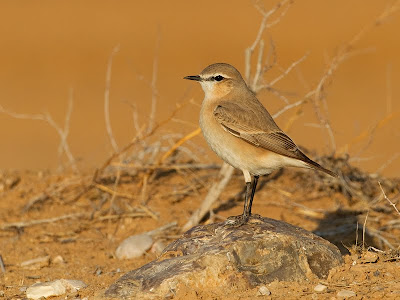 Later on I found another small group of nine Dotties, tht were a bit more coopertive. They are superb plovers, so deliacte and sweet. Of course compared to how they look like in summer they're brown jobs at the moment, but I'm quite happy with such brown jobs: 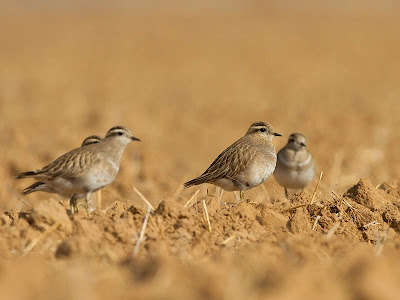 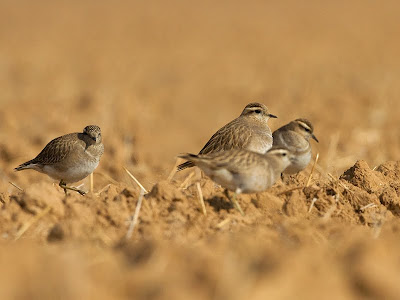 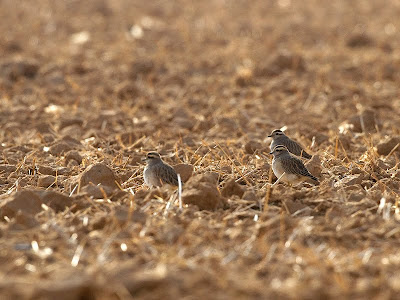